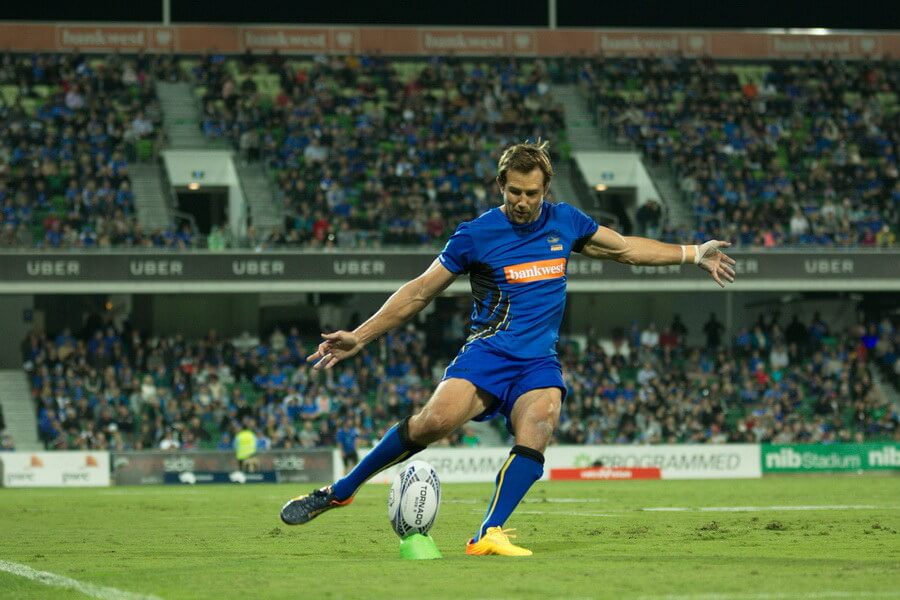 Friday’s Rugby News sees the teams for the weekend, club corner, more on the two most disgruntled players in Aussie rugby right now and the Force picking up a big signing.

The boys are back in town

It’s Friday, the rugby is back on and all five of the Aussie teams are back in action this weekend. Three of them are against international opposition, so without further ado…

The Reds are heading to Tokyo to play the Sunwolves as the first match this weekend.

In what has been an interesting buildup, JP and Ruan Smith have been dropped from the squad entirely because they missed Monday’s recovery sesh. And that, understandably, pissed Brad Thorn right off.

However, the Reds have some welcome returns after their losing streak came to an end a fortnight ago when they beat the Lions.  James Slipper and Jono Lance return to the squad, with Hamish Stewart moving to fullback and Aidan Toua moving to the bench. However, Caleb Timu has been ruled out when an ankle injury.

The Reds showed the potential they have last fortnight with a performance that I think will be a pivotal point in their season, and I predict it will continue here. Reds by 10.

By comparison, I have absolutely no faith in the Waratahs pulling this one off.

They are in Christchurch, playing the top team in New Zealand and the competition, the Crusaders. The chips are heavily stacked against them, but as I’ve said in the past, come on Tahs, prove me wrong!

Nick Phipps will start at halfback for the first time this year, with Curtis Rona returning to outside centre and  Shambeckler Vui coming up to the bench.

Out of curiosity, are there any GAGRs that have any hope that the Tahs can win this? I’m actually serious. If there is, I genuinely want to hear how that would happen. For me, I don’t see nothing but a heavy loss. Crusaders by 30 or more.

Finally, to finish off Super Rugby we head to Canberra for a crucial derby match between the Brumbies and the Rebels.

The Ponies are currently on a three match losing streak, having gone down to three international teams in a row. They also are on a tough dry spell of their own against Aussie opposition so far this year.

It ain’t as bad as it is for the Rebels, who are on a five match losing streak, all against international opposition.

David Pocock is still out, with Dan McKellar hopeful that he can recover in time for the South African tour, while the Stockade have also lost another Wallaby in Dane Haylett-Petty, who joins Will Genia on the sidelines.

As much as both their seasons now being all about pride, I’m personally bloody sick of the Brums going down to Aussie teams, and I reckon they’re going to heap more woe on the Rebels this weekend. Brums by 7.

The other Super Rugby games this weekend see the Blues host the Hurricanes, the Highlanders host the Lions, the Stormers play the Chiefs and the Bulls host the Sharks.

Last, and absolutely not least, the Western Force head into round two of World Series Rugby this weekend, when they host the Tongan national team.

Tonga will pose a bigger threat to this Force outfit, who looked in great form as they came off a 24-14 win over the Fiji Warriors last week. The Force are still to name their squad, so once they do post it I’ll link it in the comments section.

I predict a much closer match, but I think the men from the West will hold on and pick up their second win. Force by 5.

Ladies and Gents, it’s that time of the week again. You know the drill, let’s go!

Starting down in Melbourne, the Dewar Shield saw some much closer matches compared to previous rounds in round 3, with Box Hill going down to Harlequins 26-36, Uni heaped more pain on Footscray 17-12, Moorabbin defeating Endeavour Hills 20-13 and Power House losing against current ladder leaders Melbourne Rugby Club, 14-31.

Next up, over in WA the Premier Grade served up a couple of surprising results in Round 5, with Palmyra picking up a 25-25 draw with Wanneroo Districts, Wests Scarborough nearly got shocked by Perth Bayswater 25-24, Nedlands knocked over UWA 35-27,  Associates hammered Joondalup 45-7, Cottesloe beat Kalamunda 31-25 and the Cavaliers went down in a mighty contest against ARKs, 37-47. Defence clearly went out the window on that one.

Wanneroo Districts will have the bye.

Next up, the John I Dent Cup served up some floggings in round 5, with Royals accounting well for Easts 38-19, Tuggeranong flogged Easts 71-24, and Uni-Norths got back in the winners circle against Gungahlin, 22-10.

Gungahlin will have the bye.

Next up, the Shute Shield delivered some interesting results in round 5, with Gordon getting flogged by Sydney Uni 10-87, the Wicks going down in surprise fashion to the Woodies in Randwick 19-43, Northern Suburbs drew with West Harbour 20-20, the Rats defeated Southern Districts 38-24, and the Beasties smacked the Two Blues with a 41-7 loss in a tough match in Orange. Manly picked up a automatic bonus point win, with the whole new shitty system in place regarding the Emus.

Now, we head to Queensland for the Hospital Cup, with Sunnybank defeating Brothers 24-21, Norths going down to University of Queensland 18-21, Souths hammered Bond Uni 63-36 and GPS went down in a thriller to Wests 29-36.

Brothers will have the bye.

But, just when you thought it was the end, guess what? I found the right link to South Australia’s Coopers Premier Grade! Last week saw round two of their competition, with Souths Suburbs going down in a thriller to Onkaparinga 34-35, Burnside defeated Old Collegians 33-22, and Woodville got hammered by Brighton 19-52.

Finally, we got you in there SA! Hope everyone enjoys their rugby this weekend.

Israel Folau and Quade Cooper are two interesting figures right now, with one being highly sort after, and one being not sort after at all.

Starting in Sydney, Izzy has already pissed people off due to his inability to think before he tweets, but he also earlier this week had reportedly got frustrated with the fact that he has been reduced to playing on the wing for the Tahs.

Izzy has been named at fullback for the Crusaders match, but like last week could be shifted to the wing later in the game to make way for Bryce Hegarty, and as we found out, Maria wasn’t very happy about that.

“We’ve had a lot of honest conversations with Israel around playing fullback or wing and as far as we’re concerned he’ll play where the team best needs him,” Daryl Gibson said on Thursday for Fox Sports.

“Fullback or wing, he’ll do what is right by the team.”

The Waratahs are aiming to focus on not turning over the ball, as doing so would, according to Gibson, play right into the Kiwi teams hands. Do that, and he believes they can pull off a miracle win.

“A lot of our improvement areas is around that, making sure that because we want to play positive rugby, we can make errors and try to reduce those,” Gibson said.

“Last year the Crusaders came to Allianz and wore us down, by about the 60th minute. We let that game slip. For us, we have gone away and done a lot of work on our fitness and I believe we can go the 80.

“If we can be at our best, I believe we can win, and the players believe that too.”

Meanwhile, up in Brisbane, Quade Cooper admitted that he was perfectly happy to bide his time in club rugby to earn a recall, even after he turned down a chance to play with the Brumbies.

“The more difficult it is to reach the destination, the more you will remember & appreciate the journey.”

Him playing club rugby is currently costing Rugby Australia $650K a season, and Raelene Castle was hopeful that Cooper would change his mind and play his rugby anywhere but Brisbane.

“He’s contracted with the Reds and if he wants to stay there and play club rugby, that’s what he’s allowed to do in the contract.

“As an athlete himself you would think he would want to be presenting himself on the best stage and playing in the highest level of competition — that’s what high-performance athletes are about.”

All is well in WA

The news for the Force keeps getting better and better, ahead of their match this weekend against Tonga.

Jeremy Thrush has signed a deal with the WA club following the end of a stint at English club Gloucester, which will see the Kiwi moved to the West as soon as his season ends. He is an experienced head, with 12 All Black caps, 110 Super Rugby caps and over 50 caps in the Aviva Premiership.

The Force will be blooding new talent this weekend too, with local products Clay Uyen and Alifeleti Kaitu’u coming in for fullback Peter Grant and hooker Heath Tessmann, respectively.

There is a lot of threat in the Tongan side, but Rodney Iona hopes that the Force can nullify their strengths.

“Tonga like to take it up the middle and they will be looking to bash us where they can,” Iona said.

“It’s been back to the drawing board, assess how they play and come up with a new game plan. It’s going to be interesting.

Coach Tim Sampson added that with more and more players showing interest, it is proving to everyone that World Series Rugby is no gimmick event.

“I think it’s out there now that it’s not a gimmick,” he said to rugby.com.au.

“We’re fair dinkum here. What the club is doing and aspiring for – we want to go all the way with this.

“Jeremy has played under some of the best coaches in world rugby, alongside the best players in the world.

“I think it gives our club and World Series Rugby some credibility, that such a player wants to come and be a part of it.”

The Force will take on Tonga on Sunday afternoon in Perth.