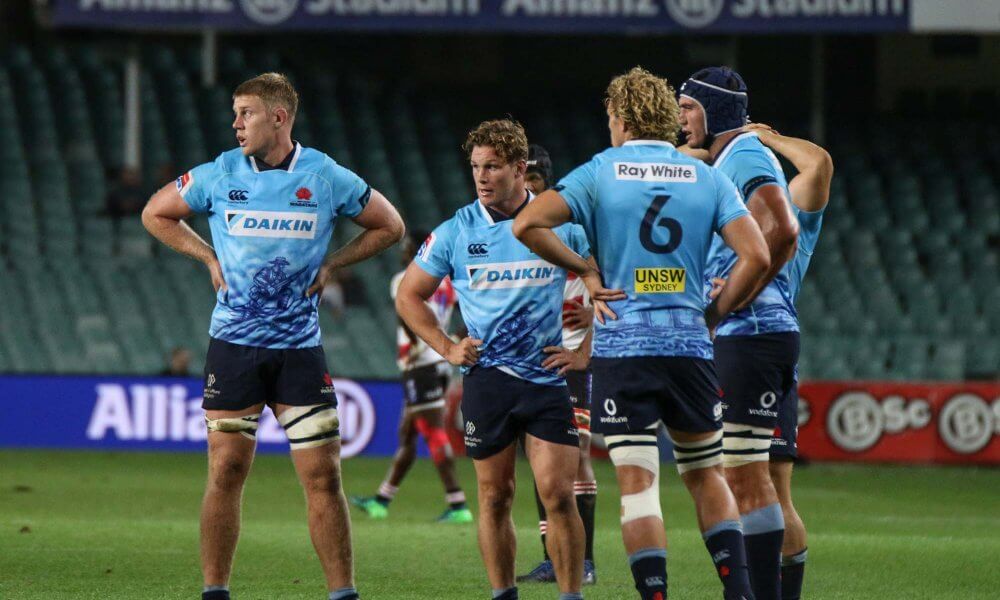 To despair, or to not despair?
That is the question

Are there any casual Waratahs fans left? You, you at the back, is your hand up or down? Right, well that makes two of you. But never mind, the true faithful will be watching come Saturday night with a morbid interest in just how long the Tahs can resist the might of the Crusaders. Yes, the true faithful, us few thousand, will settle into our favourite armchairs and mutter “this time, Tahs, this time” as referee Ben O’Keeffe blows his acme thunderer to start the carnage.

The Crusaders have quaked at the prospect of playing the Waratahs 24 times (memo to self: check the definition of quaked) and, somehow, just somehow, have managed to escape with a victory on 18 occasions. Can you believe this? Just goes to prove that there are lies, damned lies and statistics. I think this may form the basis of Waratahs coach Daryl Gibson pre-match psych-up. I can almost hear him now “right boys, just remember – no one predicted that the Blues could beat us last week, am I right?” Tahs Coach Daryl Gibson urges the boys to follow him

I can’t believe you would ask me that. Are you serious? Man, this is the match all coaches dream of, the match where we “damn well redeem ourselves”. I can smell the redemption from here and I can tell you, man it smells good. Some fools dream of money, fast cars and beautiful women but this fool dreams of beating the Crusaders. And I’m telling you, come Saturday night those Crusader supporters will be wishing they hadn’t ventured out into the cold Autumn night in Addington. Yes, okay, okay, the Speights Ale House just up the road has some nice-ish libations available but I can attest that they do not stock Tooheys New. It’s a slap in the face I tell you, an insult these brave Tahs lads will not let slide.

A battle for the ages is unlikely but the Tahs forward pack will run all night. And they will have to as the clever Crusader forward pack is likely to view the relatively lightweight Tahs forwards as an avenue to easy metres. Expect to see the indomitable Michael Hooper tied up in knots at the bottom of rucks, or cleaned out from the vicinity of the ball (where vicinity is defined as within five metres) all night long. 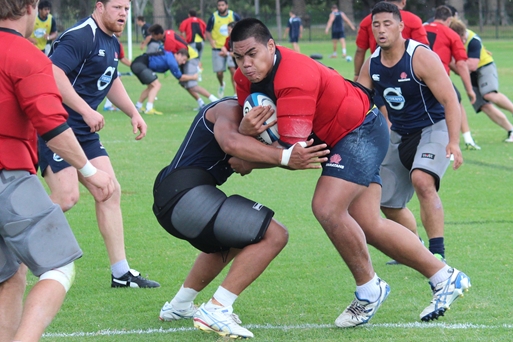 Michael Ala’alatoa, another who got away

Battle of the Backs

There is talent and guile in the big numbered jerseys for the Tahs and also significant brawn out wide so hopefully the tenacious Tahs tighties can win enough ball for Foley, Beale and Folau to show their footwork to best advantage. Crusader centre Tim Bateman may not be a big name but he is no Johnny-come-lately and won’t be easily deceived.

Waratahs coach Daryl Gibson hinted at the game plan for this week when interviewed for the NSW Rugby website after last week’s shock loss to the Blues: “What we need to improve on is nailing our opportunities when we have the ball-in-hand at crucial times. We’re trying to play some really positive rugby and at the moment, we are committing too many basic errors that are leading to turnovers.”

So, deciphering the coach-speak: “We have to be better.”

Crusaders coach Scott Robertson will allow his team full rein to mix their tactics, with the forward pack choosing between close quarter hand to hand combat and wide pod work aimed at stretching the mobile Tahs before unleashing their intelligent backs. Expect to see Crusader fly-half Richie Mo’unga play orchestra conductor as he chooses the right moment to unleash the likes of Tamanivalu, Mataele and Bridge. The Tahs will need to be ever vigilant – every scrum, every lineout, every breakdown is viewed as an opportunity by the Crusaders.

Crusaders to be too clinical in all four corners of the match, taking their opportunities and punishing any Tahs mistakes.
Crusaders by 20.