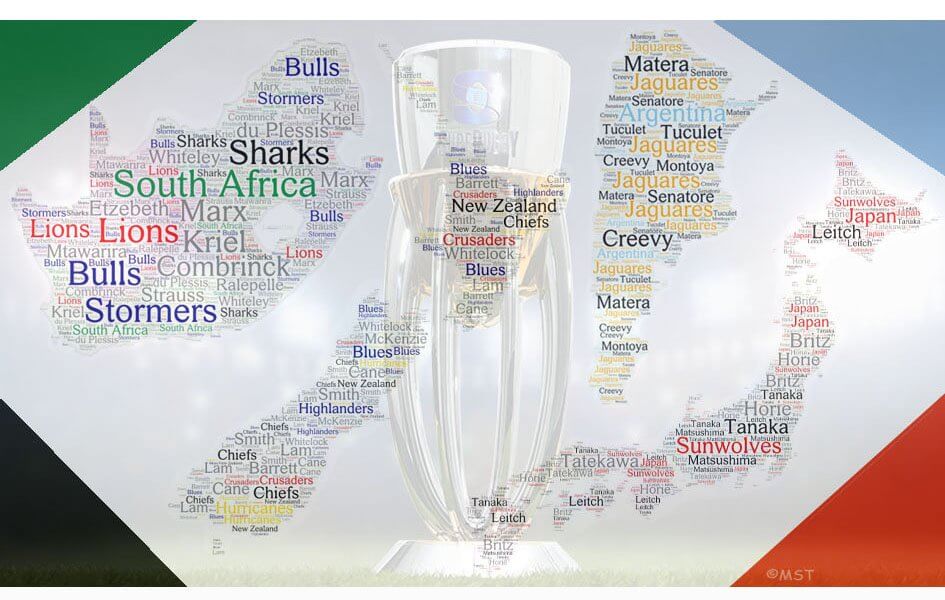 Welcome to UN-AUSTRALIAN ACTIVITIES where we cover all the un-Australian matches so you don’t have to!

The Jaguares completed a clean sweep on their Australasian tour in Rotorua on Friday night.

The Chiefs dominated territory and possession in the first half but whereas that would usually translate into at least two or three tries, they were strangely uninspiring in attack and had to rely on the boot of Damian McKenzie for their 12 points.

The Jaguares scored the only try of the half, and what a beauty it was. Fullback Joaquin Tuculet, standing in as captain, started it with a scything run from inside his own half, wing Ramiro Moyano adding the finishing touches. A Nicolas Sanchez penalty had the visitors down by two at the break.

Sanchez put his side ahead soon after the resumption and the Chiefs then had a very bad few minutes. First Michael Allardice attempted to stop Tomas Lezana charging down a clearing kick by flinging out an arm. Lezana, airborne at the time, landed badly and Allardice was binned. From the resulting lineout the Jaguares drove and Messam was adjudged most at fault when the maul collapsed just short of the line, copping a yellow card after the penalty try had been awarded.

Reduced to 13 and now trailing by ten points, the Chiefs defended heroically and appeared to have got themselves back in the game when Charlie Ngatai scored a stunner. The TMO had other ideas, however, ruling that Nathan Harris had knocked the ball on while preventing it going into touch.

A try for debutant Parete after the siren enabled the Chiefs to salvage a losing bonus point but the night belonged to the Jaguares who in the past few weeks have looked increasingly like the team they were expected to be from the time they entered the competition.

A Ben Lam hat trick and some typically robust defence saw the Hurricanes home at home on Saturday against a Lions side full of endeavour but unable to fully capitalise on their many opportunities.

Lam struck early, swooping on a loose ball in just the sixth minute and having too much power and pace for Ruan Combrinck to score right on the touchline. Beauden Barrett, kicking more or less into the wind, found enough of the woodwork for the conversion to be successful.

The Lions suffered a major blow soon after, hooker Malcolm Marx limping off with a groin strain that may see him miss the June Tests. The Hurricanes then added insult to injury by scoring off turnover ball from just inside their own half, Nehe Milner-Skudder and Matt Proctor setting Ardie Savea away to score to the right of the posts. This being Wellington the breeze on that side was considerably less than on the left and Barrett had no trouble adding the extras.

Desperately needing to score next or risk falling too far behind to catch up, the Lions were almost gifted a try when halfback Fin Christie threw a shocker of a pass at Barrett. Milner-Skudder tried to tidy up but was forced to run it dead and concede the 5m scrum. Scrum half Nic Groom duly scored after No. 8 Lourens Erasmus was brought down just short and Elton Jantjies made sure the Lions trailed just 7-14 at the break.

Lam’s second try five minutes after the resumption was set up by Barrett and Laumape but he was left with plenty to do in beating two defenders with not much room to work in. Barrett’s conversion from the more-difficult left side, and with the posts now noticeably moving, made it 21-7.

Almost from the restart Lam had his third, his forwards providing the platform and he the finishing touch, this time from about 35m and given a straight run in under the posts. Barrett made it 28-7 and the Lions again found themselves needing to score next to stay in touch.

They did so immediately, the Hurricanes making a mess of the restart and the Lions forcing the turnover for Marnus Schoeman to score from close range. Jantjies, kicking into what was now a strong wind, missed the conversion meaning the Lions would have to score three times in the last 14 minutes to pull off the win.

Wing Sylvian Mahuza gave them some hope, swooping on a loose pass near half way and showing extraordinary pace to outrun the cover. Jantjies converted to make it 19-28 but the Hurricanes closed out the match for a victory that while not vintage does keep their momentum intact.

The Hurricanes remain second in the New Zealand Conference and fourth overall but have a game in hand over the table-topping Crusaders, while the Lions remain on top of the South African Conference but have seen their once commanding lead considerably reduced.

After watching the first scrum I truely feard for the Bulls forwards. The Stormers drove through them like a middle-aged Aussie man at a seafood buffet. And for the next ten minutes, it looked like the Stormers would blow the Bulls off the park. The sharks put Willemse through off the back of that massive scrum and Wilco Louw went over minutes later again off the back of their forwards’ dominance.
But then the Bulls managed to get hold of the ball and the game changed. To their credit, the Bulls managed to come from 12-0 down to lead at halftime. Lood de Jager, the man-mountain with the childlike face, ran the hard line between the Stormers centres to score and they made up the rest of the deficit with a string of penalties.
The Stormers still had the better of the scrum, ruck and mauls but it was now patchy. One moment it was on target and the next it was off. The Stormers easily holding the Bulls scrum with seven men, on target. Next minute giving away penalties for incorrect bind. off.
Still, the Stormers managed to score two more tries in the second half to the Bulls one. And with twenty minutes to go, the Stormers had opened up a handy twelve point lead. As time ticked down the Bulls tried desperately to close the gap only to drop or turnover the ball at the final hurdle.
All in all, it was a very entertaining game only slightly spoiled by the penalties and dropped pill from both sides.

The Sharks continued their impressive recent form with a bonus point win over the Highlanders in Durban.

Lima Sopoaga kicked off and seconds later had a return kick snatched from his grasp by Ruan Botha who put Akker van der Merwe away for one of the quickest tries of the season with just 36 seconds gone. Flyhalf Robert du Preez knocked over the conversion.

Andre Esterhuizen should have made it 12-0 soon after but dropped the ball over the line after colliding with Waisake Naholo but it was a brief reprieve for the Highlanders, “Beast” Mtawarira and du Preez setting up Makazole Mapimpi who powered over the top of Sopoaga to score, du Preez converting for 14-0.

Dillon Hunt finally got the Highlanders on the board just on the half hour mark, scoring off the back of a rolling maul that came up just short but sucked in enough defenders to leave a gap. Sopoaga made it 7-14 but from the restart a du Preez hoist caused all sorts of problems for the defence and the Sharks were awarded a penalty that du Preez duly kicked for a 17-7 lead.

The half ended with the Sharks hard on attack, scrum half Cameron Wright being held up just short, and some push-and-shove after the fact. The Highlanders must have come close to having the penalty they’d just earned reversed but they survived to trail by 10.

The Sharks were first to score after the break, Dan du Preez benefiting from Mapimpi’s slap-down to Lukhanyo Am and Am’s draw-and-pass. Rob du Preez converted his brother’s try.

Try as they might the Highlanders couldn’t find a way through the Sharks defence and just after the hour mark Sbu Nkosi put the game beyond reach, dotting down a du Preez grubber into the in-goal. Du Preez grabbed the fifth and final try after a superb Curwin Bosch run, converting for 38-7.

Teihorangi Walden scored late for the Highlanders, set up by Ben Smith’s jinking run and floated offload but it was far too little far too late and the Sharks made sure of the bonus point with some stout defence in the closing stages.

The Sharks have now gone third in the South African Conference after being dead last just a few weeks ago, and now hold eighth on the overall table. The Highlanders remain third in the New Zealand Conference and fifth overall, but now trail the Hurricanes by eight.

This week’s matches (times are AEST):

(Ed: My apologies for this coming out days late. Completely my fault.