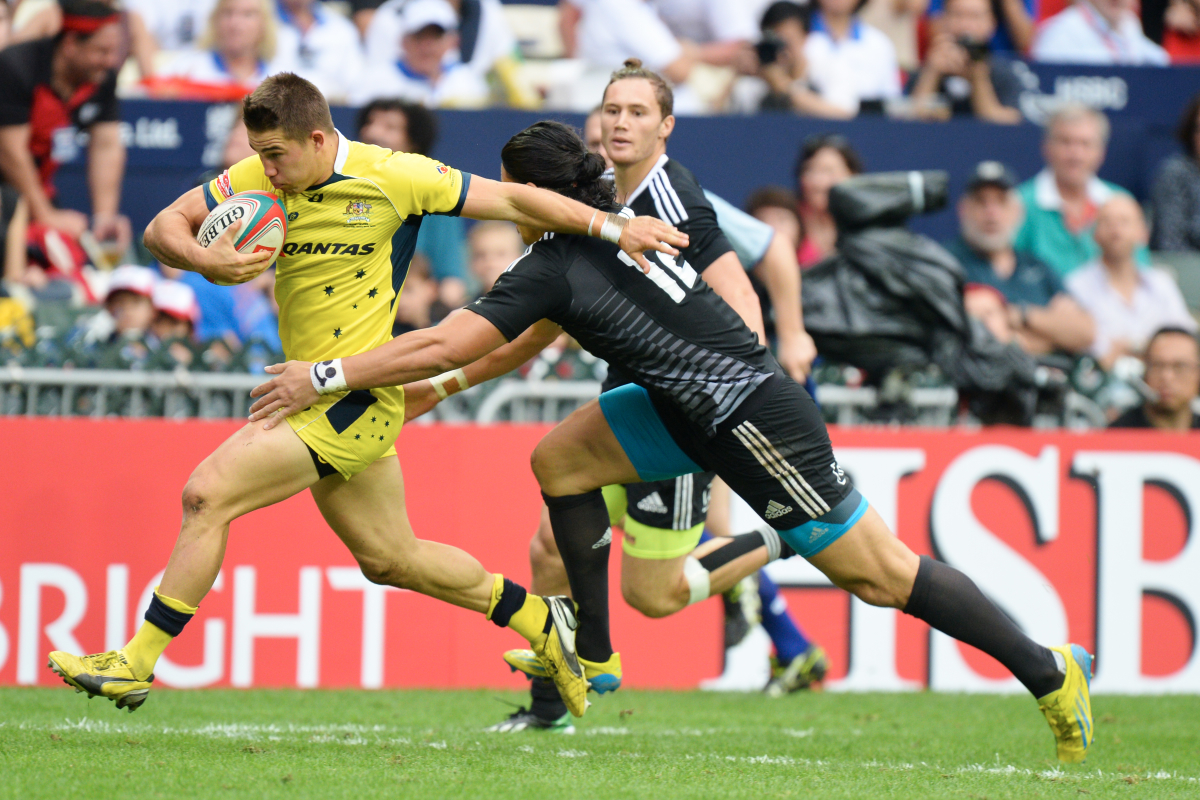 It may be summer and the Spring Tour may have ended, but there is still Rugby to be played as both the Australian Men’s and Women’s take to the field in Dubai over the next few days.

Dubai is the second of nine stops for the men on the series and the Australian side will be looking to improve on their showing at the Gold Coast where they went down to Argentina in the Plate Semi-Final.

The Aussies are grouped with England, Kenya and the USA in group C and will be boosted by the return of Greg Jeloudev and Allan Fa’alava’au to the 12-man squad as coach Geraint John has looked to mix things up a bit for his second tournament in charge by adding some players with speed to the squad.

For the women, Dubai is the first of six tournaments towards qualification for Rio in 2016 and top four sides on the ladder at the end of the six rounds will be heading to Rio to join hosts Brazil in the quest for the Gold medal.

The team boasts the Worlds best sevens player in Emilee Cherry and is joined by the likes of Sharni Williams, Alicia Quirk and speedster Elia Green in a team that should come away with victory at a venue where they have tasted success before. They will line up in Group B alongside South Africa, France and Spain.

Coach Tim Walsh has used a warmup tournament in Fiji to test out some of the combinations and they did not disappoint, coming away with the title with some big wins along the way.