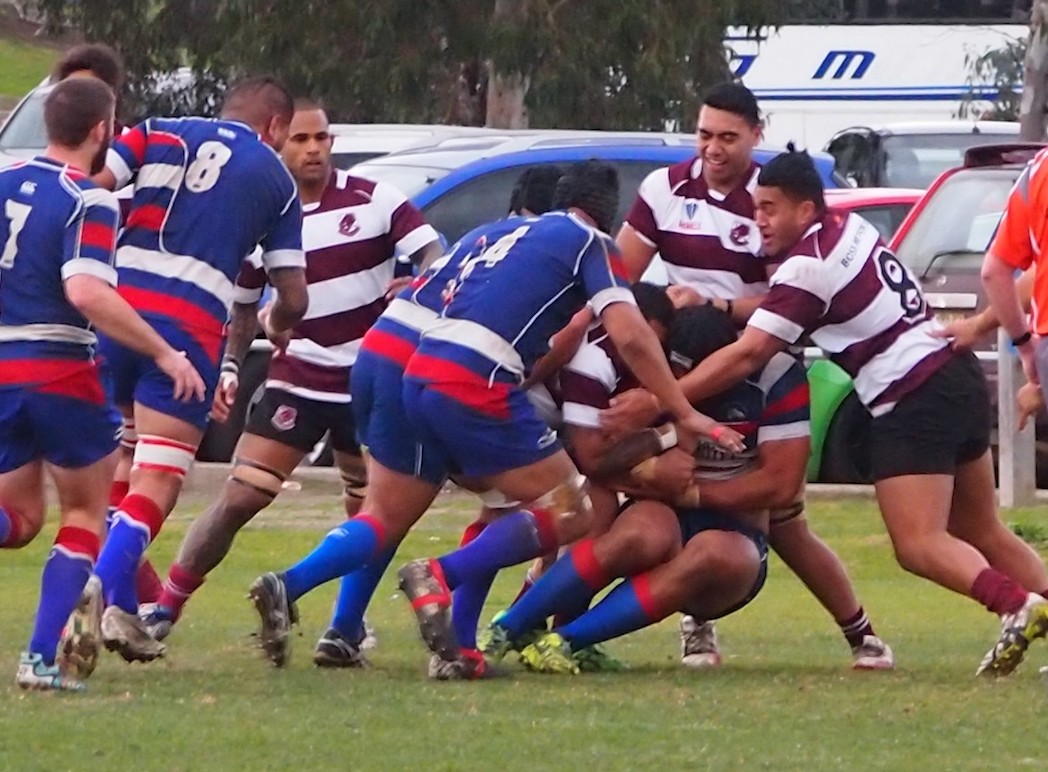 After seventeen rounds in the Dewar Shield, only percentage was separating the reigning champions from the surprise package, Box Hill. In the last round Harlequin made the best of a weaker opponent, smashed Southern Districts 38-15, when their rival managed to narrowly defeat third placed Melbourne by a point.
Harlequin will host Box Hill next week in the major semifinal, whilst the unicorns will host Moorabbin in the minor semifinal. 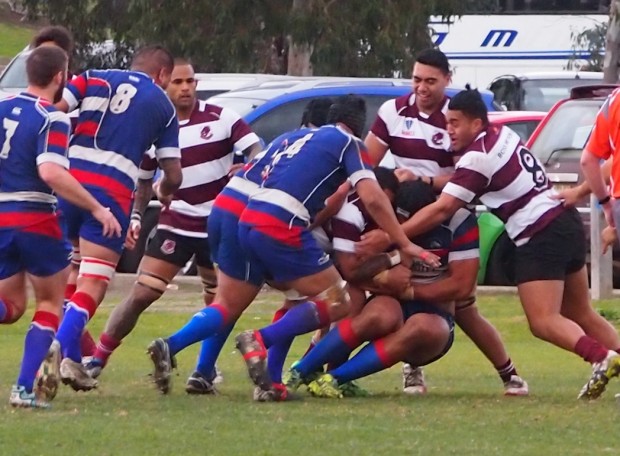 Footscray over Endeavour Hills with a bag of tries

In the last game of the round, with the top fliers set, the remaining five teams played for glory. And glory has come to Turner Reserve for the Bulldogs. The host dominated the scrum thanks also to a powerful display of Rebels’ hooker Cruze Ah Nau and were able to control better the ball in open play, with newly announced Melbourne Rising duo Martin Naufahu and Shane Imo very sharp in the midfield. The visitors have to be praised for keeping playing and taking ten points back at the end of the game, but overall played poorly at the set pieces, their tackling wasn’t up to the opponents and the tight five couldn’t create the necessary platform for the backs to put pressure on the Bulldogs.

The game started in the best way for Footscray: at the second minute captain Tim Didak opted for a 5 meter line out instead of going for a 3 pointer and the forwards manufactured a powerful maul which drove lock Frank Amituanai over the line.

Incapable of containing the opponents Endeavour Hills conceded a second try, this time was doggies’ fullback to cross the line after a quick pass from Imo.
After just three minutes the visitors where able to contra and thanks to one of their best players on ground, outside centre Toese Vousiuto, who manufactured a try with a mix of power and speed. Unfortunately for Endeavour Hills, Footscray went on the scoreboard straight away, with inside centre Imo blitzing their backs after the kick off.

This episode was a blow for the hopes of staying in touch for the visitors and they switched off their lights for long time after that.
Footscray had the bonus point try before the end of the half and another one just after the pause. After 15 minus in the second half the score was an embarrassing 45-7, with the visitors not able to reply.

With rain intensifying the ball become even more slippery and almost every scrum that followed the numerous forward touches was won by the hosts. For the frustration of Endeavour Hills scrum half, Junior Palia, he also a newly announced Rising player, even when his team gained the ball, he rarely had a clean platform to start with, contrarily of his opposite number, Japanese Daisuke Yamada, who was able to launch his backs with more ease.

In the the last ten minutes of play Endeavour Hills was finally able to control better the ball and this resulted in two tries, one for fullback Stanley Lolohea and the second personal for outside centre Vousiuto.

But the Bulldogs put their final stamp on the game with a try after the siren whose conversion was awarded to their captain, who, despite not being familiar from the tee scored the easy two points to fix the final result at 52 – 17.