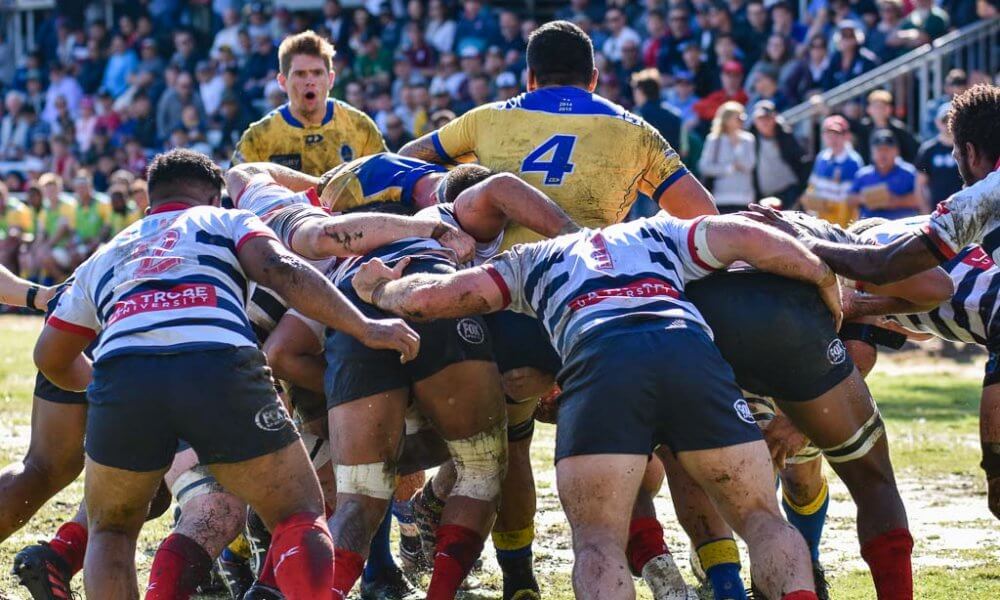 Warning to all the other teams out there: if you are looking to score against Brisbane City, just be aware that they have this level of defensive capability in them. In front of a capacity crowd at Easts Rugby Club in Brisbane, Brisbane City put on an outstanding defensive display to beat a fast-finishing Melbourne Rising side 24-21.

The win sees City creep into the top four earn the right to play semi-finals rugby, to extend their season for at least another week.

Heading into this game, City were sitting precariously in sixth place, only one point off the top four and with everything to play for. The Rising meanwhile had their finals hopes extinguished last week in a thrilling arm-wrestle by the Fijian Drua, but their late season resurgence had proved evident and were looking to take down City’s finals aspirations to finish their season on a high. 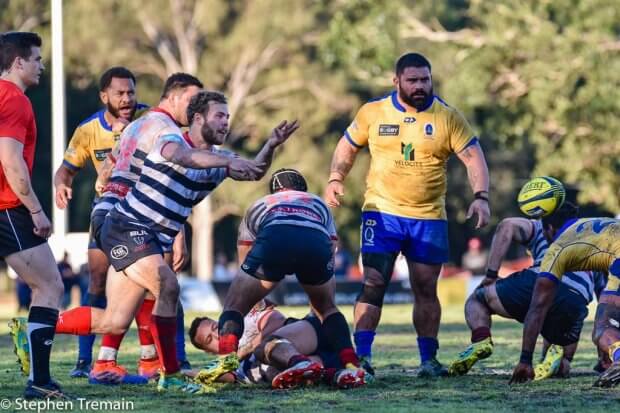 On a muddy surface, a typically vocal capacity crowd welcomed both sides, and the first ten minutes saw Brisbane begin to take the upper hand, their clear experience showing against their younger opponents. Teli Teta put in an outstanding performance, and scored a fantastic try in the tenth minute to put the home side ahead. Bryce Hegarty missed the conversion, and City were up 5-0.

The try looked to have rattled the men from Melbourne, when five minutes later the skipper Brendan Paenga-Amosa crashed over for Brisbane’s second. Hegarty missed again but the signs were looking ominous, 10-0. Following this, the match settled into a see-sawing affair, with the Rising finally starting to wake up and begin to string together some constructive phases of play.

Then, bang on the 33rd minute, Isaac Lucas ducked through a hole in the Vikings defence and ran the length of the field, diving into the mud under the sticks to extend City’s lead further, Hegarty’s conversion making it 17-0. Five minutes later, City struck again, as the backs combined to but number eight Sam Wallis away into the mud beneath the sticks again. Up 24-0, and the Rising were looking more like the team that started the season; utterly rudderless.

But then, as if like a switch was flicked, they woke up and got to work. With one minute left on the clock the Rising suddenly found themselves in the City twenty-two, and turned to their scrum, a genius move. Their pressure was justly rewarded with a penalty try, and repeated infringements saw referee Jordan Way send City prop Rhys van Nek to the bin for ten, before signalling halftime. 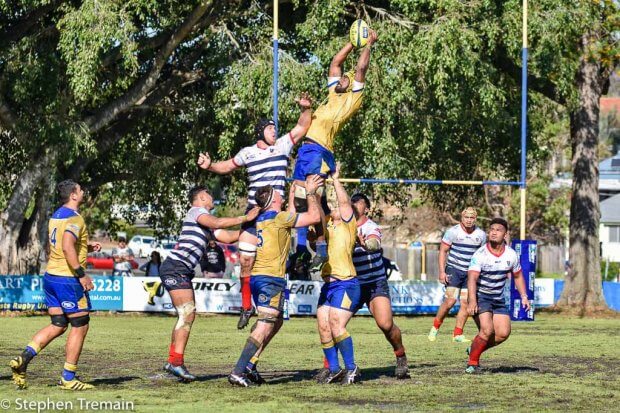 The Rising side that came back out took the blueprint from that last three minutes of the first half and ran with it. Instantly, the second half started and it was clear this was going to be a grind and guts affair. The front pack was replaced, and with City make a few changes of their own, hostilities resumed. The Rising forwards, laden with Super Rugby talent, began to show their guts, and started to pin Brisbane City back in their twenty-two. City kept resisting, but finally the Rising’s persistence paid off in the 53rd minute with Rob Leota going over to score amongst a mountain of muddy bodies. James So’oialo converted, and the margin was back to ten, 24-14.

A second wave of replacements came on for both sides, but again Melbourne began to show the upper hand, challenging and threatening the line minute after minute. Somehow, Brisbane was standing firm, with Teta, Dave Feao and Hunter Paisami producing Herculean defensive efforts. For nearly fifteen minutes straight, the Rising pinned City back in their twenty-two, pushing on their defensive line and asking question after question, with City pushing back again and again. There had to be something to break this deadlock.

Finally, in the 73rd minute, repeated infringements by City saw Way send Sefi Naivalu to the bin for ten, followed by Bryce Hegarty two minutes later. Now with a two man advantage, the Rising sensed blood and went in to score, only for Paisami to produce one of the hits of the season and force yet another line drop out. However, in the 78th minute, City’s defence finally, FINALLY, cracked, with Navarre Haisila taking advantage of the overlap to score in the corner and So’oialo converting. 24-21, with two minutes to play.

Isaac Lucas sent the ball deep and the Rising were met with that same, dogged defence that had hit them all game, now in their own twenty-two. Looking to spread the ball wide and take advantage of City’s exhausted troops and two man overlap, Rising’s attack came to a brutal end when a Jordan Luke hit forced a knock on, and then, the game was over. 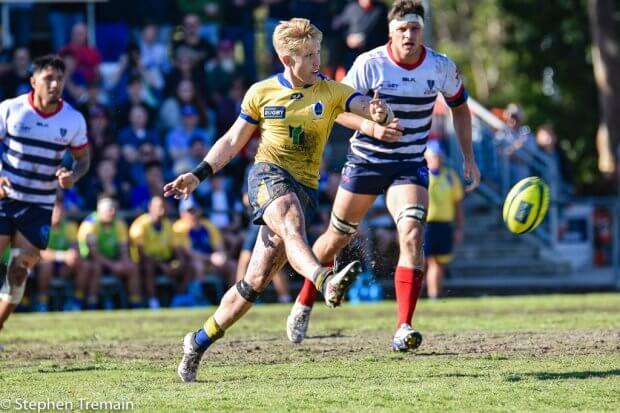 City played phenomenally here, the win seeing them go to fourth and knock NSW Country out of contention. First in attack and in controlling the game in the first half, and then in defence in the second half, which would not budge one inch. It’s that kind of defence that wins toast rack premierships, and they’re going to have to need it as they head back across the Nullarbor to face the Force next week.

While the Rising would be disappointed with this loss, my god, what a comparison between the team that started this season with three losses in a row to the team that finishes the season now! Of all the teams in the NRC this year, the Rising improved out of sight over the course of the very short season, and the amount of growth was incredibly evident. To push one of the NRC heavyweight teams on their home turf that close was nothing short of outstanding. While the season is over, if the Rebels keep managing this team the way they are, it’ll be a matter of not if they win a Toast Rack, but when they win.

I’m going to put two in here. Firstly, that penalty try to the Rising that kicked off their resurgence. But also the tackle from City’s Hunter Paisami to force a dropout in the dying stages of the game to end it. It proved to eat up enough time to give his side the win, and was a bloody good piece of defence.

While so many players performing well here, my MOTM goes to Isaac Lucas, who has had a blinder for City this year and continued that trend today. His spark in attack is something the Reds desperately need, and hopefully he’ll be able to translate that at the next level in 2020. Right now though, onto semi-finals, where his skill looks set to be really tested next week in Perth.

Special mention to the two centres for Brisbane City, Teli Teta and Hunter Paisami, who defended their guts out against wave after wave of Rising attack. They were absolutely phenomenal. For the Rising, special mention must go to James So’oialo in the backs and Rob Leota in the forwards for being a driving force in their fightback. 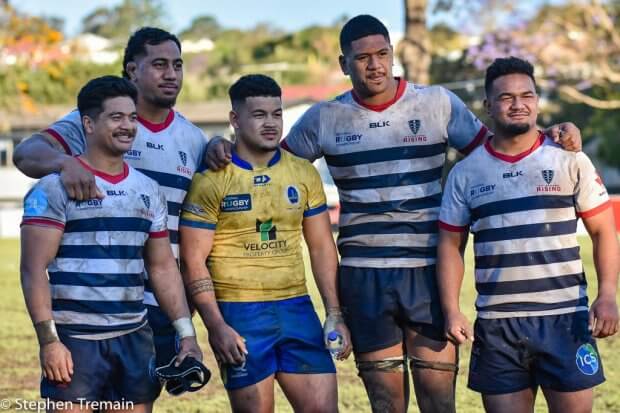