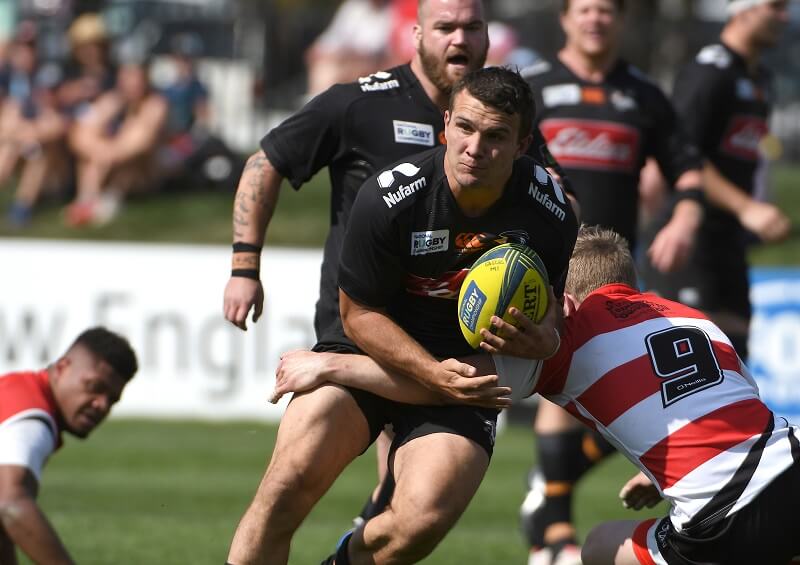 The Canberra Vikings have secured a home semi-final with a dogged 27-19 over NSW Country Eagles in Canberra. In what was a bruising match that lived up to expectations, the Vikings lent on their youth to bring them home, the resulting loss proving fatal for NSW Country’s finals prospects.

One of the more surprising rivalries in the NRC, the homeside came into the match with four wins, two from their last two games at home. Outside of that, the Vikings currently boast an impressive record in Canberra, having not dropped a game since round 1, 2018. The Eagles meanwhile, had pulled off a big win against the Force, but had then lost a critical game against QLD Country, to put their finals position in serious jeopardy.

Kicking off, the Vikings quickly gained the upper hand and pushed the Eagles onto their own try line, but a intercept from Mark Nawaqanitawase that would have brought a tear to the eye of the Honey Badger saw the men from the bush strike first, 0-7. The Vikings recomposed themselves however, and five minutes later a beautiful grubber kick from Irae Simone saw Toni Pulu score in the corner. Ryan Lonergan was unsuccessful with the conversion, however, and the Eagles still lead, 5-7.

As the game approach the 15 minute mark, both sides began to realise how close this game was going to be. When the Eagles were pulled up for being offside, the Vikings chose to take the points to gain the lead instead of going for the try, and Lonergan delivered the goods with his second attempt. After this though, Country began to dominate proceedings, with Jake Gordon leading from the front and asking plenty of questions of the Canberra defence. However, in the 30th minute it proved to be their undoing, with Viking centre Len Ikitau picking up a loose pass to score and put the homeside ahead further. Lonergan missed again, however, and the scoreline was 13-7.

The try however proved to take the wind out of the Eagles’ wings, and Canberra pushed again onto the Eagles defensive line. The Eagles discipline, much like it has at many points this season, began to crack again, and finally ref Graham Cooper lost patience and sent Eagles hooker Tom Horton to the bin for ten. The Eagles survived, however, and the score remained unchanged until halftime.

Jumping out of the blocks in the second half, the Vikings threw everything at the Eagles, sensing blood with a one-man advantage and a six point lead. The strategy worked, with big man Pete Samu racing away to score next to the sticks. At the 51st minute, the homeside struck again, with Mack Hansen putting Tom Banks over to have the homeside out to a 27-7 lead.

Canberra looked home, but then the replacements for both sides came on, and immediately, the depth of the Country forward pack began to show itself. Just before the 60th minute, that dominance showed itself on the scoreboard with a brilliant rolling maul try, and then five minutes later Jake Gordon was over to score a much needed try to get the Eagles back to within 10. Conor O’Shea converted, and the Eagles had all the momentum. 27-19.

However, with the Eagles pushing on their line, the Vikings dug deep and turned out an outstanding defensive effort in the final ten, and when the final whistle was blown, the scoreline remained unchanged.

This was the time for the Vikings to really show their Toast Rack credentials, and they delivered. They managed their game well, successfully were able to neutralise the Eagles forwards for most of the game, and when push came to shove, let their defence do the talking. They will face a tough Fijian Drua side at home next week.

With all the other matches knocking NSW Country down to fifth, this loss was nothing but fatal for them. In truth, they struggled to take their opportunities and capitalise on their forward dominance at the right time, and the result saw them lose their semi-final position. While it was a tough way to end the season, the Eagles played some absolutely phenomenal rugby this year, and if the Waratahs stick with this playing group going forward it is going to yield plenty of NRC success down the track.

Len Ikitau’s try. That key moment killed the Eagles momentum, and the result was Canberra building a lead they would keep for the rest of the match.

This is a tough one, as a lot of people on both sides stood up. But for me, Ryan Lonergan proved the key difference between the sides in terms of helping the Vikings backline subdue the Eagles, his decent performance with the boot and more. A really solid effort. Special mention to Jake Gordon for his performance too.

Irae Simone is increasingly showing his class, and even better the likes of Ben Ikitau and Toni Pulu are more than matching him in the backline. Tom Staniforth put in another stellar performance for the Eagles forward pack, while Mark Nawaqanitawase again showed there is plenty of class coming through at the Eagles.