Gallant Italy holds the Kiwis to a first ever draw 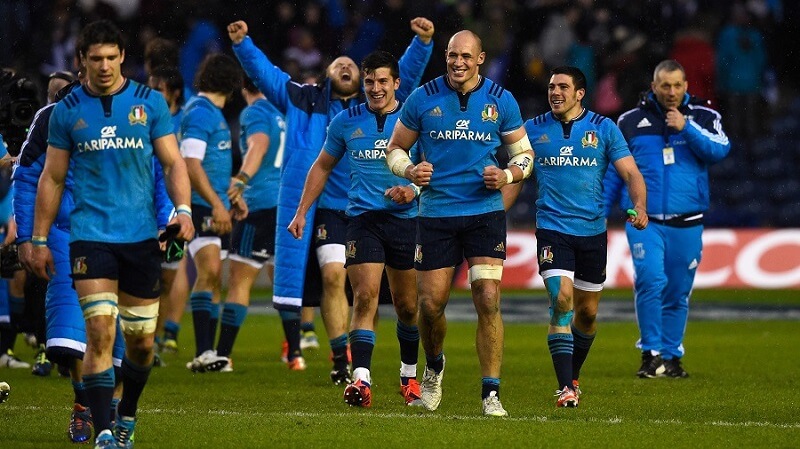 Gallant Italy holds the Kiwis to a first ever draw

A defensive master class from both  Italy and New Zealand result in a draw.

It’s the first time that Italy didn’t lose a test match to the Kiwi masters. New Zealand, the titleholders aspiring for a three-peat, was shocked by the historical draw against the European minnows.

Not even Conor O’Sheas team manage to draw the game, but they didn’t even leak any try to the All Blacks.  No downpour of trys on the scoreboard.  The floodgates certainly did not open.  The Kiwis were no force of nature out on the field today.

(should I stop now?)

Unfortunately, Italy’s massive effort wasn’t enough to earn them a spot in the quarter-finals, as the loss versus South Africa condemned the Azzurri to the third place in Pool B.

However, some from the Azzurri are not celebrating.  Spare a thought for ol mate Ghiraldini and Parisse, who would ahve played their last international game, before retirement.   Ghiraldini went through months of rehab just to prepare for this match, and understandably he was inconsolable when told of the cancellation.

Italy’s 2019 RWC ends consequentially with two wins, one draw and one loss, the best result ever for the Six Nations minows.  New Zealand and South Africa advance to the next phase.