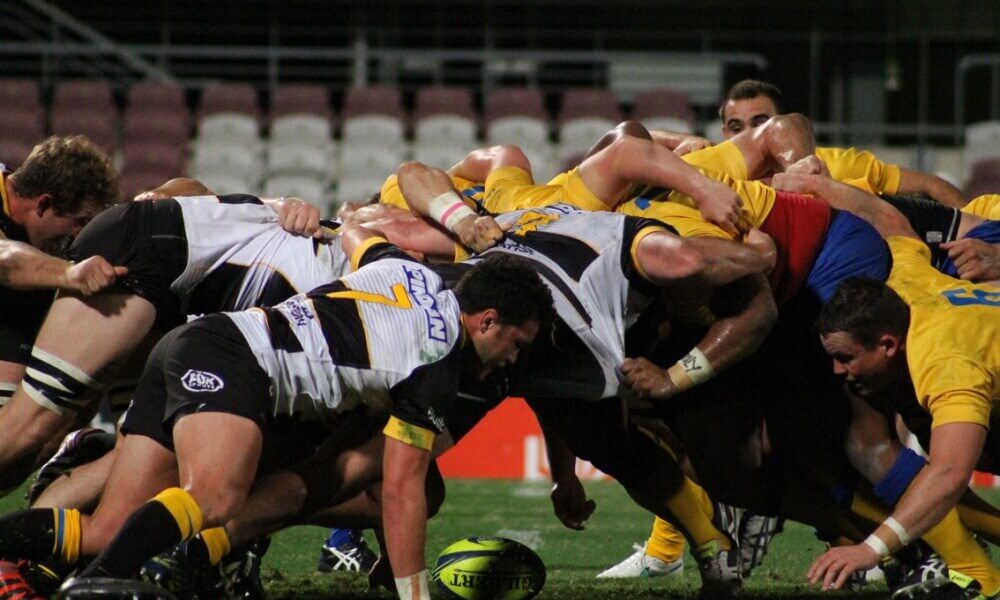 It has been a very crowded week for Queensland rugby fans  and the NRC hasn’t been given a lot of air with the Reds possibly jumping the shark by re-signing Richard Graham as coach for 2016. Some fantastic initiatives were launched this week as part of the NRC including the Horan-Little Shield and the Australian Barbarians to play New Zealand Heartland XV in November, so the ARU have been listening to fans and looking to the future of Australian rugby.  The Grand Final rematch was a good way to open the NRC 2015 season with a host of Reds players in the Brisbane City team against relative unknowns in the Perth Spirit team.  A returning coach in Nick Stiles against a first time NRC coach Tai McIsaac.

The Brisbane City team was certainly stacked with Queensland Red players, and it was evident that Nick Stiles was looking to test combinations for the Reds 2016 season.  The back line for Brisbane City is essentially the back line for the 2016 Queensland Reds – Frisby, McIntyre, Kerevi and Hunt.  Tai McIsaac had brought over a solid but relatively untested team and it was his back row that looked to be the most interesting and would provide the most challenge in this opening round match.

The ball was quick from the start and it moved easily around the City backs before the first test of both scrums.  The scrum in 2014 had been a real strength of Brisbane City in 2014 and it was interesting to see how it would fare without Faagase and with the introduction of players like Cadeyrn Neville and Scott Higginbotham.  The Spirit scrum, while lacking the Super Rugby experience of City’s players, certainly stood up to the pressure and throughout the match did not allow the City scrum to dominate.

After the match Brisbane  Nick Stiles agreed, “I was really worried about their back row, Angus Cottrell, Kane Koteka and Chris Alcock are all guys I have coached and I have a very high regard for and I knew they would be hard on the ball”.  The Spirit back row certainly took the opportunity to slow the ball down and bring it back to their pace and forcing Brisbane City to respond on their terms.

The first twenty minutes were punctuated with some cool-headed passing and speedy footwork from Sunnybank fullback Junior Lalofi and he made several breaks before eventually punching the ball through to Karmichael Hunt who crossed under the posts for his first NRC try.  The NRC is absolutely vital for Hunt to hone his on field skills and build some solid combinations before the Reds 2016 season.  After very little game time in 2015 because of suspension and then injury Hunt will be looking to build his rugby credentials and silence some of the doubters.  The conversion was successfully slotted by Jake McIntyre who will undoubtedly be auditioning to start at 10 for the Reds, over a possible imported flyhalf.

Brisbane City certainly created many chances throughout the match and Perth Spirit defended well out wide for most of the match, covering players effectively and not often getting in the position of having to make desperate tackles.  Spirit didn’t however have much of an answer when City went hard and straight up the middle – this will be something that undoubtedly Stiles will push for more of from his team and McIsaac will work hard to tighten up to increase a pretty solid defensive effort. 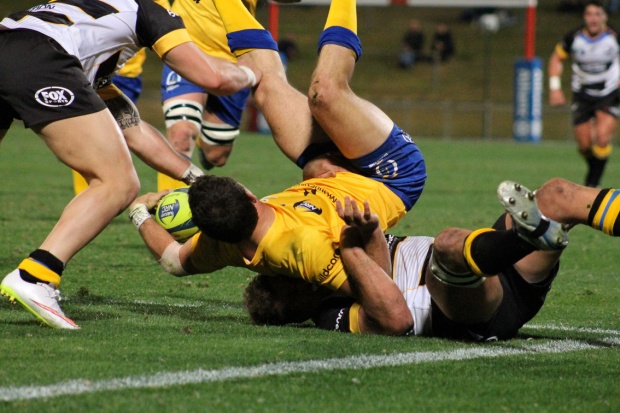 The highlight of the match came in the 28th minute when Brisbane City captain Liam Gill and Junior Lalofi tag teamed a try for 70m – it was a joy to watch as these two players trusted one another 100% and timed their passing to avoid the Spirit defence.  If you haven’t seen it, watch it here.

Heath Tessman for the Spirit absolutely led from the front and was everywhere in defence and made a couple of solid linebreaks, he will be instrumental to building a solid 2015 campaign for the Spirit.  In the shadow of half time some fantastic attacking work by the forwards and a great rolling maul saw Kane Koteka cross for his try, converted by scrumhalf Ian Prior.

The sheer speed of Spirit winger Sevuloni Mocenacagi was impressive throughout the match, and particularly in the second half as the Spirit locked up the ball and controlled the match for extended periods.  It wasn’t so much risky moves by City that resulted in turnovers, it was more that the Spirit appeared to be hungrier and more cohesive for this time, but the bench coming on for both teams shifted the rhythm a little bit and this will be a focus of both teams as the build new combinations over the next few weeks and the bench integrate more smoothly into the flow of the game.

The try in the 50th minute to Samu Kerevi was the result of quick ball of the back of a scrum, and he powered over the line for City’s third try, converted by McIntyre.  Perth Spirit hit back only minutes later with some solid phases on the City line before Angus Cottrell crossed in a mass of bodies – it was a great try for the Spirit, built on the back of their persistence and some solid forward work. 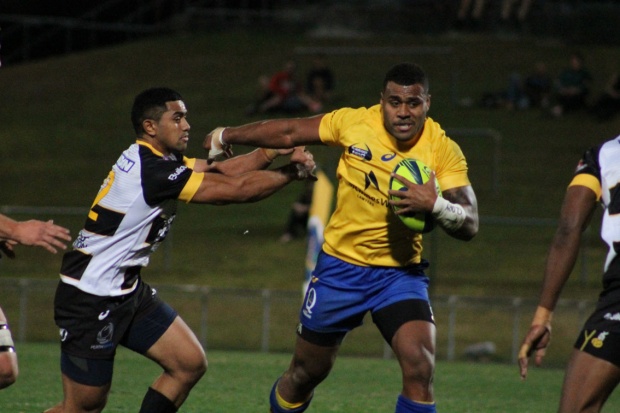 Brisbane City flyhalf Jake McIntyre crossed in the 72nd minute to put the match out of reach for the Perth Spirit team and replacement back Henry Taefu kicked the conversion.  Both teams however continued to drive for the line with reserve scrumhalf for City Tim Smith making an absolutely desperate tackle on the tryline to hold out the Spirit again.

This first match was far less of a try fest than most NRC matches in 2014 which had been a focus of many of the coaches in their planning and preparation – an opportunity to work on their defence and restrict the opportunity for bonus points to be scored.  Tighter defence will make for more even matches and while less points were scored the ball certainly flowed freely, so I don’t think we are in danger of the NRC becoming a stodge-fest!  With Alex Gibbon and Lalofi, both 7s players in the City squad we should expect to see some explosive running and more impressive tries.

Both teams have a lot to take from this match, and while City won the match I think Spirit punched above their weight and both coaches should be happy with the result but also the work ahead of them.

The try Gill to Junior, back to Gill and then on to Junior to finish was 70m of magic that had the crowd on their feet.