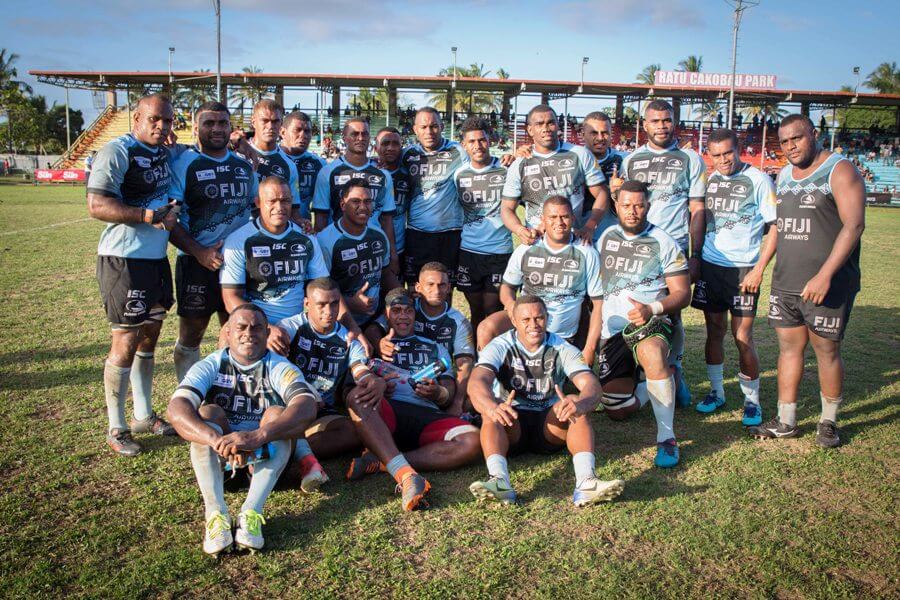 At 13:15 today (Saturday, 27 October 2018) I made sure my water cup was full and my peanut butter toast half time snack was ready. Took deep breath and again kicked myself for not making the effort to get to Suva for the game of the day.

Can Queensland Country go back to back? Will the tropical (read hot & humid) paradise location play into the hands of the home team? Will Country continue to be the Dura’s boggy team? Can the Fiji Drua add another plank to the coffin of Australian Rugby? (Too much?)

The number of umbrellas in crowd at kick off was a dead giveaway that this was going to be another wet game. Since both teams had played in next to atrocious conditions for their Semi-finals last weekend, the standing water on Churchill Park should not have been a shock.

Queensland Country showed their game plan early with Hamish Stewart and Duncan Paia’aua keeping the Fiji Drua deep in their own territory with some excellent from hand kicking. The tactic paid off in the 6th minute when, after stealing a lineout from a Drua throw, Country maintain possession through a few phases, applying pressure to the Fijian defence. Eventually Chris Feauai-Sautia forced his way across the line to open the scoring. Stewart missed the conversion.

The Fiji Drua had a different plan. In the wet and slippery conditions, they concentrated on maintaining possession in their forwards and hitting their opposition hard, very hard, in defence. Eventually this pressure resulted in one of their forwards being held up over the line. From the subsequent scrum, Eremasi Radrodro gathered the ball from his feet and just kept going towards the line. After Nick Berry slid into the in-goal he referred the try to the TMO who duly awarded it. Apisalome Waqatabu made sure of the kick and the Drua took the lead never to be headed.

The handling and play on both sides started to degenerate due to the conditions, so possession was passed back and forth between the sides. In the 20th minute Calab Timu was pinged for a high tackle and the Drua did not pause to think. Frank Lomani took a quick tap and caught QLD napping with a break down field to a few metres out. The Fijian forwards then reverted to type and after a series of pick-&-goes Peni Naulago dove over for the Fijian’s second try of the afternoon.

Although the Drua scrum was competing with the Country forwards, their lineout was not performing in the first half. The score line could have been much worse for QLD if the Drua had been able to win some of their lineouts.

QLD Country managed to even up the scores in the 30th minute. Taking a leaf out of the Drua playbook, the forwards lined up and kept knocking against the Drua defence. Eventually Jordan Petaia gathered a dodgy pass from Tate McDermott off the grass, slipped one tackle and carried three defenders over the line to score under a fourth. This try was a shining light in an otherwise quiet game from Petaia.

Fiji were the next to score, again from some tough work buy their forwards. Albert Tuisue showed why the saying is “get down low and go, go, go” by burrowing over for the first of his brace for the game.

The last play of the half caused some excitement. The Fijian hooker, Mesulame Dolokoto, took the Flying Fijian moniker to heart and dashed down the touchline. Only a great covering tackle by Hamish Stewart kept the score at 19 – 12 in favour of the Drua. 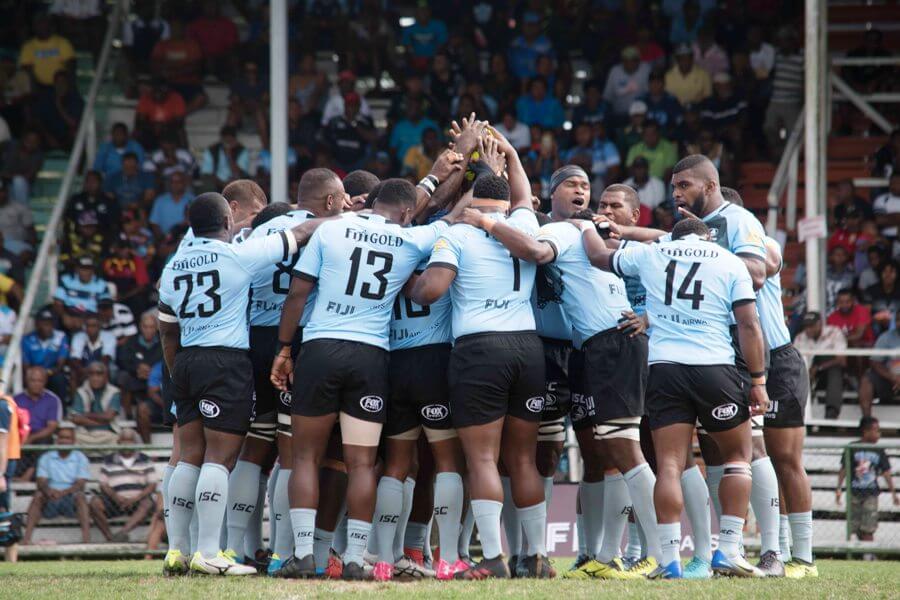 The start of the second half showed more of what was happening in the first. QLD Country were playing territory. The Drua were hitting hard in defence. James Slipper left the field soon after play resumed when he meet the wrecking ball that is Albert Tuisue. I hope those ribs aren’t too badly displaced.

“We apologise for this break in transmission………”

After 18 phases Tuisue scores his second try. Converted by Waqatabu.

QLD Country hit right back with a runaway try by Filipo Daugunu. Converted by Stewart.

Defence was again a telling factor as a big hit knocked the ball lose from QLD possession. Waqatabu pounced on the ball, kicked to down field, chased as if a man possessed, slammed Jock Campbell, regathered the ball, and passed to his support. Eventually that man Veitokani crossed the line for a try to the Drua.

From about the 65th minute things started to get feisty. The Drua were playing for their country. QLD Country were playing for their honour. Drua gave a number of penalties away in short order, and QLD used their dominance in the line out to march a couple of mauls toward their try line. On the second maul, Efi Ma’afu found himself on the back and dove across the line with the assistance of Feaui-Sautia. This meant that QLD entered the final 10 minutes of the game with only a seven-point deficit to make up.

During the final period of the game, QLD made life hard for themselves with repeated infringements. The Drua made two attempts at converting penalties, one of which, by Veitokani, was successful. This took the margin out to 10 points with a minute to go, and this is where it remained. The Drua holding out QLD Country to win by 36 points to 26.

The crowd. The hometown support encouraged the Drua to maintain their composure when they could have dropped their heads. They also got behind the big hits in defence, which caused some real issues for QLD Country trying to maintain possession in trying conditions.

I have a list of Drua players who would carry this tag with pride – Albert Tuisue, Apisalome Waqatabu, Frank Lomani and Eremasi Radrodro to name a few. But, I think I need to go with the man of the hour – Alivereti Veitokani. He guided the Drua with poise in difficult circumstances.

In case you missed the announcement, Alivereti Veitokani took out the inaugural NRC Rising Star award. Well done that man. I think we can all agree that he was the best player, not only for the Drua, but I would say across the whole competition. Fiji are going to be a formidable foe at RWC19.