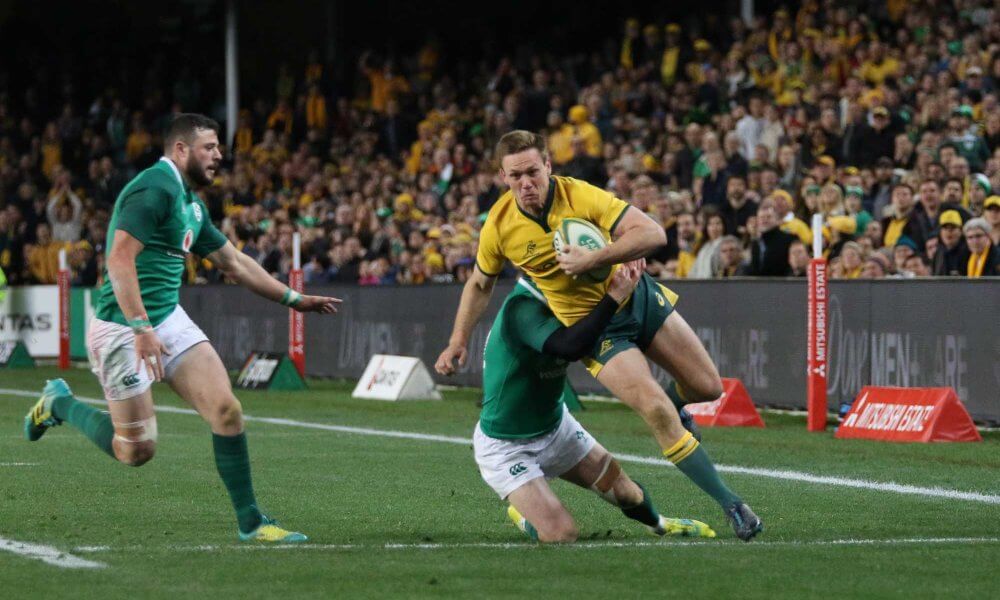 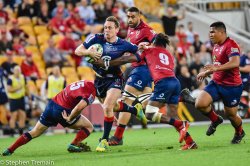 Wallaby, Force player and  Rebel  Dane Haylett-Petty, 31, is off-contract with the Rebels at the end of the season and is poised to reignite his career in Perth club rugby before taking up a new contract in Japan, according to the Sydney Morning Herald.

Concussion has caused Haylett-Petty to not play a professional game for more than seven months since a Bledisloe Cup match on 31 October 2020 in Sydney.

DHP is yet to fully cover despite months of rehabilitation and a brief stint in Brisbane club rugby, However, Haylett-Petty insists doctors haven’t told him to retire and that a comeback is still on the cards.

Haylett-Petty, who is back into contact training, says he hopes to run out in Perth club rugby next month in what is a very different environment to the Test arena.

“I’d love to be there,” Haylett-Petty said of his omission from a 38-man Wallabies squad that was named on Sunday.

“I actually had a call from Dave Rennie before he announced the squad just checking how I was going, so I really appreciate the support the whole time.”

Rumour has it that Haylett-Petty is off to play in Japan’s Top League, or to be a stunt-man for Band of Brothers actor Damian Lewis.

Lions not whinging about quarantine

British & Irish Lions hooker and Welshman Ken Owens believes the strict Covid-19 restrictions facing the squad can act as a strength rather than a weakness for the upcoming tour of South Africa.

The Guardian reports that Owens insists the biosecure bubble will make team-bonding easier.

The Lions will allocate key responsibilities including overseeing entertainment and laundry while, as was the case four years ago, choir practice is expected to be introduced again. Take a wild guess which nation’s contingent of players are up for that.

“We are lucky in some ways because we are in a bubble and we’re very tight together,” Owens said. “It’s easier to get those social connections going because you don’t have people drifting off here, there and everywhere. We are restricted to what we can do. Obviously we are not sharing rooms so we do tend to spend a lot more time down around the team room, because you don’t want to be isolated.”

If the Lions have to quarantine upon their return at the end of the tour they will spend 10 weeks in a bubble environment with Warren Gatland recently warning:

“The rugby side takes care of itself, so it’s important we get the other stuff right and think about the players’ mental health.”

The Commonwealth team’s stoicism can be contrasted with their Gallic colleagues carrying-on like côtelettes de porc about hotel quarantine for the upcoming Wallaby test series.

Proposed conditions include minimal contact with each other outside training at a separate venue, players eating individually in their own rooms, being unable to hold team meetings in a large room and a limit of one visiting mistress per player per day (with no accumulation of unused mistress privileges).

Yanks in the running to host a Rugby World Cup

Embed from Getty Images
USA Rugby has been “formally accepted” as one of the candidates for the 2027, 2029 or 2031 Rugby World Cups, all of which are being awarded in the middle of 2022 according to ESPN.

GAGR offers a warning regarding Adam Ashley-Cooper’s eyeliner to those watching the video.

Australia is on the front foot for the 2027 tournament having launched its bid last month.

However the United States at last appears to be making headway in growing the game domestically with the professional Major League Rugby expanding into new markets in 2021 in what is its fourth season of existence.

The 2019 Rugby World Cup in Japan whet the appetite of World Rugby administrators to solidify the game’s global footprint, with the United States deemed a key target.

Attention for Major League Rugby has been boosted by the introduction of the LA Giltinis,  with a playing roster of star former international players, such as Matt Giteau, Adam Ashley-Cooper, Bill Meakes, Ruan Smith, JP Smith,  with Stephen Hoiles as Senior Assistant Coach and Adam Freier as General Manager. 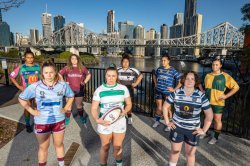 The Murdoch Press reports that a touch judge has been stood down from all rugby activities in Queensland after being at the centre of a shocking incident at a women’s GPS v Brothers game in which he allegedly verbally abused and grabbed a player around the neck.

GAGR offers a language warning to those watching the video at work.

Queensland Rugby Union general manager community rugby Gaven Head said following an investigation into the incident the Judicial Committee had considered an initial brief for a Code of Conduct breach against the man.

“A hearing date will be set with the agreement of parties involved.”

“The individual has been stood down from all Rugby activities until the hearing is conducted and a subsequent outcome.”

Video footage shows a GPS player tackling a Brothers player who appears to be winded by the hit. As the Brothers player is laying on the ground the linesman, who is a volunteer with Brothers, rushes onto the field to check on the player. He then starts walking towards a GPS player pointing his finger and can be heard swearing at her before he appears to grab the woman. GPS players then run to their teammate’s defence.