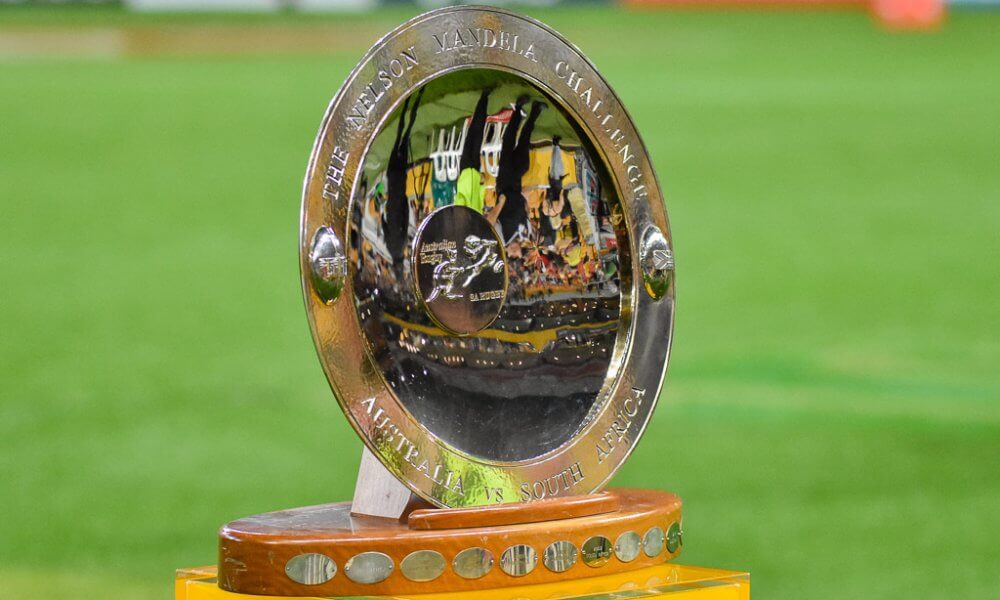 This Wednesday’s Rugby News is brought to you by a weird, re-gifted, bootleg Scotch. It turns out that really good whiskies are aged in oak for a reason. Proper distilleries looking to sponsor G&GR news should contact G&GR admin with their proposal.

The SMH reports that centre Len Ikitau and fullback Reece Hodge have opened up on the tweaks the group made to their preparations leading into the Adelaide match.

“Probably a big element was the fact we had a pretty tough review on Monday,” Hodge said. “After a poor performance we put in Argentina, you always expect a response and I think that was the main driving factor. They showed us stats on how we’d been beaten in the first 20 minutes of every game this year, so I think it’s a combination of all those things. It was pleasing to start well on the weekend but it doesn’t mean anything if we don’t do it again this weekend.”

The Wallabies also overhauled their pre-game ritual, making sure every player was in the team room 45 minutes before leaving for the ground, to take part in a stretching session while South African plays were streamed on loop in the background.

“It was just connecting as a group, getting some stretches down, watching some footage of some possible plays that were coming, and getting our mind right,” Ikitau said. “It was a bit on and off (before that), everyone wouldn’t be in stretching, everyone was doing other things, so it was about connecting as a group right before we left. I thought it really helped for us in starting fast and being switched on.”

Pravda reports that South Africa coach Jacques Nienaber has made eight changes to his side for the Saturday test, including a debut on the wing for teenage utility back Canan Moodie and a move to flyhalf for Damian Willemse.

Flyhalf and Tom Hardy lookalike Handre Pollard, centre Lukhanyo Am and flanker Pieter-Steph du Toit have been ruled-out by knee injuries, while replacement flyhalf Elton Jantjies has a hand problem (as do many Boks fans). That means a shift from fullback to flyhalf for Willemse, who is replaced in the No.15 jersey by the experienced Willie le Roux. Jesse Kriel takes over from Am at centre and flanker Franco Mostert replaces Du Toit. Moodie comes in for Warrick Gelant and Jaden Hendrikse takes over from Faf “Larry Graham Jr” de Klerk.

The other changes are in the pack as prop Steven Kitshoff and hooker Malcolm Marx replace Ox Nche and Joseph Dweba, while Jasper Wiese takes over at No.8 from Duane Vermeulen.

According to Rugbypass, the All Blacks are feeling pressure from all sides to rebound after their shock home defeat to Argentina but aren’t far away from producing a winning performance, according to embattled captain Sam Cane.

While coach Ian Foster and the All Blacks staff have shouldered most of the blame for the team’s struggles, flanker Cane has also been a lightning rod for criticism from disgruntled fans. Former Blues coach-turned-TV pundit John Kirwan said the leadership group were failing the team and called for openside Cane to be dropped and replaced by Dalton Papalii in the back row.

Cane agreed the senior players needed to step up but said the form woes could be reversed with basic improvements in discipline and execution. “I don’t think it was a horrible performance by any means,” he said of the 25-18 loss in Christchurch, the All Blacks’ sixth defeat in eight tests. “I don’t think we’re way off. If we could be a little bit more disciplined in that first half and put them under a lot more pressure, then potentially the game changes from there. But we didn’t do that and they are a very good side. I think that can be underestimated in this whole thing.”

The All Blacks may have reinforcements in the form of lock Brodie Retallick and five-eighth Beauden Barrett, both back at training after injuries.

News 24 reports that the chief executive of the 2023 Rugby World Cup, Claude Atcher, was suspended on Monday by French sports minister Amelie Oudea-Castera after a preliminary investigation into his management style found evidence of a “deep social malaise” within the organisation. “Atcher will no longer be present or active, directly or indirectly, within, in the name of and on behalf of the GIP (organising committee) during the period of layoff,” the ministry said in a statement.

Atcher’s suspension was prompted by the preliminary findings of a Labour Inspectorate investigation which was launched at the end of June after an article in sports daily L’Equipe accused him of “management by terror” and taking footwear tips from Sonny-Bill Williams.

A report by the ethics committee had accused the 66-year-old of “alarming managerial practices altering the functioning of the structure and the suffering of a certain number of employees“. In the article in L’Equipe, several former and current employees, speaking on condition of anonymity, spoke out about the “management by terror” set up by Atcher and his chief of staff within the organisation.

Atcher’s deputy Julien Collette will be installed as his provisional replacement at an emergency board meeting on Friday. Meanwhile the rest of the world wonders what actually constitutes official mischief in the country of Nicolas Sarkozy.

The Rugby World Cup kicks off on 8 September 2023 with hosts France playing against New Zealand at the Stade de France which will also be the venue for the final on 28 October.

Call the gendarme, because there’s going to be a murder.

Pravda reports that new Western Force coach Simon Cron has set his sights on turning his side into one of the most studly & buff teams in Super Rugby.

Pre-season training doesn’t officially start until October 1, but Cron is keen to get the ball rolling early. One of his initial aims is to add significant size and strength to his squad to help transform the Force into a beefed-up unit. “One of the things we need to do is dominate the contact zone,” Cron told AAP. “Rugby is a pretty simple game. If you win the gain line, it goes a long way to winning the game. So right now we’ve increased the focus on weights and the mass. We’re looking at nutrition, and our strength and conditioning coaches are working on world-class weights programs. It’s about putting on lean muscle mass, not fat.”

Cron, a former NSW Waratahs assistant who was coaching Japanese club Toyota Verblitz when he was poached by the Force, wants to introduce an exciting style of play next season.