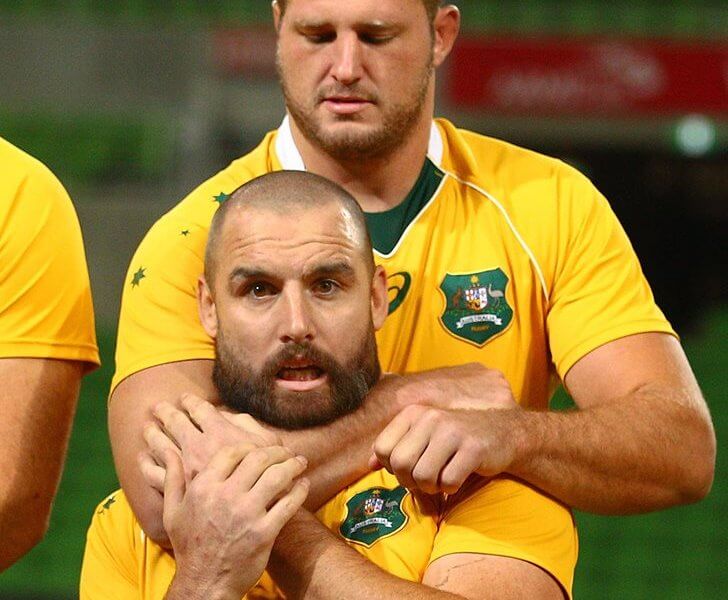 Wednesday’s Rugby News looks at the Brumbies new assistant, Slipper reaching the century, some changes for the All Blacks and the Wallabies out for revenge.

The Brumbies have confirmed their replacement for Peter Hewat, signing Rob Seib as an assistant coach for the next two years.

Seib will come into the side as their attack and backs coach, with Hewat taking a job with Japanese club Ricoh Black Rams

The 45-year-old was the head coach Queensland Country in their last two National Rugby Championship campaigns, along with guiding Brothers to a Minor Premiership in 2019.

“I’m really excited to join the Brumbies,” he said in a statement.

“The opportunity to join a world-class coaching staff, and to work with a young group that has already tasted some success in 2020, is an honour for me and a big step in my coaching career.

“The Brumbies have always had an identity of playing entertaining, winning rugby and I’ll certainly work hard to do my part in maintaining that tradition.

“I’ve heard great things about the Canberra community and I truly can’t wait to get started.”

“We’re delighted to welcome Rod to the Brumbies as our new Backs coach,” he added.

“Rod’s reputation in Queensland rugby as a professional, detail-orientated coach is well known and we believe he’ll be a fantastic fit with Dan and Laurie.

“We’re excited to welcome Rod and his family, into the Brumbies family as we look ahead to the 2021 season.”

Slipping into the club 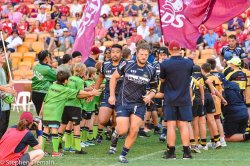 James Slipper admits that bringing up his 100th cap for the Wallabies was the furthest thing from his mind a couple of years ago – now it’s a reality.

Slipper is set to become just the 13th man to enter the centurions club, which is incredible when you consider he was struggling to find a Super Rugby club two years ago after he was done for cocaine use.

“That couldn’t have been further away from my thought process at the time,” Slipper told reporters.

“Thinking back, when I had the change going to the Brumbies, I just wanted to play consistent rugby. That was my number one goal. I just wanted to contribute to whatever team I was playing for and I feel like I’ve done that.

“If I think back two years ago, I definitely didn’t see 100 caps on the horizon.”

Despite having played in three World Cups, Slipper always rates his debut against England in 2010 as his highest achievement

“They all hold a little special moment in my career. I guess the debut game back in 2010 when I first played, was a really special moment,” Slipper said.

“All the World Cups, all the big games that are played always hold a special moment. But every time you pull that jersey on – for me, that’s really special. Playing for your country, it’s a feeling like no other.”

He’ll reach the mark alongside good mate Rob Simmons, with the pair coming through the ranks together since their time at The Southport School.

“We’ve travelled a fair journey along the way. To see him reach this milestone is special for me and it makes me pretty proud,” Simmons said.

“But I know it’s a huge honour for him and his family.

“We probably won’t get a chance to reminisce and really take a break until we get a break from rugby at the end of the year but he knows and we all know it’s going to be a special moment this weekend.” 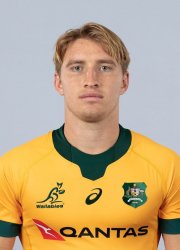 Seeing Sam Cane’s smiling as he lifted the Bledisloe Cup was a dagger to all Wallabies fans.

However, it was more painful for the players who were seeing it in person for the first time, with Tate McDermott suggesting that it has ‘lit a fire’ underneath them.

Making his debut off the bench, the Reds halfback revealed that the images post-match along with demoralising score-line was upsetting to see, leaving him eager to not let it happen again.

“The past 17 years, 17 of those years for us have been as a fan, so witnessing it, it definitely lit a fire for me,” McDermott told reporters on Monday.

“It’s upsetting, it’s disappointing, but at least we know what to expect now so next year we don’t make the same mistake twice.

“It’s actually hard to watch, particularly when you see the smiles on their faces, the disappointment in the crowd, just little stuff that really eats away at you.

“Not ideal to make your debut and watch Sam Cane smile lift that trophy, but, for me, it lit the fire and now we know exactly what we’re working towards.”

This was shared by his Reds teammate and fellow debutant Fraser McReight, who conceded that whilst the team was hurting, they were still heading into Saturday’s game full of confidence.

“The big thing as well is players can react to games individually and how they like to do it, but we’ve got a great group of leaders in the team and a great coaching set-up that actually instil confidence in us,” McReight said. 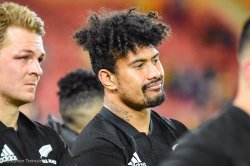 The All Blacks are planning to make some significant changes ahead of the fourth Bledisloe test match on Saturday.

No.8 Ardie Savea, who missed the ANZ Stadium win following the birth of his son, is set to return to the line-up.

However, they will still be without Joe Moody as he recovers from a concussion suffered in the second test match.

“In this group there’s going to be some changes,” assistant coach John Plumtree said on Tuesday ahead of Thursday’s team naming.

“That will provide a different type of energy and excitement within the group in this build-up.

“We’ve got some players knocking on the door and there’s been some awesome competition for spots and we can expect some changes to freshen players up.”

Despite the dominant performance, Plumtree believes that the side still has a lot to work on, pointing to their slow start to the second half.

“There were patches in that game that were pretty average and the scoreboard was pretty impressive but at times we weren’t impressive,” he added.

“We made a lot of mistakes and unforced areas for a period of the game.

“Our game management and some of our individual brilliant play set us up at times and the forwards laid a platform for us, but this team keeps looking for improvement.”