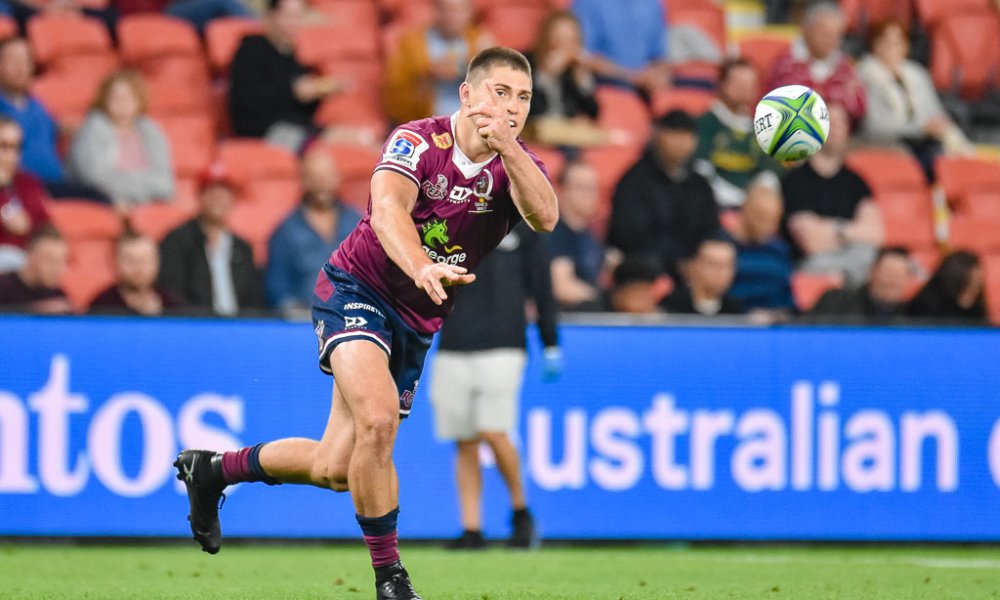 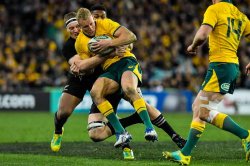 As Australian rugby heads into a new era so will the Bledisloe Cup after New Zealand Rugby announced that the opening two tests will be held on Sunday October 11 and 18.

This was confirmed on Tuesday as the New Zealand Government formally announced that they will allow the Wallabies to train and leave isolation before the mandatory 14-day period.

“We’re delighted to lock in the dates and venues for the two home matches against Australia and look forward to seeing the Bledisloe Cup go on the line next month,” NZR CEO Mark Robinson said.

“We acknowledge that this has been a complex and challenging puzzle to solve and we’re grateful that both rugby organisations, together with our Government, have come together to get these matches across the line.

“We’re also pleased that the All Blacks team and management now have certainty and can plan accordingly, and we wish them all the very best for the Bledisloe Cup campaign.”

The first match will be held at Wellington’s Sky Stadium on Sunday 11 October, followed up a week later at Eden Park in Auckland on Sunday 18 October.

In a surprise twist, both games are set to be played at 3:30 NZ time, which would mean a 1:30 pm start for the East Coast Mafia (Ok, I can deal with that).

And a 12:30 pm start for those Queenslanders who still refuse to adapt to daylight savings time (Well, that’s a bit early but manageable.)

Regardless of the time and date, it shapes to be a great series after the NZ PM granted the Wallabies special exemption after Dave Rennie shirt fronted the AB’s and the Government.

It has been confirmed that they will be allowed to train together six days into their mandatory 14-day quarantine period, ensuring that they have over a week to acclimatise and bond as a group. 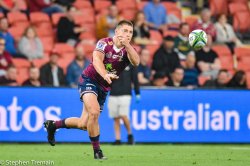 Reformed bad boy James O’Connor is looking to pay back the faith shown by Queensland coach Brad Thorn as the Reds sit on the verge of the Super Rugby Australia title.

After his wayward stint in France, O’Connor saw the signs and opened up his eyes, coming back home to Queensland in 2019.

Whilst Thorn has had a notorious hard stance with players that have questionable pasts such as Karmichael Hunt and James Slipper, he pardoned the 30-year-old who he has paid him back ten-fold, leading them into the final.

“All I asked for was an opportunity and I was very thankful I was given it, and I hope I’ve repaid that,” O’Connor said.

“With Thorny, what you see is what you get. He likes it if you’re upfront…and you’re just accountable for your actions,

“That’s the way I live my life now, so we’ve got along pretty well.”

Whilst pundits and fans are praising his influence over the side, O’Connor concedes that he is a soldier of fortune, believing that it has been a case of being in the right place at the right time.

“I came (back) at a pretty good time. They’d laid the foundations down, recruited really well, there’s a Queensland base within the team, so for me to just come in it’s been pretty seamless,” he said.

“It’s just to add a few little tweaks here and there, and getting to know the guys and how each of them play, and just trying to unlock that talent that was already here.

“There was quite a bit of unfinished business before I came back this year, so it means a lot to us, and to me in particular.

“I’m my harshest critic. Anybody’s who’s played with me and anybody who’s coached me understands that, and if I feel I’m doing the correct job for the team, that’s all I need.”

Samp’s(on) for the long haul 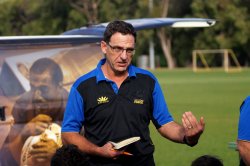 Western Force coach Tim Sampson has recommitted to the club for the next two years with the Force announced his re-signing until the end of 2022.

Sampson joined the club in 2018, finding immediate success as he led them to the 2019 National Rugby Championship title along with navigating their return to Super Rugby this season.

With their future seemingly secured as the Western Australians remains in hot demand between the two domestic competitions, Sampson was optimistic that they could build off their tough 2020 campaign.

“These are very special and exciting times to be involved with the club,” Sampson said.

“There is a lot of momentum not only within the Western Force, but also generally throughout Western Australian rugby, and I am delighted to be involved in witnessing it first-hand grow from strength to strength.

“We currently have a wonderful team throughout the entire organisation who are all motivated and passionate about what we do and who we represent. The club has been fantastic to me and my family, which I am so grateful for.”

Head of rugby Matt Hodgson praised Sampson for the impact that he has had upon the Force in his short stint.

“Tim has done an excellent job and we are thrilled to keep him here at the Western Force,” Hodgson said.

“He has helped establish a strong family-oriented culture within the organisation and I believe he is creating a long-lasting legacy for the club and the players.

“His ability to not only develop great players, but great people, is a testament to the way he goes about his business.” 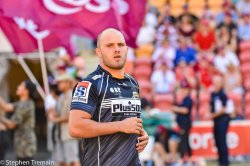 Brumbies back-rower Lachlan McCaffrey is looking to put his uncertain future behind him as he prepares for his side’s final against the Reds.

McCaffrey is preparing to return to Japan for a domestic campaign with Kyuden Voltex at the end of Super Rugby Australia, however, there are still uncertainties surrounding border closures and visa applications.

Considering he has essentially played rugby for 12 months straight (asides for the COVID break), McCaffrey told reporters that he is looking to finish this chaotic period on a high.

“I went from Super to Japan and straight back into Super, and it has been an unusually long season due to COVID,” he said.

“It will be nice to just reflect on that last period after a good win on the weekend and lucky enough to get back to Kyuden Voltex in Japan as soon as all the visas go through. I’ll get over there with my family and try to do well for next season.

“To be honest I just told managers can they just worry about that stuff. All my effort and energy goes into making sure we finish well for the Brumbies.”

With the ACT Government allowing up to 6,000 fans to return to GIO Stadium, McCaffrey was hoping that they could lift them to the inaugural Super Rugby Australia title.

“They’re people, when we run out, we can look around and know they’ve got our back for the next 80 minutes,” McCaffrey said.

“Most importantly, we get to play at home in front of friends, family, and loved ones. That’s what rugby is about. That 16th man is going to make a big difference.”

The Brumbies could be boosted by the return of fly-half Noah Lolesio, who is reportedly an outside chance of playing in Saturday’s final.