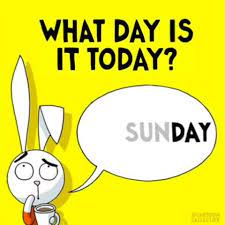 Welcome, G&GRs, to Monday’s Wednesday’s Rugby News! Unfortunately, KARL’s workplace was selfish and took too much of his time so I’ve jumped in at late notice. I hope this doesn’t ruin anyone’s day! As it’s short notice, there won’t be a whole lot; however, I’m sure you can all find a bone to play with.

THOUGHTS ON THE PACIFIC NATIONS CUP

I’m delighted to welcome back the Pacific Nations Cup (or whatever they’re calling it) when the Pasifika Nations join Australia A (serious question… we got a better name for them?) in the July test window. World Rugby is taking the tournament seriously by appointing top tier referees in Nic Berry, Wayne Barnes and Jaco Peyper, demonstrating that they believe these matches to be worthy of the best.

Now, I know that this is the first season that this tournament is back. And I bloody love that it is! But I’m already thinking ahead, which I have a habit of doing. In lieu of not having any form of NRC to fall back on that we know of (hint hint, RA), I wonder if the tournament is expanded in future seasons to have two Australian sides, the three Pasifika sides and, to match everything up, the Sunwolves can return as an actual Japanese B side. While being selfish to an extent for promoting the Australian players, there really isn’t much more of an option if there is still no true middle ground between club and super rugby. It’d be amazing to have these games shared around the grounds, though I do think the idea of a ‘winter’ set of matches in the Pacific is farking siiiiiccckk!

Why do I propose this? Well, I alluded in Sunday’s news that there were areas that I’d like the Aussie players to work on. Composure and pressure situations. What better way to learn than in the cauldron of decent rugby matches. If we can’t have an NRC, then this could be the next best way. Have the players in a camp and select two teams each week. It’ll be like the Mighty Titans but more Ocker…!

What say you mob?

Apologies to the Republicans out there. RA has announced members of our local rugby communities who have received gongs in the Queen’s Birthday Honours Listings. Like most of us here are, we are volunteers in the game we love so much. If it were up to me, everyone would be OAM! That said, it would be remiss of me to gloss over such prolonged and dedicated service to rugby by these recipients. Their accomplishments, achievements and contributions are duly recognised here on G&GR.

In unsurprising news, the Judiciary has found ‘no pattern of concern’ with Pablo Matera’s actions in Super Rugby after his double cheese turned vino in last weekend’s semi-final win over the Chiefs. I suspect that the ‘three yellows in a season’ was…. wait for it…. MITIGATED… as his second cheese was technically a team cheese rather than an individual cheese.

“Two of the yellow cards were given for technical offences (that is, not foul play) and those two technical offences were of a different nature to each other. The remaining two yellow cards again were for offences of a different nature and showed no pattern of concern. The Judicial Committee found that these were exceptional circumstances which meant that no further sanction was warranted. In addition, the Committee decided that the red carding and sending off of the player was a sufficient penalty in these unusual circumstances and that no additional sanction was appropriate in relation to that. However, the red card will remain on the player’s record.”

Right, folks. That’s all I’ve got time for this morning. If things pop up through they day then I’ll link them in the comments. Have a good one!