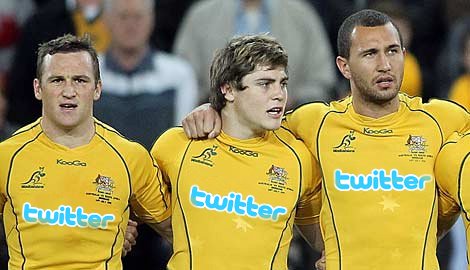 Twitter? Are you serious G&GR? It’s enough to have that bloody scrolling thing down the side of your front page, but now you’re doing stories about it?

With the Super Rugby season about to kick off, I thought it timely to do a recap of who’s doing what on twitter and who’s doing it well. For a more complete (and ever expanding) list, check out our Ruggapedia page. 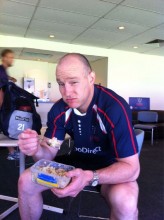 Let’s start with the new boys on the block, the Melbourne Rebels. Now the Rebels organisation is doing a bang up job on the internet so far, and their players are right up there too.  If you had to name the MVT (Most Valuable Twitterer) from the Rebs, I reckon it comes down to three people. Leading the way, as he does on the field, is their inaugural skipper Stirling Mortlock. Morty loves his twitter, so much so he has his wife on as well. The best part of Stirlo’s twittering has been following his recuperation from injury culminating with his debut for the Rebels last weekend. One thing about Mortlock’s tweets is that you can’t help but feel his enthusiasm towards how he approaches rugby.

But Morty has some stiff competition at the Rebels, from another injured veteran. Adam Freier has also been spending his injury recuperation time becoming particularly savvy in social media. Freier went quiet for a little while late last year, but has returned to full force and is definitely one of the ‘more better’ rugby tweeters around. 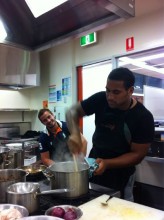 But my King of the Simm, from an on-line perspective, is Tight Head Prop Laurie Weeks. A wise man once tweeted, the key to social media is being social. Well that’s what really sets Weeks apart – his willingness to engage. He’s a great ambassador for the team, dishing up propaganda on a regular basis, but he’s keen to respond to the messages of fans, and is forthcoming on information and insight (in 140 characters or less) in most scenarios.

Newly named Rebels Vice-Captain, Gareth Delve is a growing twitter force. Happy to engage, he understandably maintains his strong tie to his home land which means a little too much chat about football and Andy Murray for my liking. But expect it to change as the season progresses.   A couple of rookies in Cooper Vuna and Afusipa Taumoepeau are still finding their feet in the twitter world and round out the Rebel tweeters. 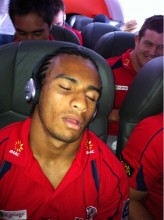 How Will copes with sitting next to a front rower. (c/- @QuadeCooper)

The Queensland Reds are probably the next best organisation on the ‘internets’ and likewise their players (and others) are certainly pulling their twitter weight. Like their on-field performances last year, there are consistent contributors across the park.

Digby Ioane is a relatively new addition to the gang, but has settled in well.  He does seem to spend a lot of time pining for his dog, but at least he’s willing to interact with his fans. Big Kev, James Horwill used twitter very similarly to Snorky Mortlock, in keeping us all up to speed on his injury recovery. What Kev did even better though was to spruik his, and the Reds’, sponsors. He seemed busier than his team mates during recovery mode, what with all the corporate lunches and sponsor and charity appearances he had to tend to. Promoting them all to his followers seems a rather astute way to provide wider awareness of these causes (and corporations). Then there’s the rather confusing Faingaa twins, who insist on sharing a twitter account like they did a womb. As with Horwill, they’ve done well in promoting their causes via their twitter, as well as their love of the Brisbane Roar soccer team. 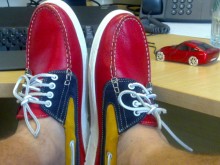 But as for last year on the field, there are two outstanding performers for the Reds when it comes to twitter. The first is arguably Australian Rugby’s preeminent tweeter, Quade Cooper. To suggest that Quade Cooper likes to tweet is like suggesting that he occasionally enjoys a Nandos burger. He LOVES it.  As he approaches 10,000 tweets (and almost 20,000 followers) Cooper get’s massive points for quantity. Let’s be honest though, he does fall into the trap of using it as some sort of ‘organic autobiography’ by tweeting the regularly inane. And let’s not get into his use, or misuse, of the apostrophe. But he is the original Mr Every-man and responds regularly to his followers whilst also sharing plenty of photos via his account, which provide some interesting insight into one of our most intriguing sports stars.

So Quade is the twitter king of the players, but his coach Ewen McKenzie has him beaten overall. Link has made a concerted effort to use twitter to form a close, ummm, link with Reds fans wherever they may be. He goes out of his way to respond to queries and messages of support. He involves himself in genuine ‘conversations’ and interactions with his followers, making him perhaps the most accessible rugby identity in Australia. At the same time he still manages to showcase his superior rugby analyst’s approach to the game and perhaps has done more for the QLD Reds profile than the QRU marketing department has for the past five years. 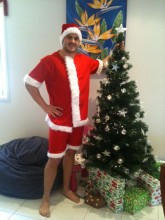 Moving on to the NSW Waratahs who have two clear groups. The first are the flashy outside backs, Kurtley Beale and Drew Mitchell, who tweet like they play rugby – fast, fun and with a terrific combination.  Drew likes the sparring aspect of the medium, with good mate Matt Giteau a regular target. Some of their banter on the Wallaby tour last year was particularly amusing. Now they are opponents I expect it to step up a level.

Then there’s the two props, Benn Robinson and Al Baxter, who are mostly unsighted.  Fat Cat clearly got roped into it by the backs during the international season last year, and has dropped away in the off-season. Baxter tweets rarely, and it’s mostly to promote his own personal web site, which is well worth the read in its own right.

For the Location-less Brumbies, it should come as no surprise that the man leading the way in twitter-land is Matt Giteau. Brumby fans will be hoping that Gits and Adam Ashley-Cooper can successfully combine as well on the field as they do on-line. Coops and Gits love the twitter niggle, often linking with Schmoo Mitchell in trying to one-up each other with on-line photos and one-liners. On the other end of the spectrum is the Artist-formerly-known-as-Noodles, Peter Kimlin. Kimlin’s impact on twitter is as it has been in Super Rugby of late. Largely non-existent. Similarly to his rugby career, he burst on to twitter largely naively but full of aggression. Since then though, not much. Perhaps his computer is broken. 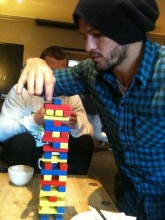 AAC takes time out from his work with the John Butler Trio to play jenga. (c/- @drew_mitchell)

Finally, we have the Western Force, and if you are picking up the trend then you will realise that the MVP for the Force is James O’Connor. Rabbit is all over this thing. Lately he’s been regaling us all with his pre-season work load, although it does seem to be dominated by a lot of photos of him at the beach. As you’d expect, there’s a lot of to-and-fro between him, QC, Schmoo, Gits, Coopy and Gilbert with more ‘bred’ going around than at a bakery on Saturday morning. Like the Wallabies backline last year it can be unbelievably fast and thrilling to watch, or it can be an absolute train wreck.

The two other contributors from the Force squad are backrower Matt Hodgson and marquee signing David Smith. Hodgo seems to spend the bulk of his time spruiking his sponsors, particularly his supplement supplier whilst Smith may well have fallen off the face of the earth for all I know, as his account seems to have disappeared.

The thing about twitter is you don’t have to actually ‘tweet’ yourself. You can sign up, follow the guys above, enjoy the banter and some inside scoops. 2011 is a massive year for Australian Rugby and following some of our leading names can provide a unique insight into life as a professional rugby player (or coach).

Though, as Michael Clarke found out recently, maintaining such a public front during a stressful time is a real challenge, and it will be fascinating to see how these lads cope during the upcoming Super Rugby season, and beyond to the Rugby World Cup.

In the meantime, don’t forget to follow me here. A special thanks too, to the one and only RugbyFuture from the forum for doing up the cover photo of the Twitter Wallabies. You can follow him on twitter here. But it’s not just the players who are worth following, make sure you follow our G&GR folk too. As a start, follow these lads listed below and go from there. Good luck and enjoy. Matt Gagger, Moses, Lance Free, Mr Timms & Brumby Jack.