Vikings run down the Rising 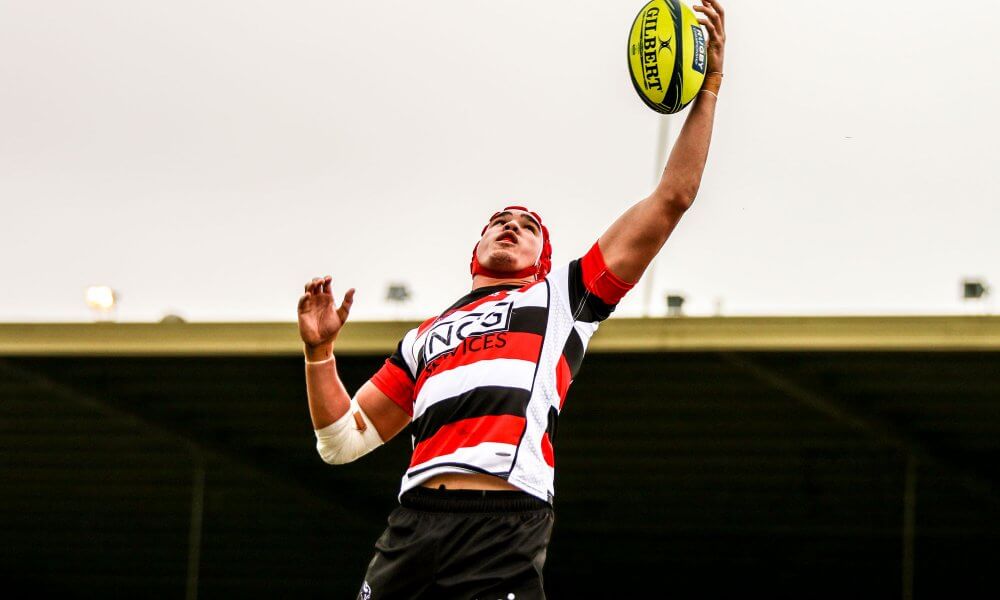 Vikings run down the Rising

The Canberra Vikings have consolidated their position in the top four and temporarily moved to second on the ladder with a 31-21 come from behind win over the Rising in Canberra. It was a game that seemed to have everything with a penalty try to each team and a total of three yellow cards handed out in a busy night for referee Angus Gardner.

It looked like the Rising would spoil the party as they raced out to a 14-0 lead in the first half and again at 21-14 in the second half with strong games from their forwards including Matt Philip, Anaru Rangi and Richard Hardwick but two late tries from Vikings hooker Connal McInerney saw the home side run out ten point winners with an all important clash in Fiji next week against the Drua.

The Vikings were unable to capitalise on early field position as their set piece faltered on two occasions to let the Rising off the hook and it was the Rising that opened the scoring after eight minutes as their forwards made the small metres around the fringes of the ruck before hooker Anaru Rangi burrowed over from close range to open the scoring and a 7-0 lead after Archie King’s conversion.

The Vikings thought they had hit back just minutes later winger as Chance Peni found space down the left wing before finding Brodie Leber but he lost the ball in contact right on the line to be denied.

The Vikings scrum wasn’t having the best night, following on from last weeks issues against NSW Country, and again it was the loosehead side coming under pressure with a number of penalties going against them while on attack.

The Rising were also able to take advantage of some poor work under the high ball from the Vikings and Rangi took advantage of one ball that came his way to put the Rising on the front foot. After a penalty right on the Vikings line as they scrambled to defend, Sione Tuipulotu weaved his way through the defence to place the ball against the post, with the nod from the TMO for the second Rising try.

It took about five attempts and 30 minutes after being held up numerous times but the Vikings finally got over the line with Darcy Swain awarded the try after long look from the referee. Hawera’s conversion made it 14-7.

Right on half time the Vikings were awarded a penalty try after a length of the field effort after a kick ahead from Lausii Talauli saw the Rising under pressure after gathering the ball on their own line. The Vikings took the penalty kick to touch and from the resulting lineout, they rumbled forward and Angus Gardner went straight under the sticks and brandished the yellow card to Rangi for collapsing the maul for the double whammy and leave the score level at 14-14.

The second half was a pretty tough affair for the first 15 minutes before it sprung to life. The Rising got a penalty try of their own to put them in front again after Lausii Taliauli deliberately knocked down a pass with the Rising hot on attack to join McInerney in the bin to leave the Vikings with 13 players for a brief period.

Almost immediately, the Vikings were gifted a try after an awful mix up at the back from the Rising saw Len Ikitau swoop on the ball to run untouched to the line. Hawera’s conversion hit the upright to leave it 21-19.

With 15 minutes remaining, the momentum then swung the Vikings way and off the back of a penalty the Vikings pulled out the rolling maul with McInerney making up for his earlier yellow card to put them in front at 24-19.

And then with three minutes remaining, he sealed the game for the Vikings with another try from close range after the Vikings scrum put the Rising on skates to earn a penalty for a scrum that had mixed results throughout the game. Lonergan’s conversion saw the game end at 31-21.

With 15 minutes remaining, the Vikings slowly got on top with a penalty and a great touch finder from Noah Lolesio and from that McInerney put the Vikings in front with a lead they would not surrender

A tough night for both sets of forwards with some big hits and strong runs from both packs. For the Rising, Matt Philip, Richard Harwick and Sione Tuipulotu put in strong games but the Vikings pack muscled up in the second half and helped by a strong effort from Darcy Swain the nod goes to Ben Hyne