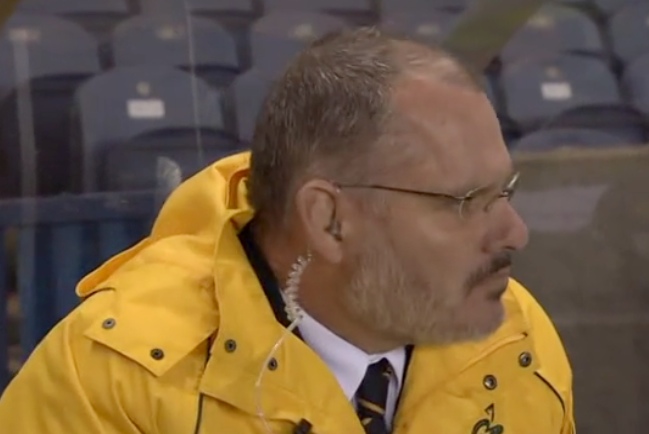 On the recently recorded podcast, a couple of points were made that I think are worth exploring in more detail.

After all of the conjecture, rumour and scuttlebutt surrounding Ewen McKenzie’s departure, two massive questions remain. The answers may well be connected, but they are the two points that don’t fit the overall narrative of events that some have presented.

1. Why quit on Saturday morning?

The timing of Link’s email was truly bizarre.

But why did he decide to do it on Saturday morning? This is weird for a couple of reasons. 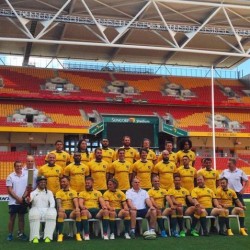 Firstly, I think the worst of the crisis had passed. The media had taken a backward step on the Patston/Beale issue after probing around in the darkness for something, anything, they could tie to McKenzie. They have thus far failed. On Wednesday or Thursday the focus shifted away from the off-field and onto the Wallabies and Adam Ashley-Cooper. And the interest of the fans was waning as well, as illustrated by the response to my article on Wednesday where I deliberately ignored the issue. From the outside it looked like he had weathered the storm.

The second reason has to do with the event taking place just hours later- the Bledisloe. Why not wait nine or so hours until the game was over? If he truly thought he had lost the support of the playing group why not hang on for just a bit more and see if that theory plays out on the field? The thought of him resigning after us winning the game makes this situation even more bizarre.

Something must have happened in the 48 or so hours in the lead-up to the game. Something must have been said in the change rooms that has broken the camel’s back. Obviously there was discontent within the playing group at the way things were being handled. But that then raises my second big question…

Saturday night was our best performance of the year. While the result didn’t go our way we played with pace, physicality and commitment. Our backline sparkled and our forwards dug in. Teams that are ‘in turmoil’ behind the scenes don’t normally do that. They don’t ever do that, actually.

If we had come out and been beaten by 40 (as many predicted) then this issue would be cast in a completely different light. Not only would Link have lost control of the players, but it was questionable whether he had made any progress at all. His decision to resign on Saturday morning would make far more sense, as he had clearly seen the writing on the wall. 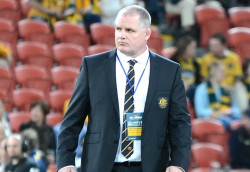 That wasn’t the performance of a divided team, a team lacking leadership*, a team that has no faith in the coach or the other players around them. Matt Rowley had a theory that the players might have said to Link “stuff it, we are playing our way”, and the Tah-like style we adopted may give that some credence. But that wasn’t too far away from what we have been trying to do all year, so I’m not sure I buy it.

But the way we played on Saturday makes this all seem so much stranger. I have honestly never seen anything like it in all my years of watching sport. This will take months to play out, years even. It is going to be autobiographies at ten paces.

These are the two questions I can’t get my head around.

*On the issue of leadership, I do want to mount a bit of a defence of Michael Hooper. My lord he has copped some shit on our comments section and I think a lot of it is way out of line. I don’t think he is a great captain. He may not be the right guy at the moment. But people need to keep in mind that he is only 22, and is still the youngest player in the side. Think about that for a second- twenty fucking two. Not only that, but he wasn’t the first choice captain. He probably wouldn’t even be the second or third (thanks to Pocock’s injury and Horwill’s form). And it’s not like he volunteered, he was picked for the role by McKenzie. So here we have a young bloke thrust into a situation where he is expected to act with the class and maturity of someone well beyond his age or experience level. And then he has to lead a playing group that is clearly having issues off the field! And we turned in our best performance of the year! As I said above he has his flaws, and has put his foot in it a few times in the past week. But I really think we all need to cut the guy a bit of slack. Just a bit.