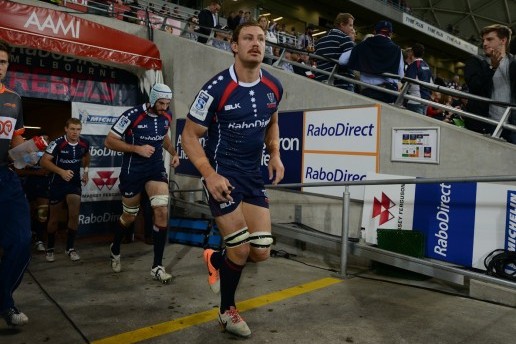 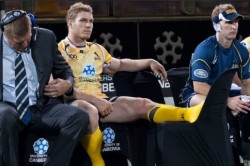 David Pocock will not be available for selection for the Brumbies match against the Chiefs on Friday after receiving a grade-one syndesmosis to his ankle during their win over the Reds.

“Obviously it’s a disappointing outcome and not what I wanted, having spent a long time out,” Pocock said. Brumbies coach Stephen Larkham added that the injury was in no way connected to the former Wallaby’s recurrent knee issues, while asserting that Pocock’s availability will be assessed on a week-by-week basis. 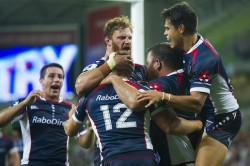 The Melbourne Rebels will have Scott Higginbotham available for their upcoming match against the Waratahs, with the SANZAR Judicial Hearing finding that the team’s captain was not guilty of stamping or trampling.

Presiding SANZAR official Adam Casselden was satisfied with Higginbotham’s explanation that the act was accidental, as the Rebel’s backrower was trying to jump over Richie McCaw. This lack of intention was corroborated by McCaw, who stated that Higginbotham immediately apologised for the contact. 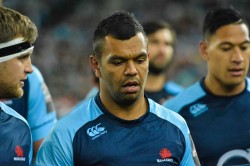 Kurtley Beale has described the Waratahs’ opening-round loss as “very embarrassing” and says the players – not coach Michael Cheika – must take the blame. He too dismissed the claim that the preperation of the team was lacking due to Michael Cheika’s dual workload.

“That is not hindering the playing group one bit, we’ve got full belief in him and what he’s trying to do for us as a club here at the Waratahs,” Beale commented. He added that the team felt that they had let down their fans, many of whom left Allianz Stadium before full-time.

Vern Cotter has slammed the performance of referee Glen Jackson who presided over the team’s controversial 23-26 home loss to Wales over the weekend. “Somebody will have to look at the ref display or decisions made,” Cotter said diplomatically.

The Scotland coach said that he would further voice his concerns to World Rugby, but emphasised the dubious decisions to blow the final whistle early, failing to award a Mark Bennett try and refusing to go to the television match official when Greig Laidlaw appeared to have scored in the first half.