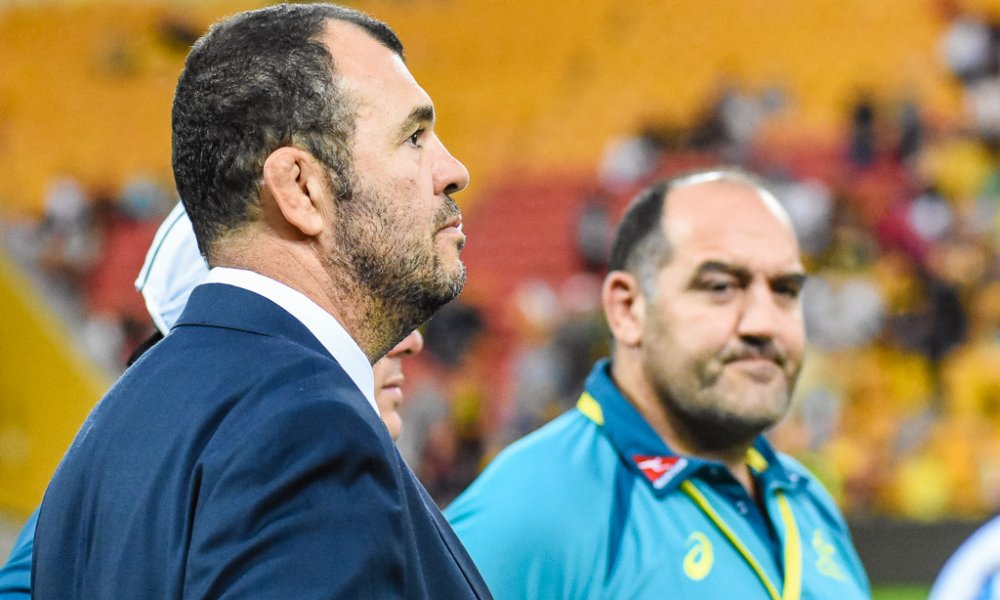 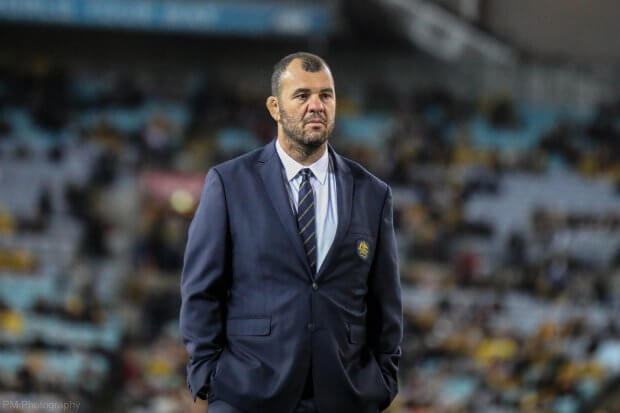 Michael Cheika was practising being sad even before kickoff.

Australia has only played four tests since Michael Cheika declared he could never coach against Australia but that exactly what will happen this weekend. To dismiss his influence in last weeks upset (to put it mildly) victory over the All Blacks would be crazy. we all know he can motivate players and that appears to be precisely what he did. His weaknesses appear to be in other areas and they aren’t areas Los Pumas are looking for skills in.

So what did Cheika say that made such a difference?

“What are you waiting for – you’ve got everything.”

And with those words of encouragement, Michael Cheika helped sow the belief Los Pumas would use to topple the All Blacks, according to captain Pablo Matera.

Sometimes the smallest thing from the right person at the right time can make all the difference. Australia’s only saving grace is that at least we didn’t play them first and that it was our Kiwi cousins who walked into the ambush.

While head coach Mario Ledesma and his players quite rightly earned plaudits for their inspiring and skilful takedown of the All Blacks, their victory had Cheika’s fingerprints all over it.

Los Pumas were ferocious in contact and dominant in the tackle, but nowhere was Cheika’s influence on the field felt more than in the passion and siege-mentality that the South Americans played with – the hallmarks of the Australian during his two-decades coaching.

Speaking after the incredible 25-15 win in Sydney’s west, Matera said that Cheika had given his side the belief to go out and beat the All Blacks for the first time in their 35-year history.

“I’m not going to talk about the whole experience that he has as a coach and all the things that he can bring to the game. But seeing us as a team from the outside, he just came the first day and said, ‘what are you waiting for – you’ve got everything’,” Matera said. 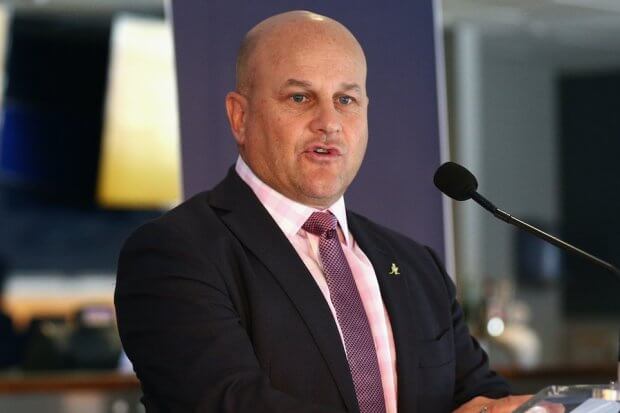 When COVID hit things were looking pretty crap for Australian rugby. Suddenly all revenue streams stopped and RA was in the middle of negotiating their new Broadcast rights agreement and had just told their previous broadcast partner that they’d like to test the market.

What happened next could make Australian rugby stronger than ever. The fallout and concerted media campaign from RA’s old partner put paid to CEO Raelene Castle There were staff cuts in every arm of Aussie rugby and those lucky enough to stay on took pay cuts, the players also took pay cuts (mostly) and interim CEO Rob Clarke and chairman Hamish McLennan went about rebuilding RA, securing a broadcast deal and creating content to broadcast in the deal.

At the launch of the new Trans Tasman competition, Clarke spoke about where they’d come from and where things were going.

“Well, you wouldn’t have thought it at the beginning of COVID, would you?” Clarke told written journalists following the announcement that Australia and New Zealand would play each other in a trans-Tasman domestic crossover following their respective Super Rugby seasons in 2021.

“The dark clouds were very much on the horizon then and we’ve had some storms throughout, but I think we’re now starting to see the sunshine.

“And you’re right, Rugby Australia is leaner and meaner and fitter because of the decisions we’ve had to make around our structures, our resources, our cost base and I think that is a good platform to move into 2021.”

With a new Broadcast deal, Super Rugby AU and the TT comp, The Force back in Super Rugby, and a new coaching team in charge of the Wallabies things are looking bright.

The Reaction from NZ 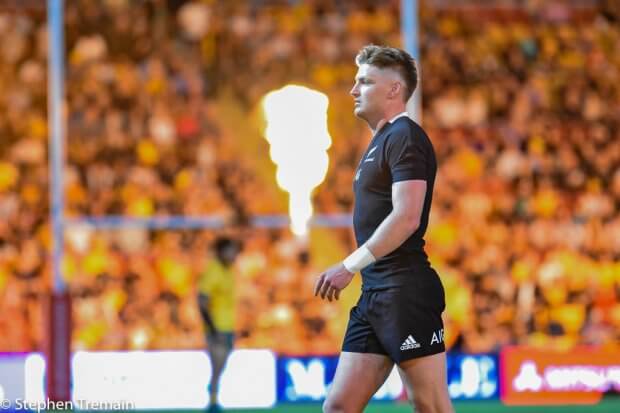 It didn’t take long for new All Blacks coach Ian Foster’s head to be shoved unceremoniously onto the black with a big axe hovering above it.

The All Blacks have now lost back-to-back games for the first time since 2011 after the Wallabies won the fourth and final Bledisloe a week before and they are in somewhat of a crisis.

It has been a decade of dominance for one of sport’s greatest-ever teams under first Graham Henry and then Steve Hansen which has seen them collect two World Cups and go unbeaten for a full calendar year.

But 12 months ago, Hansen ended his time at the helm and Ian Foster took charge, having to wait all the way until October the following year to unleash his All Blacks for the first time.

The NZ Herald’s sports writer Chris Rattue is leading the calls for Foster to go this morning, claiming New Zealand Rugby must accept they made a mistake and rectify it.

He wrote: “The first and most obvious thing to say about Argentina’s brilliant win over the All Blacks, from a New Zealand point of view, is that Ian Foster must go.

“And he must. New Zealand Rugby needs to admit to its mistake, and change their All Black coach at the end of this season.

“The All Blacks are getting beaten up, quite regularly, by muscular and superbly-schooled opponents who don’t need to be highly skilled.

“Okay. The All Blacks are struggling physically, and world domination may be a thing of the past. Such is life. But I’m absolutely certain there is something far more potent within the New Zealand game than Foster – only an average Super Rugby head coach in his day – is capable of unlocking.

But he’s not on his own, there is a long line of commentators all calling for change. It’s a tough gig being All blacks coach with a 2 from 5 win record. 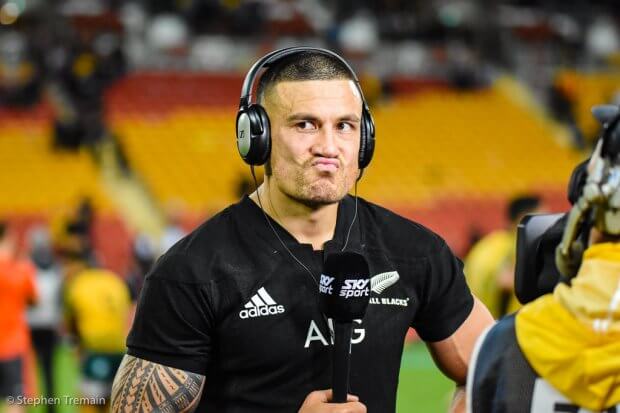 With a new broadcast deal inked a couple of weeks ago, some punters have turned an eye to a long-overdue rejig of Australia’s commentary team.  Any hope of renewal within the team disappeared with rugby’s ratings and Foxtel’s subscriber base. Foxtel decided to stick with their old-timers and ditch the new talent they’d bought on to freshen stuff up.

Well, the first name to be put out there for reaction is none other than Sonny Bill Williams. On the face of it Williams is a top-level athlete in two sports and a passable one in a third, he brings a wealth of experience on the sports side of the equation but nothing on the media side.

SMH’s Danny Weidler wrote earlier this week: “There have already been seeds planted and a crucial meeting this week will see if all parties are on the same path.

“Plenty of hosts work across multiple sports but there are few who can work as expert commentators in more than one.”

I, for one, am open to new voices presenting rugby to the masses but I’m not sure if Sonny Bill is enough of a talker to carry a show but I’m sure he’s articulate enough to provide expert commentary.