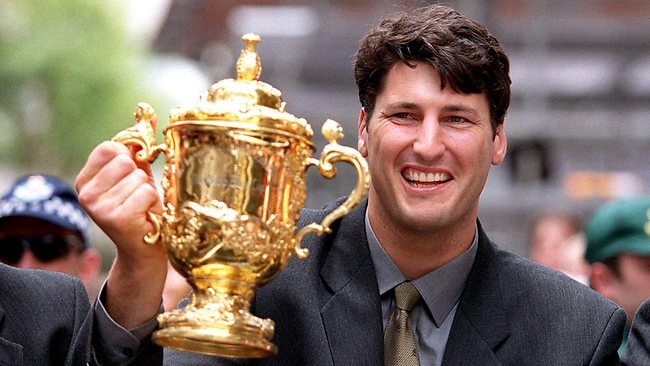 Tuesday’s Rugby News has good and bad news for Queenslanders, Springbok squad announced for the June tests and some more fall-out from Willemse’s walk out.

Eales to be Immortalised

With state-based parochialism building to fever-pitch in Queensland due to this week’s announcement of the team for an upcoming series of some other sport, the QRU has picked the perfect time to unveil plans for a statue of John Eales.  He will be the first rugby player recognised with an installation at Suncorp Stadium (nee Lang Park).

In an effort to have the statue stand out from the four rugby league ones also as the ground, the pose chosen has Eales being suspended in mid-air, pulling down a line-out.

QRU Chairman Jeff Miller has oddly described the installation as “interactive”, the statue alas will actually remain motionless, but it does however afford fans the opportunity to just pretend as if they were assisting in the lift, which should in time prove more popular than actually having to hoist the 300kg likeness of Eales into the air.

Miller was also full of praise for Eales at today’s announcement saying, “As a player he was a phenomenally gifted and courageous athlete, but he also possessed an uncompromising sense of fair play which epitomises Rugby Union”.

Summing up the day eloquently, Miller described Eales as the stand-out player of the modern era.

“He is the stand-out player of the modern era associated with Suncorp Stadium.”

Despite voicing his usual modesty, he seemed to accept the appropriateness of both the statue’s subject matter and location. “I was privileged to play here, represent my country here and to play with some great Australian players here in some great and very memorable matches, as well”, Eales said. 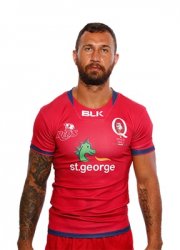 In something of a relief for Quade Cooper fans, the former international fly-half is no longer available for Wallaby selection after picking up an injury on the weekend.

The former #10 injured his medial collateral ligament and will miss up to a month of football he announced on twitter after the match.

Cast aside from the Reds this season and told he would need to move to another Australian super rugby franchise to be considered for Wallaby selection Cooper instead chose to stay in Brisbane and play for Souths in the premier grade competition.

Still contracted to QRU Cooper is probably the best-paid player in premier rugby and his influence at the club sees the Magpies as ladder leaders, with 6 wins from 8 matches after not even making the finals last year.

With the 70-test veteran out of the mix it remains to be seen who will make Cheika’s final cut when the team is announced later this week.

Stay tuned to Green and Gold for all the latest on the squad announcement. 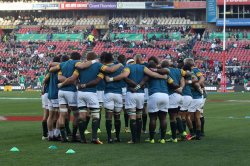 With 4 tests during the June test window South Africa have named a 43-man squad featuring a mix of local and international players, with 17 potential test debutants.

The Boks kick off their internationals with a match against Wales in Robert F. Kennedy stadium in Washington D.C. before the host 3 tests in Johannesburg, Bloemfontein and Cape Town against an English team no doubt stinging after their thrashing at the hands of the Barbarians.

Tensions ease then boil then ease again in South Africa 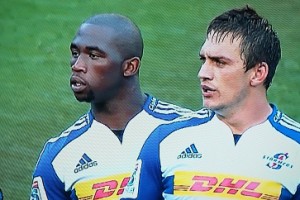 After last week’s on-air walk out by former Springbok Ashwin Willemse the reaction from the network was swift without being in any way decisive.

All three presenters involved in the stoush have been stood down (on full pay) pending an investigation into the matter chaired by Senior Counsel Vincent Maleka.

A statement from SuperSport reads “We are committed to getting to the bottom of this serious issue. Advocate Maleka SC has been asked to make findings and recommendations by Monday‚ June 11‚ 2018.”

This seems to fly in the face of SuperSport CEO Gideon Khobane’s comments from Monday where he’s quoted as saying “We are positive that this was not a racially motivated issue because all parties were very courteous during our discussions that started this morning.”

South African rugby will be hoping the issue isn’t racially motivated too, given they’ve just announced Siya Kolisi as their test captain for the upcoming series against England.  It will be the first time* in their 127-year history that South Africa will go into a test captained by a black player**.

*Kolisi had filled in as captain in lieu of Eben Etzebeth last year when the Etzebeth was injured during a game.

**a 2006 match against a world XV where SA was captained by Chiliboy Ralepelle did not receive test status.