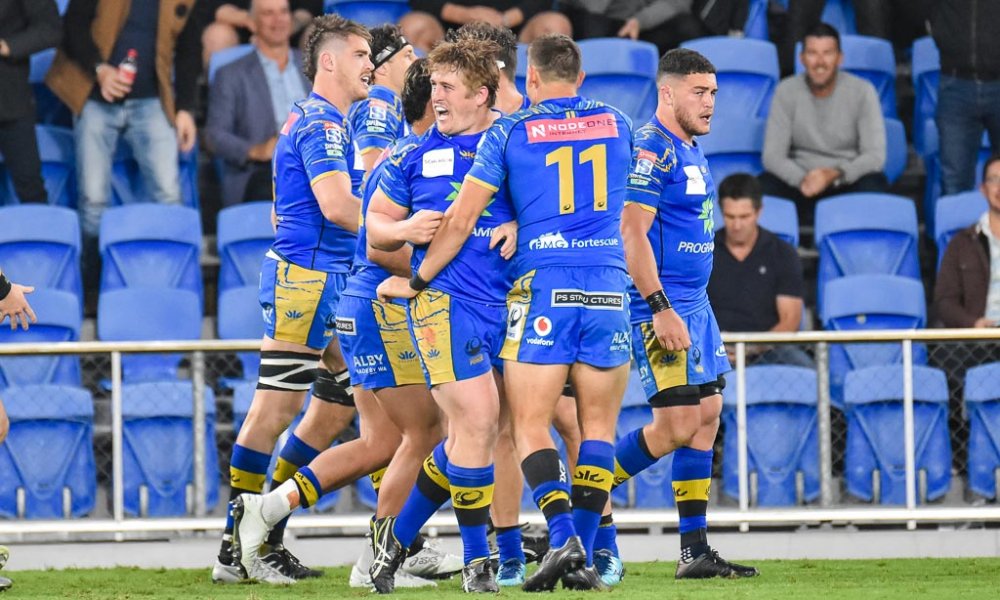 Thursday’s Rugby news see the Rebels finally return home, as the Reds welcome the Force to Suncorp, while the Australian Club Championship sees Easts and Gordon clash on Saturday, and the Waratahs go shopping for new recruits to bolster their squad. 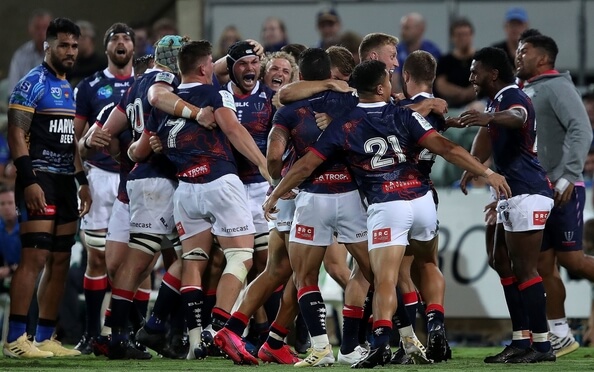 The Melbourne Rebels celebrate their first win of the season.

Super Rugby AU continues to roll on, with round 5 kicking off on Friday between the Melbourne Rebels and the winless NSW Waratahs.

The Rebels will play their first match at AAMI Park in 377 days when they host the Waratahs.

The Burn Boys will be in action, with Pone Fa’amausili, Trevor Hosea, Jordan Uelese and Rob Leota all lining up in Rebels colours as the squad looks to put their stamp on the competition following a much-needed win over the Force in Perth.

The lads were welcomed home by a giant billboard featuring the Burn Boys outside Federation Square train station, and Pone is looking forward to playing in front of his family for the first time since 2019.

“It’s pretty special for us this week, coming back to Melbourne and playing in front of our home fans,” Fa’amausili told AAP.

“It’s been over 12 months so the boys are pretty excited and to see our faces up there I was pretty proud cause us Melbourne boys have done it tough.”

Rebels lock Trevor Hosea backed that sentiment, saying he was looking forward to playing in front of a home crowd.

“I’m so excited, being a Melbourne-born boy. I have never played at AAMI myself so it will be a big occasion,” Hosea told Stan Sport’s Rugby Heaven show. “I have a lot of family coming out to the game, so it’s definitely going to be a big night.”

Over 8,000 spectators are expected to attend the game. 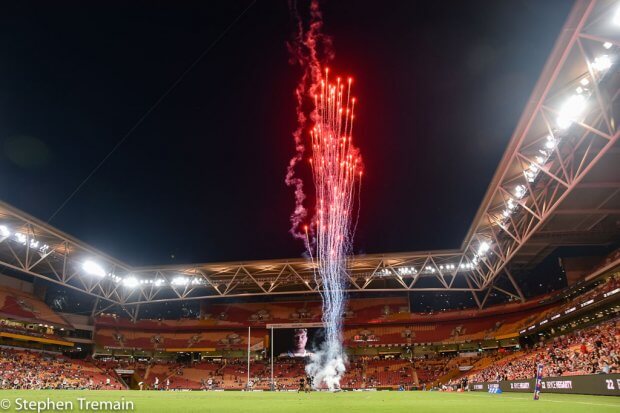 On Saturday night, the Queensland Reds welcome the Western Force to Suncorp Stadium. The Queensland team is riding high after securing an important win over competition darlings the ACT Brumbies. It was their first win in the national capital in seven years.

The Reds are now three wins from three matches this year. They will be looking to extend their eight-game unbeaten record at Suncorp against a Force team desperate to prove they can mix it with the top-dogs of Super Rugby AU.

The onus will be on the Reds to back up a good performance with another over the Force in Brisbane, and coach Brad Thorn hinted they still have not reached top gear.

“We’re still a bit clunky, we’ve still got work to do,” Thorn said.

The Force are no easy-beats this year, proving that in a tough-fought encounter last weekend. In a staggering stat line, the Force have managed 10 victories out of 20 matches between the two sides.

37-year old Greg Holmes will be lining up for his 150-game Super Rugby game at the ground where he started his career, Suncorp Stadium. He identified the area the Force pack will be targeting.

“Our lineout didn’t fire at all, so this week we’ve really addressed that,” said Holmes.

“We know the Reds have a huge scrum and a good lineout, so that’s an area where we have to be on point.” 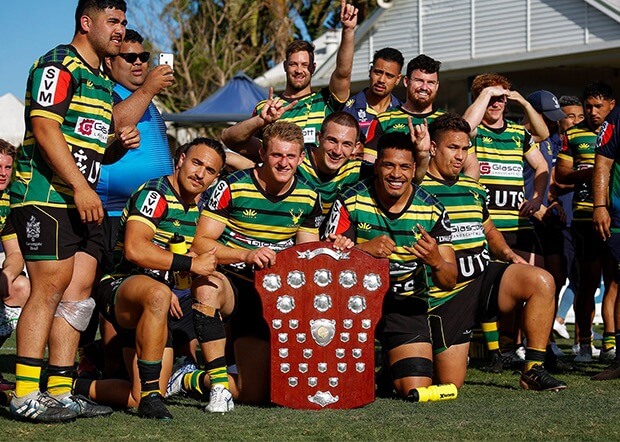 Gordon win the Minor Premiership in 2020.

In case you might have missed it, the Australian Club Championship is scheduled to go down this weekend for the annual contest for bragging rights to prove who the superior club is from NSW and Queensland.

The game kicks off at 2:05pm Queensland time and will be streamed on Stan Sport.

The Australian Club Championship was first contested in 1974, and is always an intriguing battle between what is ostensibly the two best club sides in the country.

During the off-season, Gordon has seen a considerable turnover at the club, with premiership-winning coach Darren Coleman heading to the U.S. to coach the newly-formed LA Giltinis who compete in the Major League Rugby competition. He has brought with him a strong contingent of Gordon players who won the 2020 Grand Final, including Mahe Vailanu, Harrison Goddard, and Charlie Abel.

The Easts Tigers club completed an astonishing six-from-six sweep in the grand finals as the first grade farewelled legend Ben Mowen with a first-grade victory. They could be missing a few players from that team, including prop and cult-hero George Francis who is in line to make his Waratahs debut. 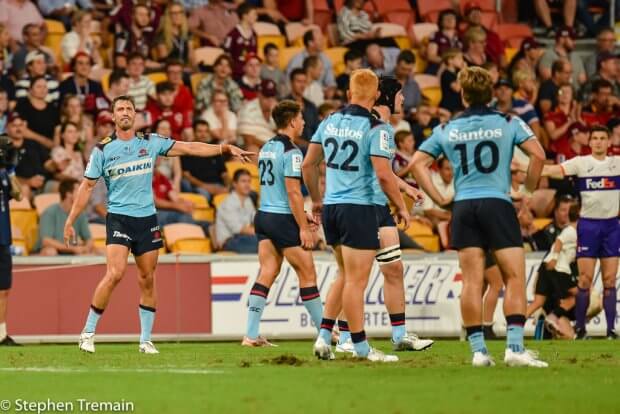 The Tahs needs some support

The speculation around the fortunes of the NSW Waratahs continued during the week following the board’s review of the organisation.

The bye came at a merciful time for the embattled club, who have yet to win a game this season. While coach Rob Penney’s job seems to be safe for the moment, management is looking around to find some sort of change that will right the ship.

The Sydney Morning Herald’s Sam Phillips has revealed that Waratahs have a little pocket money in reserve after tightening the belt in a covid-affected 2020, and will be looking to go on a spending spree for next season.

“The decisions that we had to make in 2020 during the height of the coronavirus pandemic for 2021 – those tough decisions that we made have set us up very well for this season and the next,” Doorn told the Herald.

“From a player roster perspective, it’s not something you can catch up instantly. But we’re very confident we can attract and pay for the very best roster that we can. We will have the money to buy the players that we need to have a really, really competitive roster. We had to take our medicine this year. We had to take it to set ourselves up for 2022 and beyond.”
The Tahs recently missed out on the signature of Wallabies lock Izack Rodda. Who would you like to see the Waratahs sign to bolster the squad?
Related ItemsnewsRugby
Club Rugby