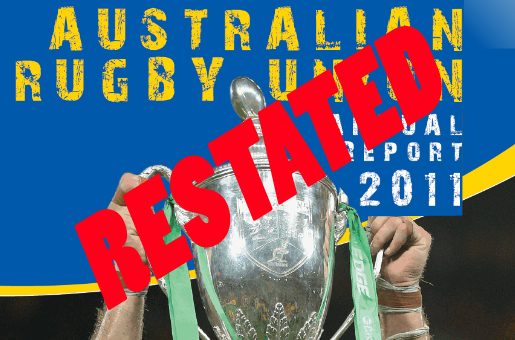 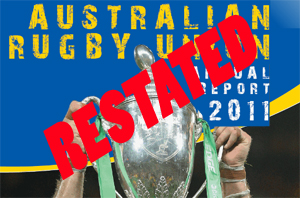 I thought that the revelation in my article on Friday that the ARU’s reported ‘Corporate’ expenditure had almost doubled between 2010 and 2012 was bad enough, but prodded by some insightful questioning on that article I’ve looked deeper into the ARU’s 2012 annual report and found something which I believe is far more troubling – that the awful truth about ‘Corporate’ expenditure actually gets worse.

The restatement of the 2011 results is not in itself the issue – obviously it would be better not to have to amend what was reported previously but it does happen in the corporate world as well – it is what has now been disclosed that is the issue.

To get to the bottom of it all there’s a lot of detail to get through, so below is a quick summary – read on for details and more revelations.

There is much more to this story than just the increase in costs and accordingly, what was originally planned to be part two of this report  – a comparison with the financials of the NZRFU – will become part three and be published tomorrow.

Read on now though for more detail behind this intriguing situation or click here to see the questions this raises for the ARU.

Aussie Super Rugby Team of the Week: Round 11
What’s the best balance of the Wallaby back three?