Springboks finish too strong for Pumas 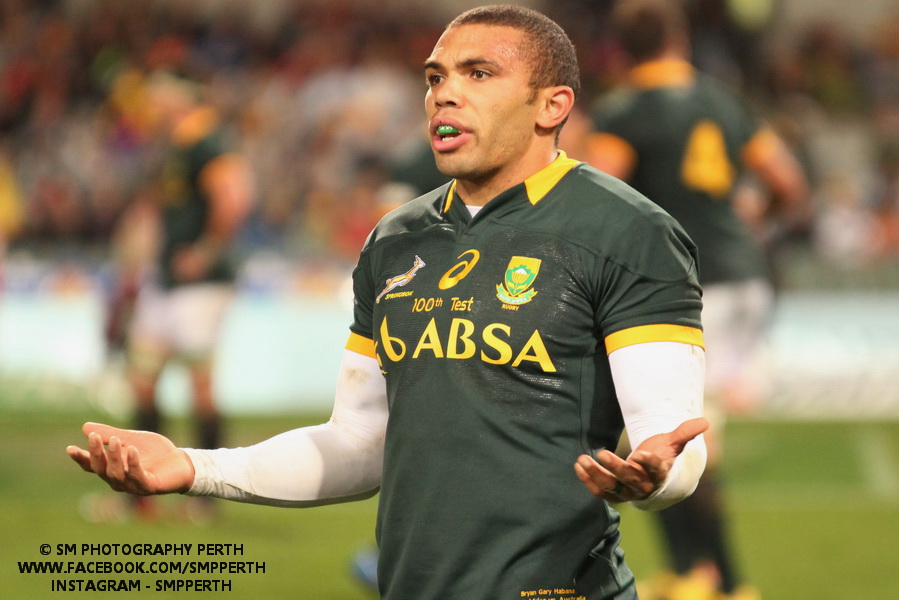 Springboks finish too strong for Pumas

The Springboks left it until the last 10 minutes to secure a win against the Pumas in Nelspruit overnight, scoring two late tries to break the hearts of the Pumas and their fans, who surely felt they were headed for an unlikely away win in their opening Rugby Championship match.

It was South Africa who opened the scoring, after missing an early penalty shot Elton Jantjies broke through the defence before Johan Goosen also found a gap and delivered the ball to Ruan Combrinck who crossed for the first try 7 minutes in. Jantjies conversion attempt from the sideline was successful making the score 7-0.

7 minutes later Nicholas Sanchez slotted a penalty goal after Francois Louw was penalised for going off his feet at the breakdown, closing the gap to 4 points. The gap went back out to 7 when Agustin Creevy was penalised for not rolling away and Jantjies successfully scored the goal.

21 minutes in the Pumas were reduced to 14 men after Manuel Montero was sent to the sin bin for a tip tackle on Damian de Allende. Not only did the Springboks fail to exploit the one man advantage, they actually conceded points during the ten minute period.

When Lionel Mapoe was penalised for offside it gave Sanchez another opportunity to close the gap. His penalty shot struck the right-hand post, dropped onto the crossbar and then fell over for 3.

Just 1 minute later the Pumas make a break from their own 22m, leading to a brilliant length of the field, team try finished by Matias Orlando. Sanchez made the conversion taking the Pumas into the lead 13-10.

At the 28 minute mark a penalty against Martin Landajo for playing Habana without the ball gave Goosen the chance to kick for 3 points. He missed, with the kick going slightly wide.

South Africa had a chance to take the lead 5 minutes out from half time when Lionel Mapoe went over following a five-metre line-out. However, replays showed he lost the ball going over and the try was disallowed.

Jantjies had one last chance to level the scores going into half time following an offside penalty, but he missed his second shot at goal for the half, leaving the half time score at 10-13.

The second half didn’t start well for the home team, with Bryan Habana sin binned 5 minutes in for taking out Santiago Cordero in the air, after Habana slipped and made contact with Cordero. This time it was the Pumas who failed to take advantage of the extra man, unable to add any points.

15 minutes into the second half Jantjies levelled the scores for the Springboks with a penalty shot after Creevy was penalised for going off his feet.

Both teams started to bring on the substitutions in an effort to gain control over a tight match.

At 64 minutes Sanchez again put the Pumas into the lead after a penalty against the Springboks for hands in the ruck.

Just 2 minutes later a seemingly pointless up and under from Jantjies was collected by the Pumas who then launched a counter attack. A Sanchez chip over the top was collected by Cordero who dove over the line for the Puma’s third try. Sanchez converted, giving the Pumas a 10 point lead with just over 10 minutes left on the clock, 23-13.

Just minutes later the Springboks hit back after a dominant scrum and a darting run from Faf de Klerk, finished with a quick pass to Goosen to put him over the line. Jantjies nailed the conversion to put the Springboks within 3 points.

Jantjies then levelled the scores through a penalty shot with 7 minutes remaining. At 23 all the Pumas looked to have lost their composure and were struggling in both attack and defence.

The final nail in the coffin came when Warren Whiteley crossed the line in the corner with 1 minute left on the clock. Jantjies made the conversion, taking the Springboks to a 7 point lead, 30-23. There was a very faint glimmer of hope for the Pumas when Whiteley failed to find touch after the siren, but he was able to regather his own kick and run the ball out to end the game, leaving the Pumas to reflect on what might have been.

In teh last 20 minutes the South African’s gained ascendancy, it looked as thought the Argentinians lost their way. Their attacking structures fell off and they struggled to hold the defensive line.

Faf de Klerk has brought his Super Rugby form with him to the Rugby Championship. He played a vital role in the Goosen try  and showed his strength in defence, holding players up and helping his forwards get the advantage.