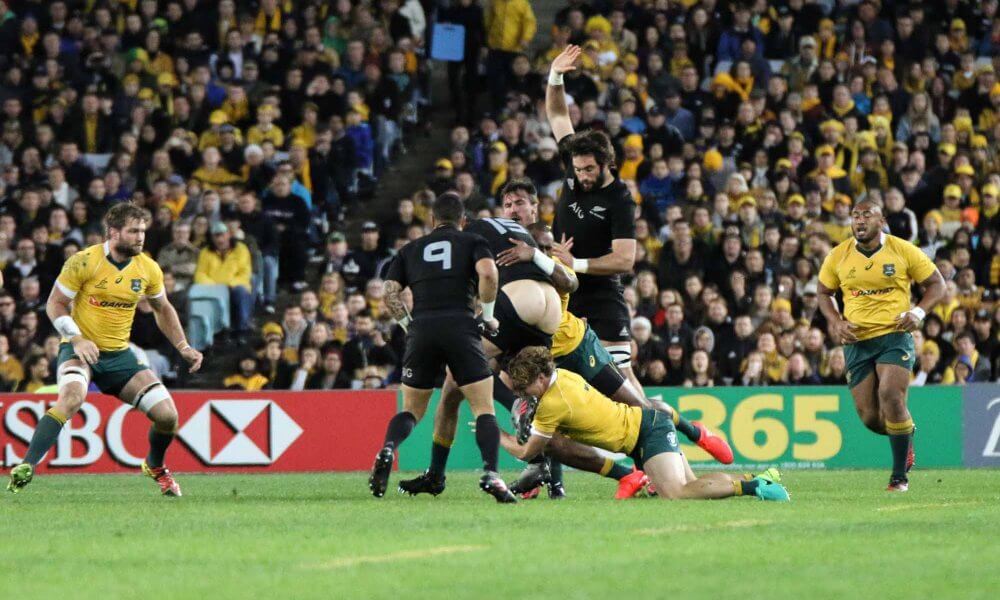 Scrum was ‘okay’ but Sio was quiet elsewhere, except for when he gave away two uncharacteristic penalties. 5 run for 11m, 5 tackles and 1 missed. 4

The captain is going down with his ship. 3 missed tackles and 6 made, 2 runs behind the advantage line. Also needs to shoulder some of the blame for our below par line-out, but his throwing wasn’t terrible. He also rushed off a player he was marking to double teamed a winger to make an All Black try look even softer. 3

Scrummed well, but only touched the ball in general play twice… Also fell off 3 tackles, however did complete 9. 4

The lineout was shocking. He made very little impact with his running game (6 runs for 5m), missed 3 tackles, completed 10. 4

The guy picked for his lineout expertise failed miserably, unless he was actually trying to throw to Read. 5 runs for 2 meters. Missed 1 tackle, completed 11. 3

He was brought in to ‘balance’ the backrow which for some reason caused Hooper to be the third line-out option… missed 4 tackles (10 made) and his 6 runs provided 0 meters. 3

14/14 tackles, gave away a couple of penalties. Operating a little too wide on attack, we desperately need his go forward in tight as you can see with the run metres above. 5

13/17 tackling. Wasn’t at his best at the breakdown but the few steals he created was wasted by his team mates. The pass to Phipps for our only try needed to be on the money and was. 5

After 5 months off this was a good start. Made 11/14 tackles, mostly in that difficult covering sweeper position. Passing was crisp and looked good when chancing himself. Seems to have added handy off-loads to his repertoire or has last night erased the 2011 reds from my memory. 5

Where do we start… Fell off four tackles, general kicking game was incredibly poor, resulting in a try to the other team. Looked like he’d never played against rush defence before. To top it off missed a get-able consolation conversion.  2

When the other team has an overlap, the winger takes the winger and you rely on the cover defence to eventually get the inside players. To top off some poor defensive decision making he also missed 4 tackles. Our best tactical kicker going into the game was not used in our exit strategies. 2

He may have gotten injured early but still managed to miss a touch finder and a tackle while he was still able-bodied. 2 (Tell your story hobbling pal)

Seems to have already been made the scapegoat, however he did make 17/17 tackles. Unfortunately he was pants on attack, dropped a ball on one of our more promising moves which directly lead to a try. He also couldn’t link up with anyone attacking on the fringes and when we did win a line-out he dropped the ball again. 4

From SMH – Solid as usual and worked hard. *Bonus point for telling it like it is at half time: “They’re all over us”. 6…

He missed 3 tackles and in his 7 runs didn’t manage to bust one. He did pass the ball once, so should I give him a bonus point? NO! 4

Busted 4 tackles and made 2 offloads. The only player to look remotely dangerous with ball in hand, other than Phipps of course. 5

Line-out was better as was the scrum, but only missed a tackle (didn’t successfully make one) and again, his one run was for no metres. 4

Came on and off for blood. Made 3/3 tackles and a couple of metres gained each run and didn’t throw an intercept pass. Probably benefits from what looks like an error free game on paper. 5

Our best pick and drive forward… who debuted on the side of the scrum that he is less familiar with against the All Blacks, whilst getting spanked. 6

I was initially death riding Mumm, hoping it would be the last time we see him in the Wallabies, but now I want him to start in lock… Fixed the lineout and provided some much needed go forward and linking play in tight. 6

Did not play long enough to rate. No Rating

6/6 tackles, 2 line-breaks and a try, not bad for the replacement scrum half playing on the wing. 7 GAGR MOTM

Concussed almost immediately after coming on. No rating

So the guy has had issues with this elbow and plays a Bledisloe without it being taped up. No Rating

Wallabies blacked out in Sydney
Springboks finish too strong for Pumas