It’s late April and we are entering the 10th round of Super Rugby AU, on the precipice of a couple of great months for rugby.

I’ve decided to dust off my keyboard (and this website) and punch out some half-arsed observations in the hope that I can hear some of yours as well in the comments. I’m sick of the informed punditry of Stan Sport and the Sydney Morning Herald, the keyboard warriors must have their day. So without further ado, here are the seven things I’ve seen in the season so far:

I admit to being a bit skeptical about the Super Rugby AU format when it was first announced. I was hardly mourning the death of Super Rugby, but I was unsure we could sustain interest in round after round of derby games. After all, Aussie derbies in Super Rugby were normally low-scoring, error-filled games that always suffered by comparison to the Kiwi derby that preceded it.

But by God I think it’s worked. There’s been enough competition at the top (and bottom) for each game to have meaning and intensity, while the law variations have allowed the game to speed up and show the skill of our players. There have been a couple of genuine classic matches in the past year, and there’s only been a couple of stinkers.

And now we’ve set up a really interesting month of Trans-Tasman footy. I’ve got no idea how each Aussie team is going to fare, but I am counting down the days until we find out. The Reds play the Crusaders at Suncorp on 22 May, and it may as well be a Bledisloe.  Somehow being deprived of games against the Kiwis have only enhanced my desire to play them. 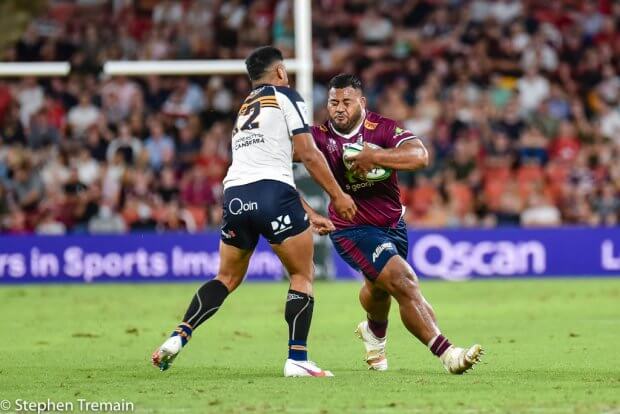 We finally divorced Fox and fallen head over heels for our second wife, Stan Sports. She’s younger, more vibrant and her actions have only exposed how our first wife stopped putting any effort in years ago. It’s a fresh new world and I’m loving it.

Some of the stuff is as simple as a fresh coat of paint on the way we watch coverage, like new voices in the commentary box. Sean Maloney has been outstanding in providing up-tempo play calling that still never veers into Daryl Eastlake territory. I love hearing a Kiwi perspective from Andrew Mehrtens, the analysis of Morgan Turinui, and the biggest shock of all – how good Michael Cheika is when he comes off the bench to provide insight.

But it’s more than that. It’s the enormous back catalogue of games available to watch on demand. It’s new camera angles, like using Spidercam to hover over a set piece backline move. And it’s just a general feeling that the production team aren’t just going through the motions.

I really can’t find much of a negative. I’d love to hear a female voice in commentary from time to time, though Roz Kelly and Allana Ferguson are both used well in the coverage. The functionality of the app could be a little better but now I’m splitting hairs. It’s bloody great and I hope it continues into the international season.

The Hunter and the Hunted

The Wallaby backline looks relatively settled, with one of the remaining questions being whether you play Hunter Paisami at 12 or 13. Because you have to play him somewhere, he’s that good.

He’d be in my top three players of the season so far. A hammer in defence and attack, but capable of skilful touches that set him apart from the rest, like the grubber kick in the 78th in Canberra that put Jordan Petaia over the line.

For the first time in a very long time, I think we’ve got a centre who can achieve the pinnacle of the craft – the full Nonu. Ma’a Nonu walks into the best team of the century at 12, and I won’t hear anyone who disagrees. At his best he was the complete package: he could run through a brick wall, but throw a deft cutout or kick a clearance under pressure. He defended solidly and chose his moments perfectly.

Hunter Paisami has all the ingredients to go full Nonu, and that is bloody exciting. Do you play him at 12 or 13 for the Wallabies? I think that depends on the form of Matt Toomua. If he’s fit and firing, I think he’s the experienced head we need at inside centre. The glimpse of the White-JOC-Toomua-Paisami combination we saw in Wellington last year was enticing, and though Toomua has been a bit up and down for the Rebels he’s a proven performer and I’d have him in my XV. It gives Paisami a great platform to unleash mayhem in the wider channels. 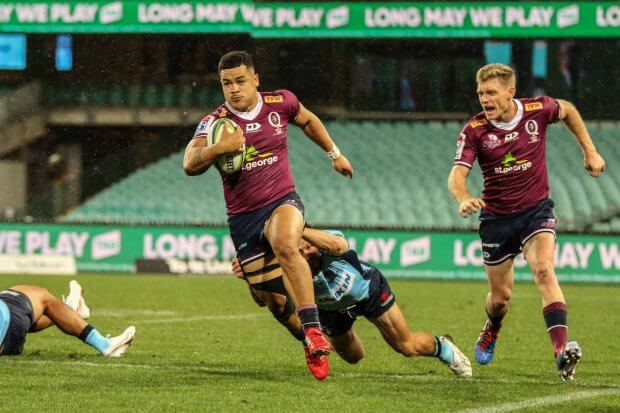 When was the last time we entered a Wallaby season confident in our locks? It could be over a decade ago, when Sharpie and Vicks were in their prime. Since then it’s been a merry-go-round of options to partner the evergreen Rob Simmons, with plenty showing flashes of brilliance before departing for one reason or another. We had the summer of Will Skelton, a few months of Rory Arnold, a dalliance with Adam Coleman. Lately it’s been Lukhan Salakaia-Loto, IzackRodda and even more lately Matt Philip. So what’s it to be in 2021?

The answer to that may depend on how happy Dave Rennie is to let Izack Rodda return to the fold. His stint in the gold jersey was a pretty good one and he seems built for test rugby. But the circumstances of his departure still leave a bitter taste in the mouth. Besides him, we’ll see Philip and LSL, but then you have Caderyn Neville and Trevor Hosea waiting in the wings, both of whom have been in great form in SuperAU. And the old stager in Sitaleki Timani, who could wind back the clock to 2014 and play like he did back then – below his weight, to the chagrin of local fans.

I’m rolling with Philip and LSL, but looking to give Trevor Hosea his chance this year. Isaac Rodda can wait his turn.

Rob Valetini may well be my favourite player this year. I love the hair, I love the game, I love the attitude. He defends as if the opposition killed his father, and runs as if they killed his…other father. (OK my metaphor skills aren’t what they were, it’s been years since I’ve written here. They can’t all be gold).

He was good off the bench for the Wallabies in the Tri-Nations, and surely this is the year big Dave Rennie throws him the 6 jersey and tells him to unleash the fury. He’s built for test footy and will add a physicality that we lacked at times in 2020.

We all fell in love with Lachie Swinton for those 20 minutes in Brisbane last year. And he’ll get a turn at some point this year I’m sure. But he’s not polished enough for prime time yet. He hasn’t shown me enough to suggest he’s eliminated the brain snap play from his game. We all love a bruiser, but there’s a way to go about it and Swinton has yet to master that – as evidenced by his yellow card in the opening minutes of the game against the Force last weekend. He’s too big a risk to start in a test match right now. 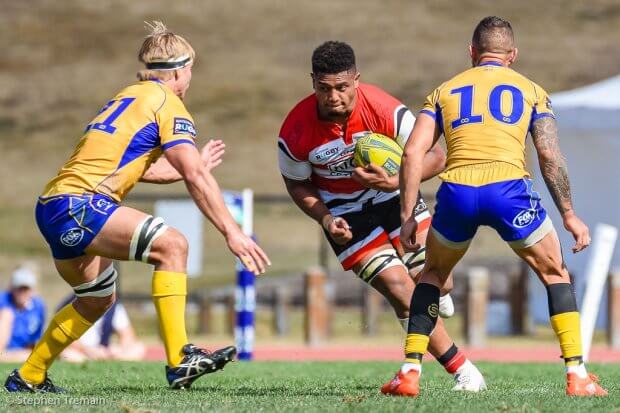 Rob Valetini in the NRC… remember that? Simpler times.

It’s been a tough year as a Tahs fan. Although I’d argue not as tough as the years in the 2000s where we fielded an all-star lineup but couldn’t convert that to wins on the field. This year is what it was always going to be: a slog, with a budget squad battling along as best they could.

I’m not going to re-litigate the decisions that led to this scenario, except to say that Rob Penney was treated poorly and didn’t deserve his fate.

What is clear now is that there are some signs of life in this Waratah team, and it’s been pleasing to see. Their performances for the past three weeks have been meritorious. Getting Jake Gordon back was a huge part of that, and the returns of Will Harris and Izzy Perese have also been important. Their aim now needs to be a victory against a Kiwi side, and I think if their current trajectory continues that is very possible.

And they need one more big signing for 2022 to get the fans to believe there are better days coming. There aren’t many available names floating around, but nab a bloke like Adam Coleman and you have my attention.

The death of tribalism

Look at what I’ve become. I’ve just reread this article and it sickens me. You know what game I said I’m excited for? Reds vs Crusaders. I said Rob Valetini was my favourite player. I’m a Waratahs fan, or at least I thought I was.

Thank God I didn’t talk about the Force. Although I thought about it… until my East Coast Elite instincts kicked in and I rightfully went in another direction.

So go to hell, the lot of you. Except for the Tahs fans, who I welcome to this article with open arms. 2022 will be our year, comrades.

That’s enough I think, for now. Over to you, my beloved peanut gallery. Give me some thoughts and observations, the more half-baked the better.