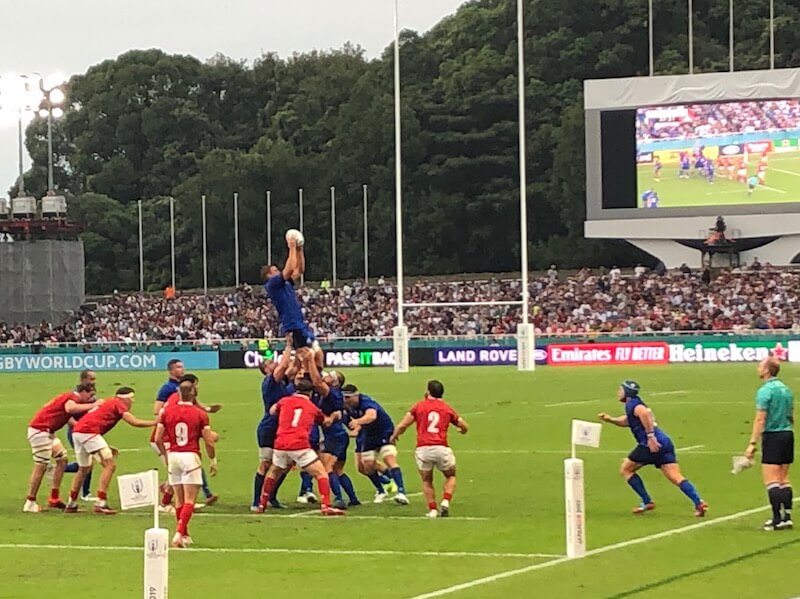 After a disappointing game against Namibia, Conor O’Shea revolutionised his team to face their second must-win game against Canada.

The great Sergio Parisse was one of ten players subbed from the team that played Namibia.  That didn’t slow down the Italians, who found a renewed vigour for the Canadians.

On the pitch, Allan and Braley orchestrated the midfield, Hayward at second receiver combined well with Campagnaro, and Minozzi was again positive at fullback.

But the game was well and truly won by the forwards. Steyn had a solid game at number 8, Budd and Sisi blocked any attempt from the opponents and the front row was again dominating the scrum. But the stand out player was for sure Jake Polledri. The Gloucester forward had a stellar game topped by 106 run meters.

Man of the Match performance for Jake Polledri

Unlike the slow start against Namibia, Italy’s first quarter of the game was a clinical display. Allan opened the scoreboard with a penalty after only 3 minutes, Steyn and Budd crossed for tries that embarrassed the Canucks.

With all the possession for large parts of the first half, crucial errors denied the Canadians deserved tries with ball spilled in front of the chalk.

The second half started with another forward’s try, this time it was inside flanker Negri to put the ball over the line after just 3 minutes of play.

Italy’s attacked relentlessly and were eventually awarded a penalty try, the second in as many games when Heaton prevented a sure try inches from the line.

One man down Canada was equally brave and unlucky in their attempts to score and leaked the first backs try, substitute Bellini the scorer.

Bellini runs away to score.

With 10 minutes to play, Canada finally got their deserved try. Cheered by most of the 20 thousand spectators, Coe crosse the line to touch down in the right corner.

Italy had the last hurrah, well two hurrays to be precise; replacement hooker Zani and fullback Minozzi both score a try to close out the game.

Hakatanamori Stadium is a stone throw from Fukuoka’s international airport and nothing than a bonus-point win would be acceptable for the Azzurri.  Failure to get the BP, and the  team might as well head over to the Airport. The 48-7 final score and the much-improved performance keep the impossible dream alive.

Canada need to go back to the drawing board quickly, their next opponents are the All Blacks, if they’ll play like today it will be a bloodbath for them.