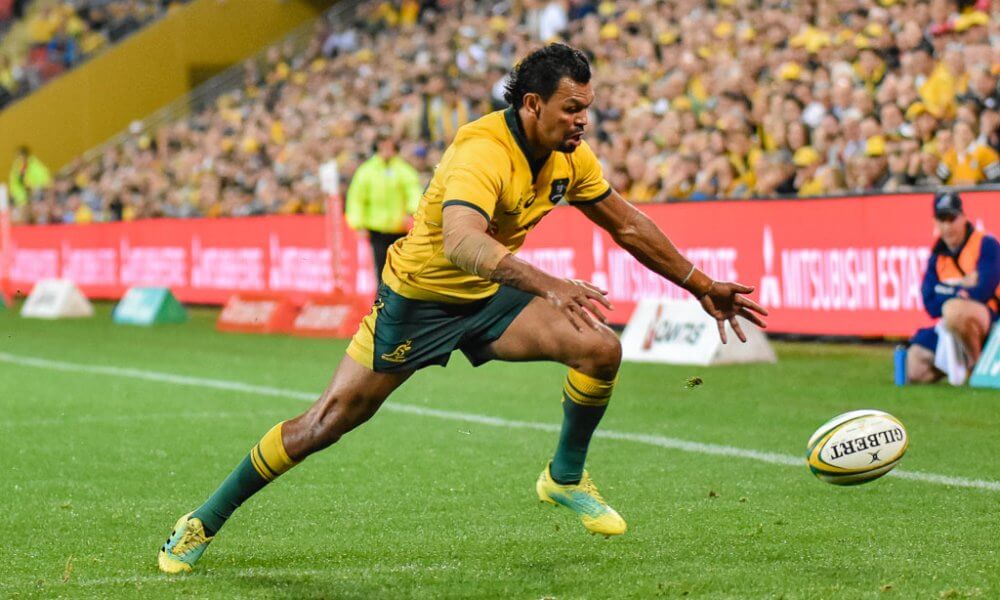 The Wallabies will be looking to bounce back from a demoralising loss to Wales when they take on giant-killers Uruguay on Saturday afternoon. The Aussies would have eyed this clash off as an easy win before the tournament and the extensive changes in the squad seem to indicate that hasn’t changed.

However, Uruguay has been one of the surprise packets of the World Cup, stunning Fiji in their opening game before falling to Georgia. Los Teros and coach Estéban Meneses will be hungry for their second win of the tournament and a potential shot at automatic qualification for the 2023 World Cup if they can nab third.

Unfortunately, this dream turned into a nightmare, with the All Blacks dominating from the opening whistle the following week, shutting out the Wallabies 36-0 in a disappointing performance with the Bledisloe on the line. They would bounce back in their final warmup game, with a second-string side defeating Samoa 34-15.

This continued into their following game, falling to a narrow three-point loss to Wales. The Aussies were unable to overcome a slow start and some questionable refereeing decisions, which all but shattered their dreams of topping the group. 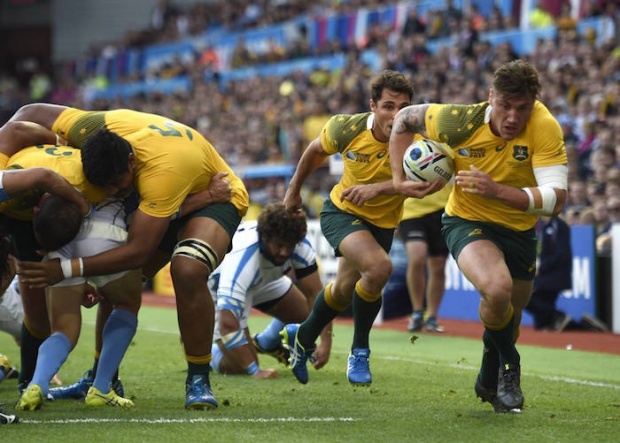 Uruguay qualified by winning the Americas Repechage play-off against Canada 70-60 on aggregate. They got 2019 off to a flying start with a dominant performance in the Americas Rugby Championship with wins against Canada, USA and Brazil. Los Teros then took out the World Nations Cup after defeating Russia and an Argentinan XV. They rounded out their preparations with a 41-21 loss to Spain in Montevideo and a 35-24 loss to an Argentinian XV.

They then stunned the rugby world with a 30-27 win over Fiji, just their third World Cup win. Uruguay would score three tries in the first half to burst to a 24-12 lead before strong defence secured their first win at a World Cup since 1999. They were then brought back down to Earth with a crushing 33-7 loss to Georgia, who controlled the contest from pillar to post.

The Wallabies have switched up the majority of the team, highlighted by the debut of 19-year-old Jordan Petaia, who becomes Australia’s youngest ever Rugby World Cup player. Petaia is one of 12 changes to the starting team this weekend, with Nic White and Christian Lealiifano starting in the halves, with Matt Toomua slotting into inside centre.

Folau Fainga’a, Jack Dempsey, Lealiifano, Petaia and Tevita Kuridrani all come into the starting team after being left out of the squad altogether against Wales while James Slipper, Adam Coleman, Lukhan Salakaia-Loto, White, To’omua and Kurtley Beale have been elevated from the bench last week to start. 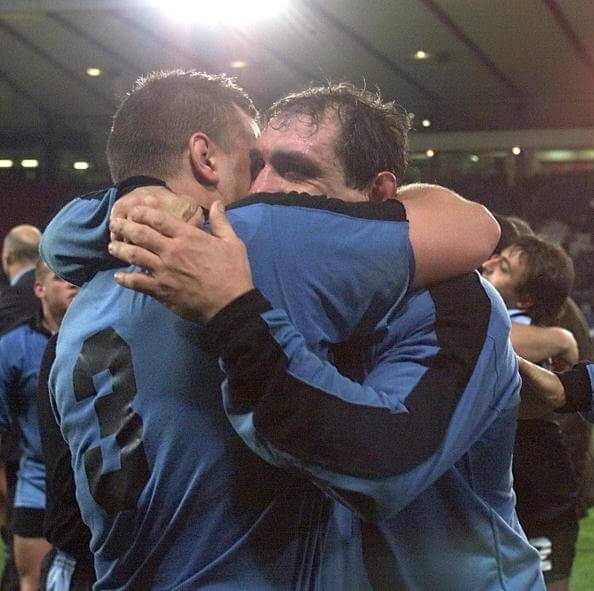 Coach Esteban Meneses has reacted after their pummeling by Georgia, replacing nine starting players including captain Juan Manuel Gaminara. The captaincy is claimed by inside centre Andres Vilaseca, whilst hooker German Kessler, lock Manuel Leindekar, five-eighth Felipe Berchesi and outside backs Rodrigo Silva and Nicolas Freitas all come into the starting squad. Hooker Facundo Gattas may be a late inclusion, after announcing that he would fight a three-match ban for a dangerous tackle against Georgia, which earned the 24-year-old a red card 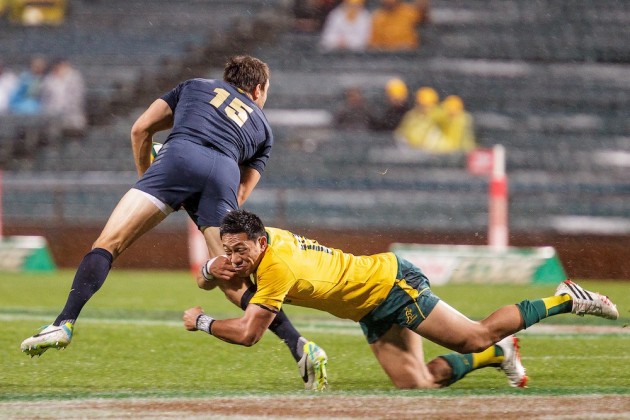 Felipe Berchesi v Christian Lealiifano
The race for the vacant flyhalf position remains a crucial battle both on and off the field for the Wallabies, with Christian Lealiifano reinstated after Bernard Foley’s less than impressive performance against Wales. A strong showing from the Brumbies flyhalf will be crucial to figuring out the final piece of this puzzle (despite it being just Uruguay). To do so, we need to see some of the form that won him the jersey at the start of the international season, along with improved accuracy from the tee if he wants to secure the job heading into the knock-out stages.

Whilst many have already looked past Uruguay, they have shown their class throughout the tournament, with their upset win over Fiji built off the boot of Berchesi, who scored 15 points from 6/7 kicking. For another boilover to happen, he needs to control the attack and look to expose some of the new combinations/players out of their primary position in the Wallabies backline along with being near perfect with the boot. 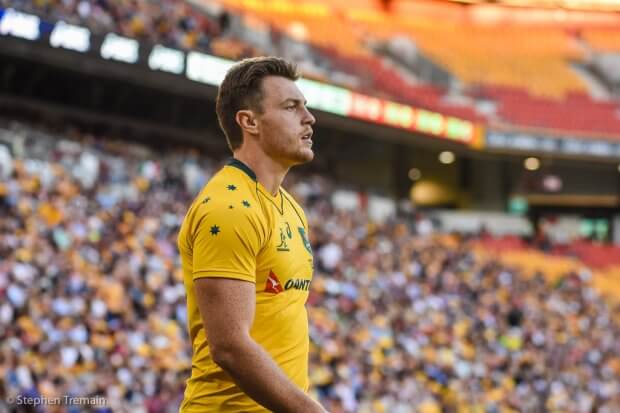 Jack Dempsey v Manuel Diana
The battle of number eights will be a crucial indicator of this contest, along with determining the make-up of the Wallabies pack heading forward. I think the selectors and coach Michael Cheika aren’t yet convinced with the Pooper/Hocock combination, with the selection of both LSL and Dempsey seemingly a shoot-out to remain in contention for that blindside role. Personally, Dempsey appears to be the more promising and intriguing prospect, with the firebrand backrower impressing during their pre-Cup win over Samoa. He needs to show some mungrel and physicality in attack and defence to give the selectors something to think about.

He comes up against another young backrower in Manuel Diana, who really caught my eye during that win over Fiji. Diana bullied the Fijians throughout the match, with the Old Christians product contributing their second try during the famous victory. The 23-year-old has emerged as one of the promising prospects for Uruguay and he will relish playing on a big stage against the Wallabies.

65-3: The score in the only previous meeting between Australia and Uruguay at the 2015 Rugby World Cup
17/17: Australia’s record against tier two nations, conceding eight points or fewer in nine of those matches
1987: The last time that Australia lost back-to-back games at a World Cup
1995: Australia has trailed at halftime in the last two games, which has not happened in back-to-back games in the last six tournaments.
17: Number of tackle busts that Michael Hooper have made in World Cup matches, second-highest for an Australian forward (22 by David Lyons)
48,64: Juan Gaminara has made the most carries (48) and tackles (64) of any player for Uruguay in Rugby World Cup history,

I think the Wallabies should win pretty comfortably against Uruguay, although I’m not expecting anything close to a cricket score. Whilst Los Teros showed some fight and periods of quality play against Fiji, this is a completely different battle and I think the likes of Lealiifano, Dempsey and Petaia will step up and dominate the contest.