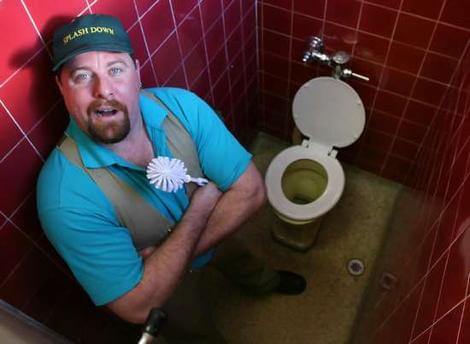 RA has been rocked by a new crisis that threatens to cripple the organisation and derail any plans to get the game back on its feet post the COVID-19 pandemic. It seems the latest problems relate to extensive plumbing issues with RA’s new offices at Moore Park.

Sources close to the crisis have confided in OWC that if left unchecked, the plumbing problems could well be the final straw in RA’s fight for survival.

“It’s not pretty that’s for sure, but to be honest RA’s plumbing has been buggered for years” said a source familiar with the situation who did not want to be named.

“The whole place is leaking like a sieve. I’ve never seen it this bad. Honestly, we all thought St Leonard’s leaked badly but it’s got nothing on the new digs. You can’t go anywhere without another leak springing up.

“Poor Raelene was at her wits end trying to fix it. There’s something lodged deep that just won’t shift. It was first wedged deep during the O’Neill era, and the build up ever since has brought it to cataclysmic levels.”

It appears the leaks seem to emanating from RA’s 4 large drains in Canberra, Melbourne, Sydney and Brisbane. Plumbers had previously assured RA that a drain in Perth was successfully blocked some years ago however it seems that tree roots from a large nearby forest may have compromised the fix adding to the overall problem.

A spokesman for RA confirmed the plumbing issues were a distraction and that the source of the leaks was still under investigation.

“Yes it’s not ideal but every organisation has its fair share of plumbing problems. We had a group of 11 consultants, or was it 10, give us some written advice on how to fix things but in all honestly it was largely unhelpful. It’s what you get from people who think their sewage doesn’t stink.”

“What we can say to the rugby public of Australia is that we are aware of the problems and are looking for an innovative solution. One thing we are investigating is to run one of those drain cameras through the plumbing to see where the leaks might be originating from. To this end we are well advanced with the plan but as yet we haven’t been able find a broadcast partner to undertake the work.”

OWC understands the RA has approached World Rugby (WR) to help with plumbing rectification works but that WR is dealing with its own leak from a drain situated in Argentina and was unwilling to divert resources to help identify the problem.

The plumbing problems could not have come at a worse time for RA as it deals with the COVID-19 fallout. Speaking on the guarantee of anonymity, an RA source said the organisation had formulated a plan to deal with COVID-19 but the plumbing issues were a bigger threat.

“We’re comfortable with the social distancing measures we have in place. The Tahs proved that it can be achieved quite easily even before the pandemic broke.”

Another potential fix is for the drains at RA headquarters to be stuffed with newspapers however it seems to be having little impact.

“We’re using both the SMH and the Australian to try and stop the leaks but it only seems to be making it worse” the source said.

“Fair dinkum, I’m glad the few staff that are left at RA are working from home because if they were in the office the leaks are that bad we’d have to get them all swimming lessons. We don’t know where to turn next, we’ve even asked the AOC for help but the turds are just mounting up faster than before.”

It is understood that RUPA (Rugby Union Plumbers Association) was approached to engineer a solution to the leaks however their quote was unrealistic.