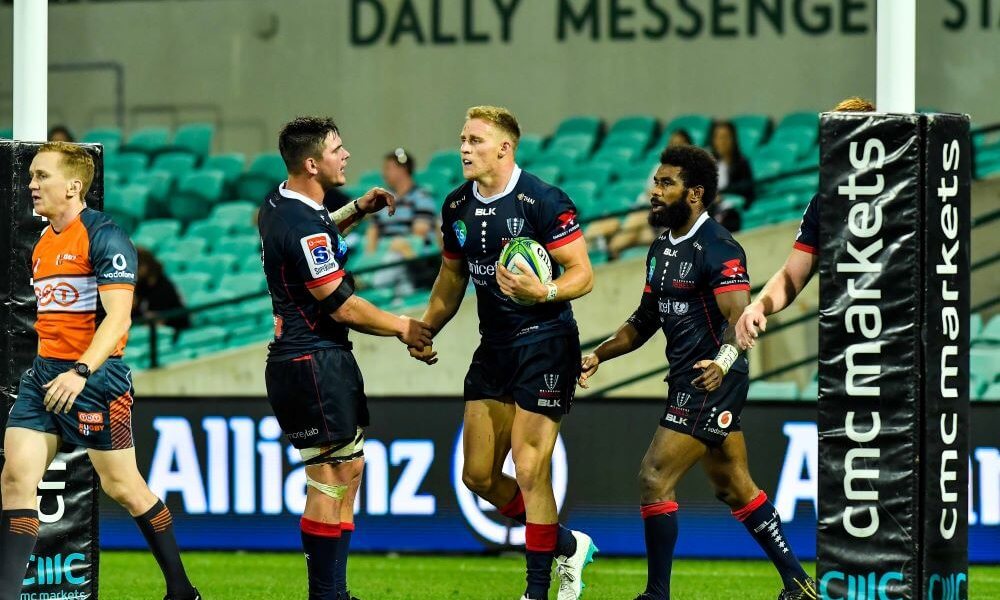 The Melbourne Rebels put on a first-half masterclass to trounce the Brumbies 30-12 in Sydney.

The Rebels handled the treacherous conditions, contrasting strong front-foot ball from the pack, and precision kicking from the back, with sloppy handling and indecision from the Brumbies.

The Rebel’s first half was impressive, putting 27 points on the Brumbies, the highest half time score for the Melbourne outfit away from home. They outplayed the ladder leading Brumbies in almost every aspect, scoring four tries and conceding only one.

The decision to play Deegan flyhalf and To’omua inside centre and leave Meaks on the bench repaid Wessels. The former Australia U20s and Connacht flyhalf adapted to the conditions and showed a fine use of the boot to steer the Rebels to a remarkable victory.

Deegan had a major impact on the game.

The Brumbies have only themselves to blame, as in the last game against the Reds, they showed their limits, having only the drive from touch as a real attacking weapon, they were too predictable.

Their senior players weren’t able to lead the younger ones.  Discipline was poor, and their ball handling was appalling.

It was a nervous start for Deegan, who fumbled his first touch and almost gifted early points to the Brumbies.  thankfully, Frank Lomani was on the scene to clean up.

The former Force flyhalf was quick to redeem himself using at best the 50-22 rule with a perfectly weighted kick which forced Banks to scramble the ball in touch.  On the next phase, Deegan combined finely with Lomani and To’omua to unleash Hodge out wide for the first try of the night.

A lucky break from Koroibete created the chance for the Rebels’ second try. The wallaby winger running and kicking the ball for eighty meters before Wilkin touched down over for the Melbournians.

The Brumbies got one back with their usual drive from touch, this time it was Powell to score after literally stripping the ball out of Fainga’a’s hands.

The Rebels got a third try thanks to Hodge diving on a clever grubber kick from To’omua. The fullback beat Banks over the chalk to touch the ball down for his second try of the night.

After a To’omua penalty, Uelese scored the fourth try for the Rebels two minutes before the half-time siren.

Deegan used his boot again to get the Rebels in attacking position again seconds before the end of the first half. The Rebels lineout worked perfectly to steal the ball and win a penalty inches from the try line. Referee Cooper showed Cusack the yellow card after the fourth team penalty in the red zone committed by the Brumbies.

Despite having one player in the bin, the Brumbies dominated the begin of the second half, they avoided conceding any points to the Rebels and even treated to score, had they not lost the ball forward 8 meters from the try line.

Although it was To’omua to score the first points of the second half with a precise penalty kick from 35 meters out.

In control of the game, the Rebels had most of the possession and territory but they weren’t able to score their fifth try.  The Brumbies had the last word, thanks to replacement backrower Miller.  The converted Try denied the Rebels a crucial bonus point.

The third Rebel’s try was not a knock out punch the Brumbies never recovered from. The Brumbies dropped the shoulder after seeing Hodge over the try line for his second try.

At his only second start in Super Rugby, Andrew Deegan orchestrated the team perfectly, his fine use of the boot and, bar one error in the first minute, his ball control was excellent, given the greasy ball in extremely wet conditions.

Andrew Deegan was instrumental for the win, but local Melbourne talent Trevor Hosea played like a seasoned veteran in a dominant Rebels’ forward pack. With locks becoming an endangered species, he can have a shot at the Green and Gold jersey.