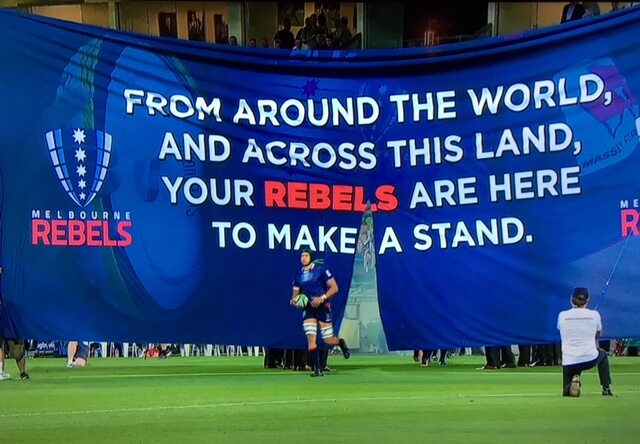 After disappointing losses in the previous round, both the Melbourne Rebels and Sharks were looking to get their Super Rugby campaigns back on track in this round 6 clash at AAMI Park, Melbourne.

The Sharks from Durban, South Africa, came into this match having lost to the Brumbies in Canberra a week ago, while in the same round the Rebels came unstuck to the Waratahs in stifling conditions in Sydney. The Sharks had a 6-day turnaround, one more than the Rebels, who only had 5

From the Sharks’ kick-off the Rebels were in control early with Billy Meakes making the most of his first start for his new side with a nice run into the visitor’s 22. A resulting penalty kick to the home side gave the Rebels first points as well as making Reece Hodge the Rebels’ highest ever point scorer since Jason Woodward. Possession and territory were very much in favour of the Rebels in the opening minutes. A rolling maul off a penalty gave the Rebels their first try of the night and first try for hooker, Anaru Rangi in the 11th minute.

A deliberate knock-down by Sharks’ fullback, Curwin Bosch 18 minutes in, gave the home side a one-man advantage, however they were not able to capitalise with the Rebels not adding to their tally. It would be the Sharks who would score next via a try to winger Lwazi Mvovo. Just prior to half-time, another rolling maul off a penalty gave Amanaki Mafi a try, though it was initially credited to Anaru Rangi.

Both teams headed off to the sheds for oranges with the Rebels leading 15 points to 7. 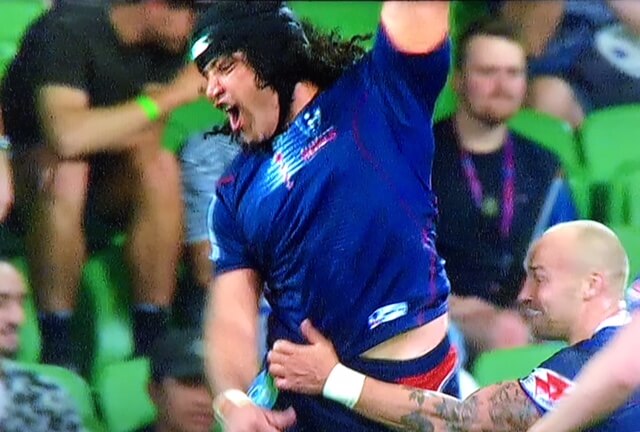 The Rebels would have been disappointed in a way with how the first half went, considering their dominance, which is probably why they came out with all guns a-blazin’. First points went to the Rebels via a penalty kick to Jack Debreczeni. Will Genia got his first try in the five-star, with a nice run off the back of a ruck. Billy Meakes impressed in his first Rebels start and picked up 5 points via a well-worked team try. The other Haylett-Petty (Ross), picked up a try off a nice break by local boy, Fereti Sa’aga, who had only recently come off the bench.

With less than 10 minutes left on the clock, the Sharks managed to camp down in the Rebels’ half and after Jack Maddocks was sent off for a deliberate knock-down the visitors had a one-man advantage, which they benefited from with a try to Marius Louw. Not to be outdone, the Rebels had the final word with a try on fulltime to reserve prop Fereti Sa’aga, with Jack Debreczeni converting to make the final score 46-14 to the Melbourne Rebels, another bonus-point win. This is the Rebels’ highest number of points scored in a match and the highest winning margin. 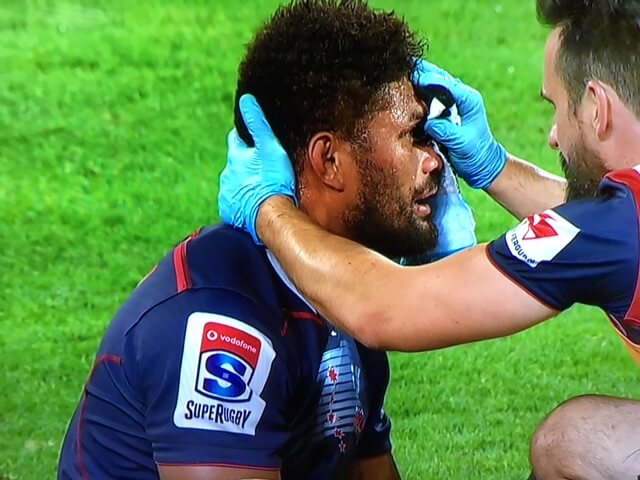 The Rebels will be pleased with the turnaround this week. In their 5 games so far this season the Rebels have scored 28 tries. In their entire season last year they only scored 23, so you get an idea of how far they have come.

The Sharks found themselves at the end of a resurgent Melbourne side, making amends for their loss to the Waratahs in the previous round. It has not been a good start to the Sharks’ Australia / New Zealand tour, having gone down to the Brumbies last week. Their assignment only gets harder.

Meanwhile, the Rebels have a week until they face their hardest test to date when they take on the Hurricanes from Wellington at home at AAMI Park. On Good Friday (let’s hope it is) – the first Aussie team to take on a Kiwi team this season. Have we really improved? We shall see. 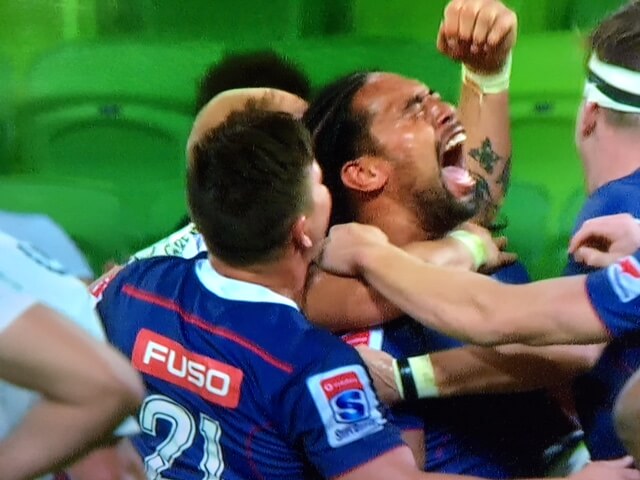 Really, when you think about it, the Rebels were always in control, save for some flat patches in the first half and they probably left several points out there in the first 40. However, it was in the second half where the men from Melbourne put their collective feet on the gas. The Sharks were just never really in it.

A lot of players stood up tonight including Colby Fainga’a, Jack Debreczeni and Billy Meakes (in his first start for the Rebels) all having solid games, but for his strong work all over the park, including his first Rebels five-pointer, the award goes to Anaru Rangi.

The usual Wallabies squad players availed themselves well, with fringe training squad member, Jack Maddocks showing his versatility in dropping back to fullback, replacing Dane Haylett-Petty, who is out with a head-knock. Maddocks continues to shine and it may not be long until we see him in the green and gold.

Preview: Round 6 – Reds vs Stormers
Stormers v Reds, A Plane Ride Too Far