Preview: Round 6 – Reds vs Stormers 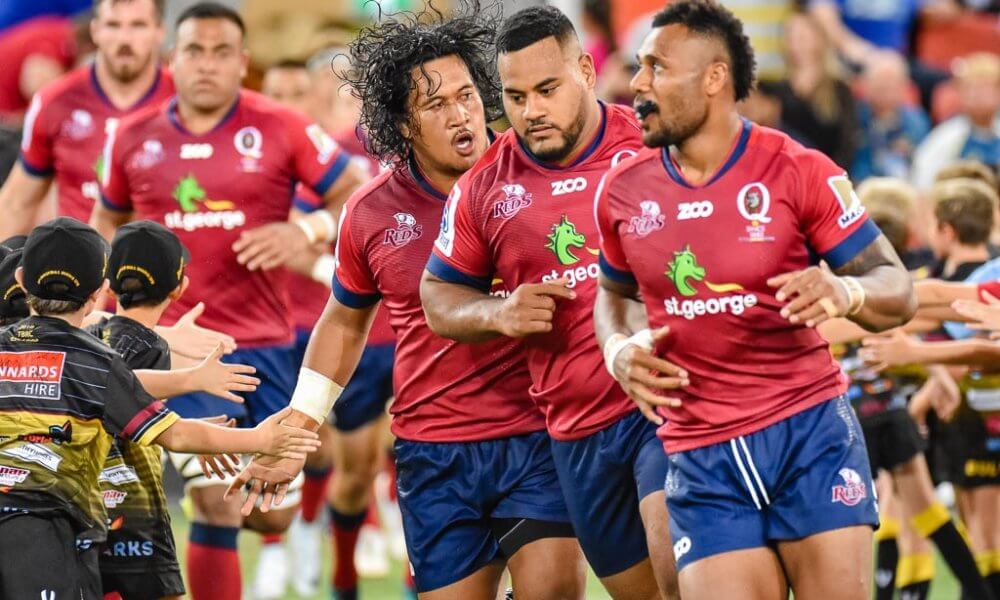 Preview: Round 6 – Reds vs Stormers

The Reds may be just ahead of them on the overall ladder but having completed their Australasian Tour and playing 3 of the 5 New Zealand teams already, the Stormers won’t be too concerned with their position on the log.  Make no mistake, this trip to Cape Town will be the Reds toughest test yet.  Who will come out on top?

The Queenslanders travelled to Sao Paulo, no wait, London…. erm,…. Johannesburg?  No?  Cape Town!  Actually all of the above.  In a diabolical week of travel the Reds finally landed in Cape Town on Tuesday, a day later than planned to begin preparations for this weekend’s match against the Stormers. 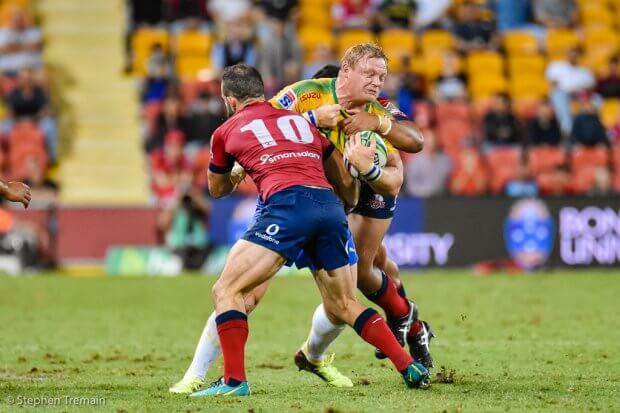 After a round 2 thumping at the hands of the Rebels, the Queensland Reds have improved each week, winning the next 3 matches on the trot, the most recent being a very impressive win over the Jaguares in Buenos Aires.  Their set piece is proving to be a weapon and the backs are starting to do more with the clean front foot ball they are getting.

The Stormers have notched up 2 wins from 5 matches.  A first up win at home against the Jaguares, then three losses in a row on their Australasian tour against the Waratahs, Crusaders and Hurricanes before jetting home and scoring a win against the Blues.  The win/loss ratio can be ignored to a degree this week, the Stormers will be confident and looking to register another win at their home ground fortress.

What The Coaches Said

Brad Thorn (Reds Head Coach):  He hasn’t said a whole heap but on the win in Argentina, Thorn said, ““I think the pack was brilliant,” Thorn said. “To come here to ­Argentina, where they love their scrums, love their red meat, to come here and do the business against them was special.”  “One of the things they have turned around [since last year] were our ­defensive lineouts.”  As usual  though with Brad Thorn, actions speak louder than words.  He’s maintained his position that each start is 100% earned by making his captain, in Scott Higginbotham, fight for his starting spot back from the bench.

Paul Treu (Stormers Assistant Coach): “They’re coming off a couple of wins, they’ve been winning overseas on tour as well. We always say our focus is on ourselves, but they’re a well-coached team, they’re structured in what they do.  I think what’s important for us is that we get the basics right and that we keep building on what we’ve started to build on. Hopefully there’s a repeat of what we did against the Blues. We will have to be at our best to make sure we win another home game this weekend.”

EDIT:  Neither team had been announced at the time I was writing this so I had to speculate as to who might be playing where.  When Chris Sautia was moved to the wing, it was a happy bonus that JJ Engelbrecht followed him.  Unfortunately for me though Kitshoff has been relegated to the bench so his match up with Tupou may not happen. 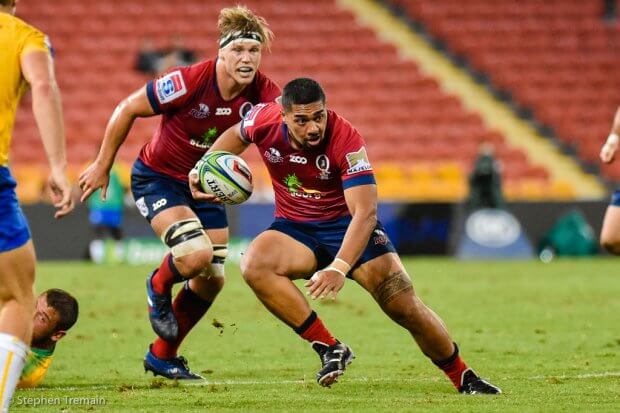 Chris Feauai-Sautia in his 50th game

Chris Feauai-Sautia v JJ Engelbrecht: One of the many Reds that have found themselves in a rich vein of form this season, Chris Feauai-Sautia is returning to his damaging best.  After starting the season on the wing, he has moved in one position and is relishing getting more touches at outside centre.  His likely opposite number has been immense for the Stormers.  Last week against the Blues, JJ racked up 2 clean breaks, 4 defenders beaten and 9 runs for 126m.  On D though, against the Jaguares, Feauai-Sautia made 10 tackles missing none and winning 2 turnovers.  Engelbrecht made 5 tackles and missed 2. 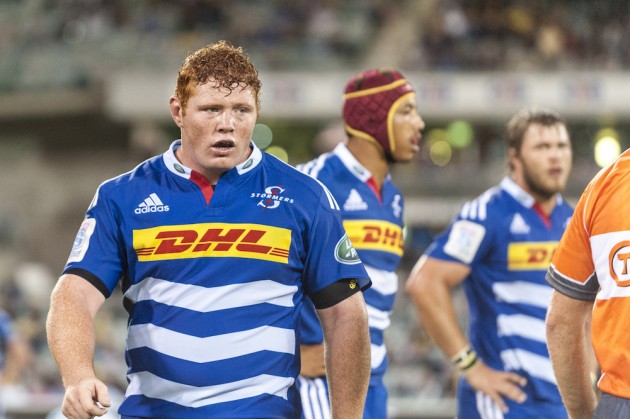 Taniela Tupou v Steven Kitshoff:  While the Reds scrum (86%) has been having praise heaped on it from all corners, the Stormer’s scrum (94%) has been quietly getting on with the job. The battle between these two young props this weekend is going to be epic.  Tupou is only 21 but has come on in leaps and bounds this season.  His scrummaging has been almost as impressive as his running game which is saying something.  Kitshoff is only 26 but has seemingly been around forever.  He will give Tupou one of his sternest tests to date this season.  I can’t wait to see who comes out on top!

How will it play out?

The Reds have been building their game this season on gritty defence, field position and straight out effort.  They will be travel weary from a huge 2 weeks on the road and for this reason, this week won’t be any different.  The Reds (92.3%) boast one of the best lineouts in the comp and will look to use it to exploit the Stormers lineout (76.2%) with some deft kicking.  They will back their defence and try and play as much of the match in the Stormers half as possible.  The Stormers on the other hand top the competition for clean breaks and carries and are second for run metres so the Reds won’t want to give them any ball in space.  They can’t rely on making nearly 150 tackles without missing any two weeks in a row.

Looking at the for and against for both teams, the Stormers have been scoring plenty of points (avg 27/game) but have been conceding even more (30/game).  The Reds focus at this stage clearly isn’t on attack but they’ve still been good enough to consistently score around 19 points per match.  If you take out the first up loss to the Rebels, they are only conceding about 10 points per match since.  If they can restrict the Stormers scoring and take their chances when they come they will be a big chance.

It’s setting up for an intriguing battle, so set your alarm and strap yourself in for a big one!

Head or the heart?  Head or the heart? …..  I’m really looking forward to this match.  As a Reds fan it’s huge.  We’ve won one game on tour so losing this one, whilst disappointing, wouldn’t be the end of the world.  Scraping out a win though, would be massive.  The only other time we’ve won 2 from 2 on our South African tour in Super Rugby was in 2011.  We definitely have a chance here, the Stormers will be on high alert.

On the other hand,  the Stormers are at home, they have an extremely effective attack and will be looking to play plenty of Rugby against us.  The Reds will be feeling the effects of their big defensive effort against the Jaguares and also the travel of the last two weeks.  A sensible and astute tipper would tip the Stormers to get home reasonably comfortably.

I’m not either of those things: Reds by 5.