Queensland Reds wind back the clock in Kings win 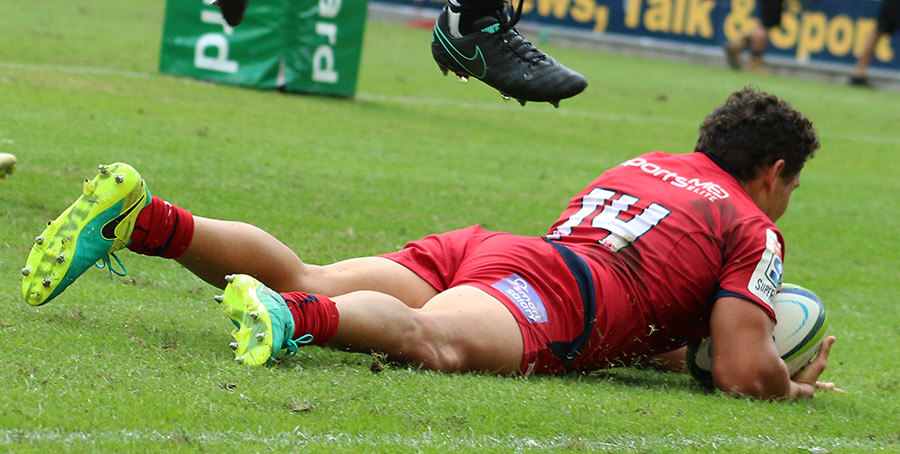 Queensland Reds wind back the clock in Kings win

The Queensland Reds have defeated the visiting Southern Kings for the first and final time in Super Rugby, 47-34, in front of 11,336 fans on Easter Saturday.

Queensland fans wept tears of joy as the team flashed back to their 2011 heyday in the second half by slamming home four top-drawer tries within 21-minutes to lock up a sorely-needed victory.

Ahead 47-17 in the 61st minute, Queensland took their foot off the pedal and could only watch on in horror as the Kings’ back-three stole away their winning bonus-point like a thief in the night. 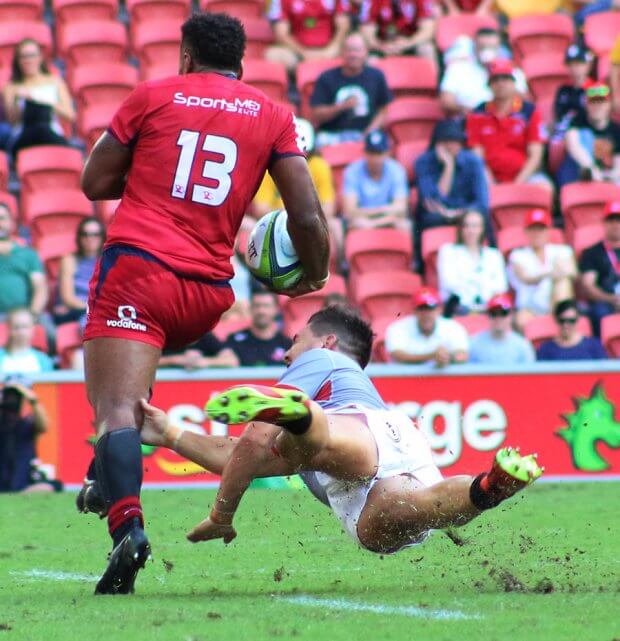 The match seemed doomed from the beginning as a combined 27 turnovers in the first half derailed what was predicted to be a high-scoring thriller.

The Reds bossed the set piece but continually bungled try-scoring opportunities as play approached the wings.

An early flirt with the touchline denied Eto Nabuli Queensland’s first points in the opening minutes, but a tighthead scrum-win deep inside the enemy half earned the winger his chance to try again in the 6th.

The Kings declared they would not roll over by embarking on a 15-minute-blitz of possession and territory to score in the 23rd minute.

Momentum started to swing the home side’s way as the commanding kicking of Cooper and Duncan Paia’aua erased the territory deficit.

Fullback Karmichael Hunt announced his return from injury by channelling the very best of captain Samu Kerevi on a powerful charge to score in the 28th minute. 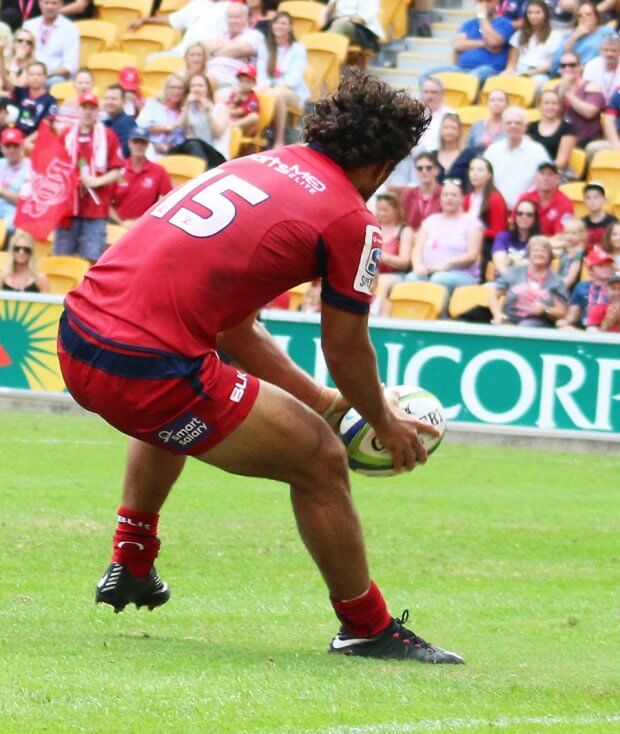 Karmichael Hunt scores his second try of the match

A shoulder charge from Paia’aua upon an unsuspecting Kingsman earned the Reds’ centre 10-minutes in the sin-bin in the 37th.

Kings flyhalf Lionel Cronje kicked a penalty goal from the spot to enter the break behind just 14-10.

Queensland emerged from the bowels of Suncorp Stadium like men possessed in the second half, running home two further tries to George Smith and Eto Nabuli before Paia’aua returned to the field.

The best was still to come from the Reds, producing three 2011-era stunners to pull ahead 47-17 at the 60 minute mark.

The first, in the 53rd, came about from a rare Rob Simmons line break to set the Kings onto the back foot.

Cooper grubbered ahead for Izaia Perese, who bobbled the ball directly into the path of a streaking Karmichael Hunt for that man’s second.

Cooper took the backseat in playmaking duties for the Reds’ fourth try of the second half, linking with a looping Bobby Tuttle to put away Perese for his first Super Rugby try.

Perese would not wait long for his second as Cooper wound back the clock with an inside-the-22 crossfield kick to put away Karmichael Hunt.

A simple support line carried Perese the rest of the distance for his second Super Rugby try just three minutes after the first.

A hot-stepping finish from Kings winger Makazole Mapimpi in the 66th minute inched his side closer, while fullback Masixole Banda added his side’s fourth try in the 74th. 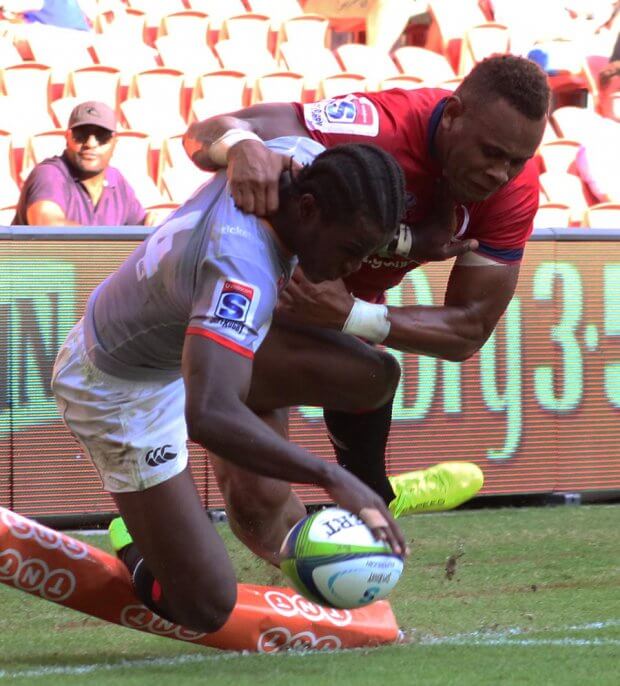 The Kings denied their hosts a near-certain bonus-point in the 75th minute by returning a kick-off all the way home for Mapimpi’s second.

George Smith’s try through the heart of the Kings defence from the get go in the second half, inspiring the greatest period of running rugby Suncorp Stadium has witnessed since the good old days.

George Smith, playing his 150th Super Rugby game and what he believes to be his 450th professional match in total, simply shone for the Reds.

No more could be asked of the 36-year-old, who played out every single minute of the high-tempo match.

Karmichael Hunt did his Wallabies chances no harm, running home two tries and providing the final pass on two more. Hunt has established himself as the team’s secondary playmaker behind Wallabies ace Quade Cooper while still providing the physicality and communication so treasured in a fullback.

Game Watchability: 7/10 – a dour first half quickly made way for an electric second. Fast forward to 40 minutes, sit back and enjoy.