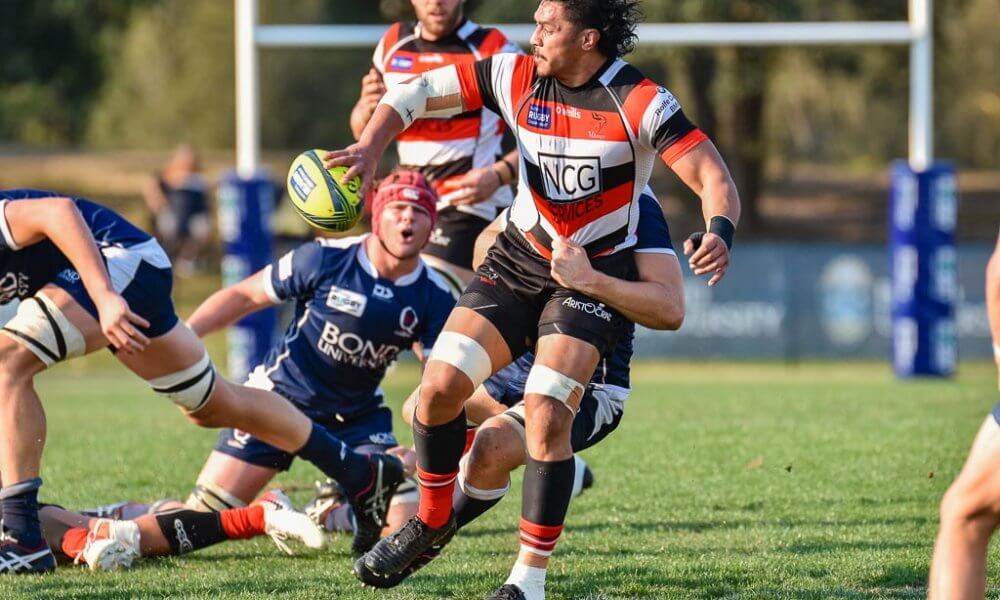 On the back of Western Force’s statement yesterday in defeating the Fiji Drua in Suva, this match would become a crucial statement maker for both teams.  Forming a interesting little rivalry, at least since the recent resurgence of the Queensland Country side, these match ups are invariably close but never boring.

Queensland Country made all the play early and it was basically all forward play.  On the back of repeated dominant scrums, Queensland were able to make all the territory. Once close enough, the pack picked and drove until Harry Hoopert was the one to get the pill over the try line. The conversion by teenage debutant, and flyhalf, Carter Gordon gave the home team a big boost early. QLD Country 7-0.

The Vikings were able to close the gap by three after Harry Wilson was penalised at a ruck and Ryan Lonergan kicked a simple goal. QLD Country 7-3.

The Vikings were prepared to use their backs to attack and made easy ground out wide with some basic hands through centres Irae Simone and Tom Wright.  They looked dangerous and set to score until Country skipper, Angus Scott-Young, was able to snaffle a penalty at the breakdown.

In contrast to the earlier match of the double header, tries were hard to come by.  It wasn’t until the 24th minute that QLD Country would score the next try of the match when Tate McDermott jinked his way through the Vikings defence to score a try.  The try came when the Vikings were reduced to 14 men with Tom Wright having been yellow carded for a deliberate knock down as the Queenslanders attacked out wide. QLD Country 14-3.

The Vikings didn’t need extra numbers to score though and managed to get the next try, while a man down, through winger Mack Hansen.  There were some lovely hands in the lead up, particularly amongst the fullbacks with Darcy Swain and Jake Simeon showing deftness belying their respective sizes.  Hansen himself had to pick up a wide pass off his bootlaces and retain his feet to dive over for an excellent try.  QLD Country 14-8.

Hansen was in again for the Harlem Globetrotters, sorry Vikings, again on the back of some freakish footy and wonderful support play.  It began with a clearing kick from the Vikings collecting Filipo Daugunu in the face and putting all the chasers on side. Pete Samu raced away before a series of passes would eventually find the ball in Hansen’s hands to again dive for the corner to score. QLD Country 14-13

With Canberra back to 15 men and the half time siren imminent, QLD Country were able to get over to extent their lead.  This time it was winger Joey Fittock who dived over for a try way out after some sustained forward work.  QLD Country 19-13.

But if that try was in the shadows of the break, then the Andy Muirhead that would come soon after was pitch black. Running onto a lose Pete Samu off-load Muirhead danced his way through the QLD Country team, with many seemingly already in the changerooms. The kick from Lonergan meant that the visitors would go to oranges with a  slim lead. 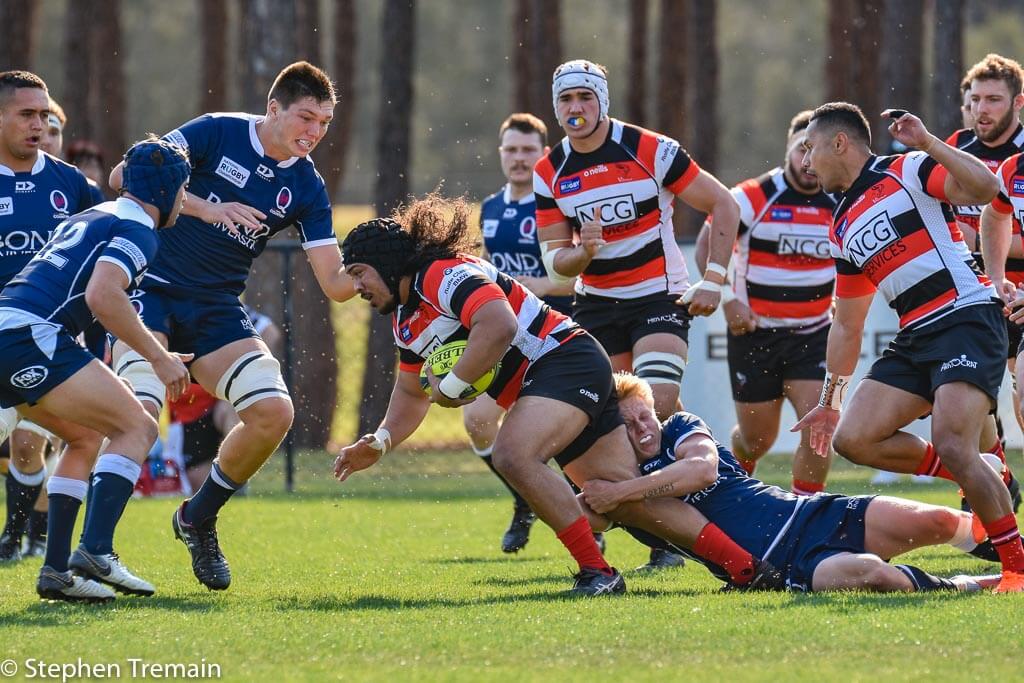 The intensity of the game continued in the 2nd half with neither team making it easy for their opponents.  Daugunu made a typical brilliant Daugunu run where he confused about 20 opposition players and a handful of his own team mates.  The Vikings held him out though and ground their way back up the field.  The pressure on  the QLD team told and Hamish Stewart and Lonergan took advantage with a penalty goal. Vikings 23-19.

As the match entered the final 20 minutes the effort was far from  failing. In fact if anything, the hits were getting bigger as both teams clamoured for the upper hand.

One of the names rarely called this game would soon score a key try. Hamish Stewart had been very good, playing at 12 for QLD Country, and getting through a pile of work. He ran some strong lines to keep his backline moving forward.  One such strong run saw him break a few tackles and crash over outside for a critical score. QLD Country 31-23

It looked for all money that Country had scored again when Harry Wilson threw a ridiculous behind the back off-load to Stewart, again running a great line.  He drew the last line and threw a wide pass to Daugunu in space who was in for all money, over to drop the ball over the line. It all deserved more but only succeeded in given the Vikings important possession.

The points would come for the home-side soon however.  On the back of a penalty against Toni Pulu for a high tackle, Harry Hockings grabbed an incredible lineout take after which the Country pack was able to steamroll the Viking pack for a Harry Wilson try.  QLD Country 36-23.

When young Carter Gordon was yellow carded for a tip tackle in the last moments of the game, the Vikings had their final shot at a losing bonus point. The option to take the scrum was proven a poor one when QLD Country annihilated the Canberra scrum and score the penalty to end the game.

The double head teams swicheroo for next week now with Queensland Country travelling to Sydney to take on Sydney while the Vikings will host Brisbane. 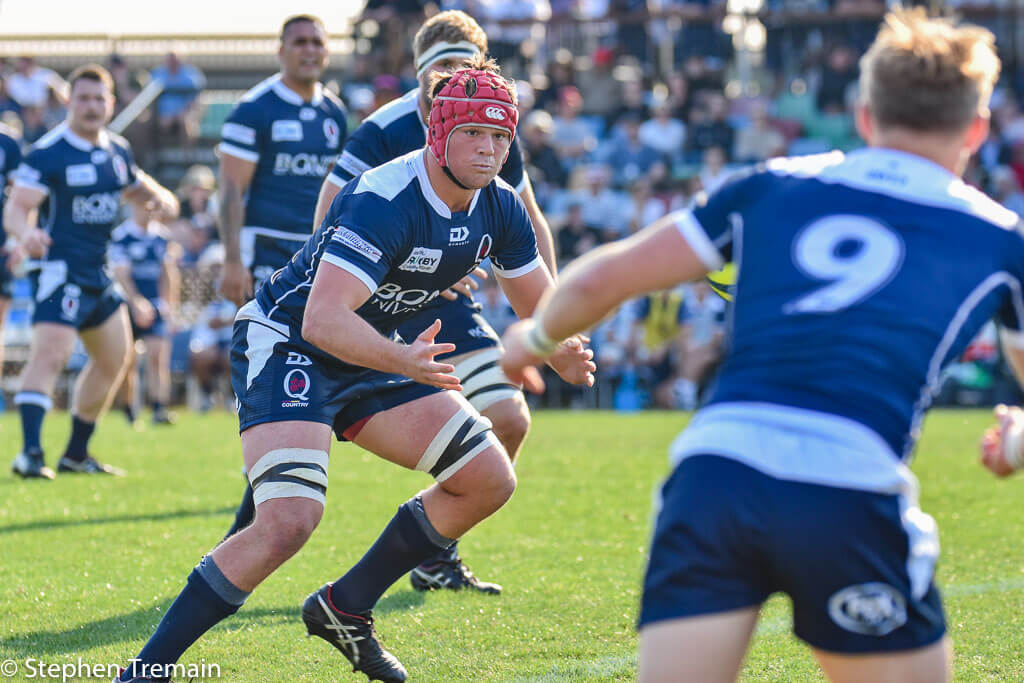 Harry Wilson – massive across the park

This game was bloody close throughout so it was only really the back to back scores by Country, specifically the Hamish Stewart try, that really sealed the deal for the home team.

Darcy Swain was fantastic for the Vikings with Pete Samu and Irae Simone also strong Stewart and McDermott were always dangerous but Harry Wilson was monstrous all day and gets the gong.

Fred Kaihea for the Vikings had a very good first half and does more than a prop should. Mack Hansen did some great stuff out wide. But as above, Harry Wilson is the stand out here.