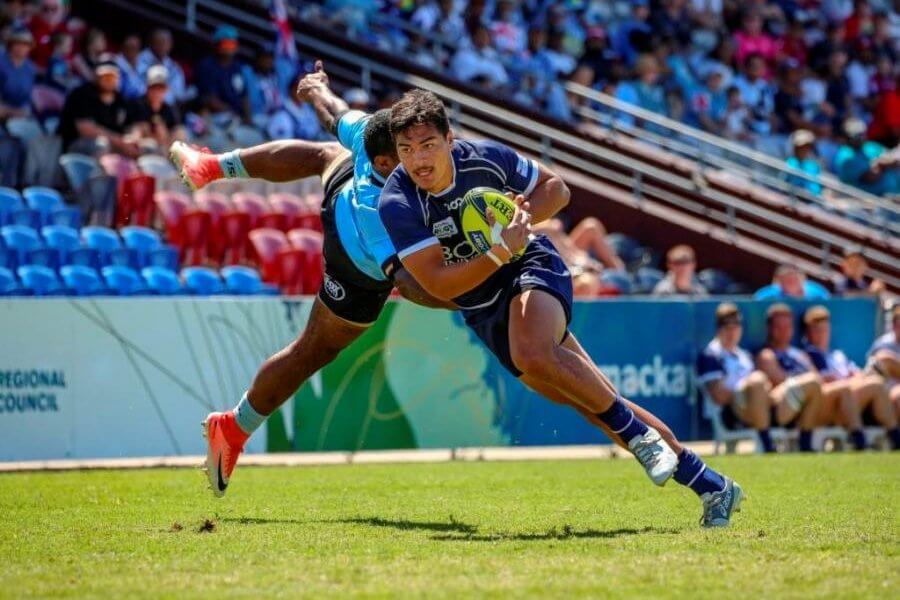 Fiji Drua have won both of their games this season by a collective total of 84 points! Quite rightly they sit atop the table. Having trampled all over the hopes and dreams of Melbourne rising and Brisbane City at home, they make their first excursion to the mainland to take on the reining champs. I don’t think that anyone can argue that they do not come into the game as favourites.

Although QLD Country are also undefeated, they sit two points behind the Drua with a for and against of a measly 11 points. Last week’s struggle to put away the Rising might just stand them in good stead with acclimatisation to the heat and learning to grind out a close game. With Drua’s poor record in away games last season, and this being their first away game for 2018, QLD Country may just be in with a chance.

I don’t know about you, but I fully expected this game to be a high scoring affair and that was confirmed with the Drua crossing the line within three minutes. Apete Daveta did his best Elastoman impression and planted the ball down in the corner despite some vigorous attention by the Country defence. The conversion was missed but the Drua still had the first points on the board.

Discipline from both sides made the next little while a bit stop and start, but Country seemed to be the ones to get their act together first and the points flowed. Jordan Petaia went over for the first of his first half hat trick of tries by putting in a step that would have made a ballet dancer proud and certainly confused a lot of the Fijian defence. The try was capably converted by Hamish Stewart who had a good day with the boot, despite missing a couple of conversions. His from hand kicking was mostly a sight to behold.

The next 14 minutes saw QLD take the game by the scruff of the neck. Tries to Duncan Paia’aua and Jock Campbell, converted by Stewart, took Country to a 21 – 5 lead. The support play and crisp passing by the QLD boys had them sitting in the box seat.

On the other hand, Drua’s discipline and handling were letting them down. In the 23rd minute Frank Lomani was sent to the bin for 10 minutes for a professional foul and this provided Country with many more opportunities. While the Drua were a man short, Petaia crossed the line twice more and Campbell scored his second for the afternoon and fifth for the season.

The Drua had the last say for the half though when, following a number of penalties at the wrong end of the field for Country, pressure at a scrum resulted in Referee Maxwell awarding them a penalty try. 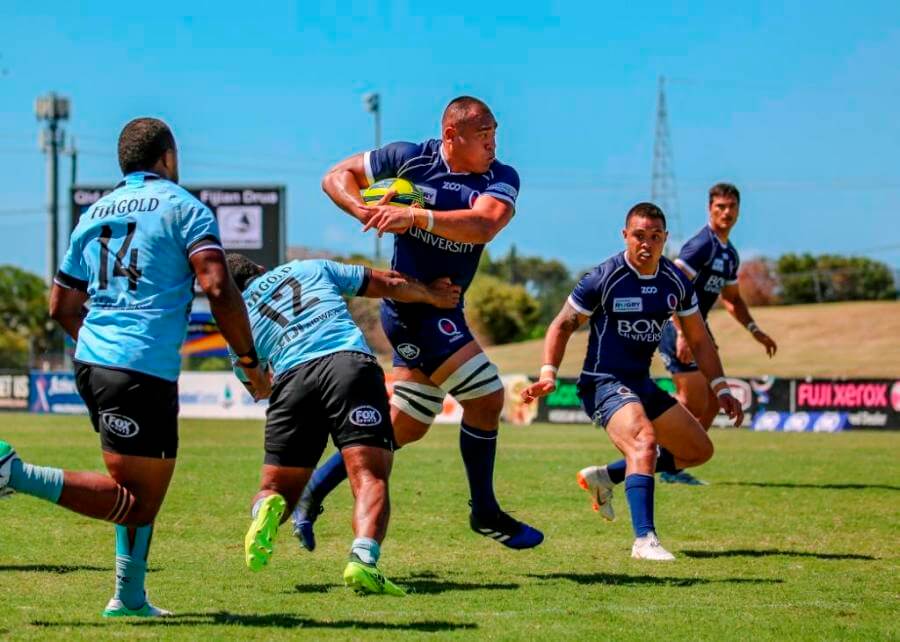 The second half started pretty much as the first finished. Breaks by the Drua were ending in handling errors and mistakes. Fatigue started to become evident and early changes on both sides were implemented, probably in an effort to get the game flowing again.

Fiji benefited from the fresh legs and a short arm call from a scrum. Lomani was making up for his earlier indiscretion by making a break through the Country defence and then putting his fullback Apisalome Waqatabu over the line. Converting tries was a problem for the Drua this afternoon with only the Penalty Try being written up for the full seven points.

Country struck back when the ball was taken from the back of a scrum and put through the hands to Filipo Daugunu. Daugunu was not going to be shown up by Petaia’s fancy footwork, so he zigged, and he zagged, and he zigged again to beat five defenders and score. (I am going to call Filipo Scarlet from now on. They seek him here. They seek him there….)

The game then settled into long periods of each team having possession only to lose the ball though handling errors. The Drua eventually worked out that they needed to hang onto the ball and leave the fancy stuff for another time. After a long period of pick and drive play, Ailvereti Veitokani took control and set-up his replacement hooker Ratunaisa Navuma to dive over for their third try in the 72nd minute.

This was where the good news for the Drua ended. A few minutes later Seru Vularika forgot that arms are required in a tackle and applied his shoulder to Stewart. Vularika knew exactly what he had done and was sitting on the chair by the time the ref found his card in his sock.

It was always going to be hard to hold out the opposition with the level of fatigue that was showing, let alone doing it with 14 men. Right on full time, Stewart off loaded in a tackle to Petaia who made another sything break down field. James Tuttle recycled the ball quickly and flicked it on to Harry Wilson who drove over the line to have the last say in the game. 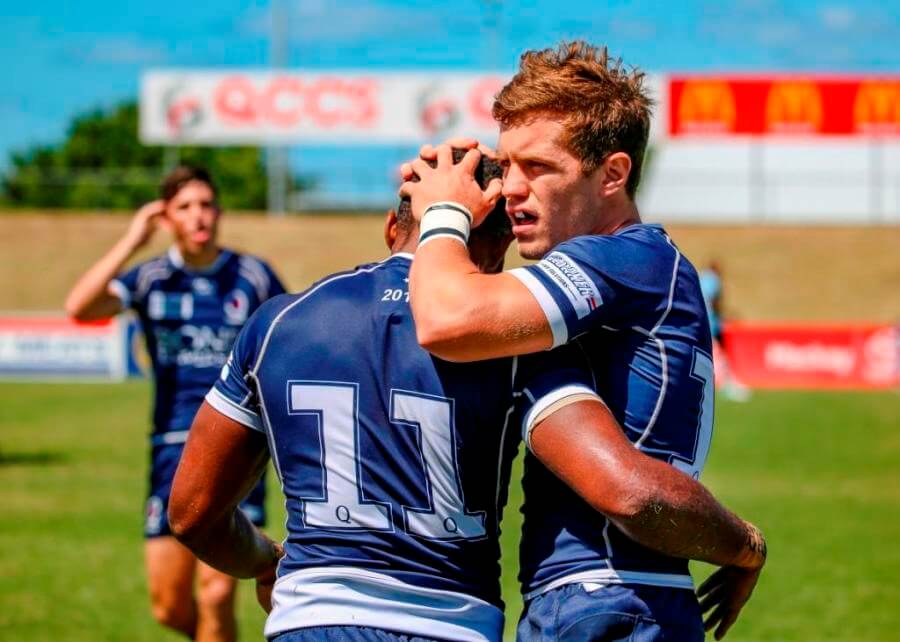 The twenty-five minutes in the middle of the first half when Country scored their 38 points gave them the strangle hold on the game. Fiji’s discipline was also an issue. They are not going to win to many games with only 14 men on the field a lot of the time.

Hamish Stewart. That is all. He showed his skill and calmness in directing the QLD Country around the park and had a good day with the boot despite a couple of wobbles. Honourable mention to Ailvereti Veitokani for the Drua.

Jock Campbell will definitely one to keep an eye on. Not only did he score two tries he made some nice breaks and showed just how much speed he has when chasing down a kick in the second half.