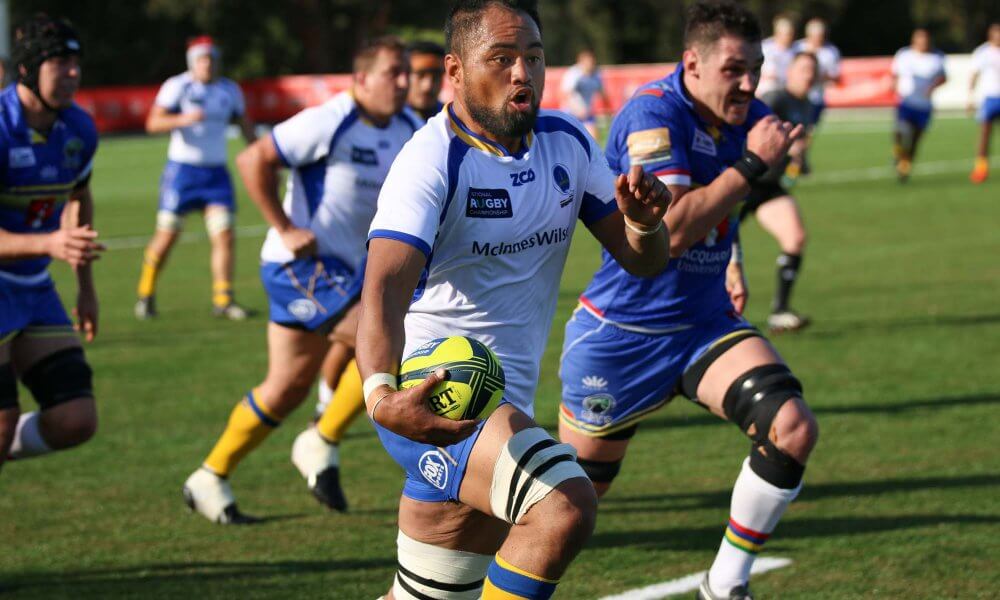 Brisbane City has recorded their first win, outclassing Sydney Rays 61-40 on a hot and windy day at Woollahra Oval. Doubles for Lachlan Maranta, Sam Wallis and Matt Gordon secured the result for the team from Brisbane, who dominated the clash off the back of a strong showing from their forwards and slick backline moves. Their star-studded lineup was too much for a valiant Sydney Rays side, who showed their class and fight with a spirited second-half effort, despite losing captain Damien Fitzpatrick and number eight Patrick Sio to injury in the first half.

Brisbane City got off to a lightning start, with Broncos and NRL convert Lachlan Maranta crossing over for the first try after 8 minutes after a strong run and offload from Tautalatasi Tasi put him through the hole. Quade Cooper converted the try to send Brisbane City up 7-0.

Brisbane City continued to dominate the initial stages of the match, with star flyhalf Quade Cooper breaking the line and scoring to extend their lead out to 14-0 after 16 minutes.

The Rays fought back immediately after the kickoff, with Shambeckler Vui picking the ball up from the side of the ruck and ran 30m to score a try that all front rowers would be proud of. James Kane added the extras from just left of the upright to bring the Rays back into the clash at 14-7.

Brisbane responded with some razzle dazzle football, with Maranta crossing for his second try of the match after another strong run and offload from Tasi, with Cooper continuing his perfect form with the boot to push City out to 21-7.

They continued to control the match, capitalising on a mistake from the Rays from the kickoff to drive into prime field position. They would be rewarded with a penalty try after Vui was deemed to be boring in at the scrum, and was subsequently yellow carded for his actions.

Despite being a man down, the Rays would answer back with captain Damien Fitzpatrick notching the Rays second try through a clever blindside move from James Kane that put the hooker into space.

However, the floodgates would open for Brisbane as the first half came to an end, with fullback Karmichael Hunt opening up the Rays defence, earning the side a 5m scrum in which Sam Wallis would cross over to push the result out to 35-12.

Brisbane City would then make it two tries in three minutes, running the length of the field from the kick off after Tasi continued his strong game by bursting the line from a lovely ball from Hunt, sending Matt Gordon over at the end of the half to make it 42-10. 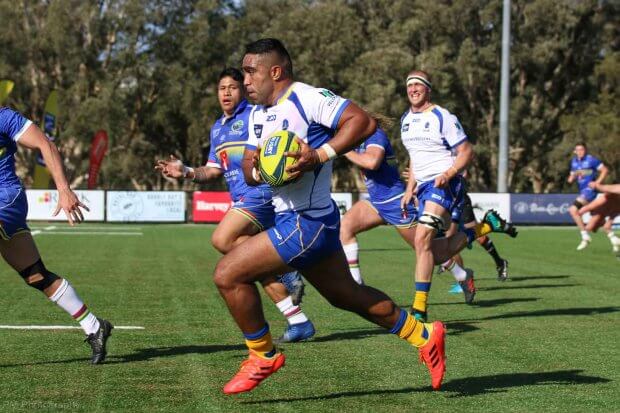 Brisbane continued off from their dominance of the first half, with Wallis bagging his second try of the match after Fraser McReight, who was impressive off the bench, broke the Rays defence to extend their advantage out to 49-12.

Flanker Jack Hayson noted that coach Chris Whittaker lit a rocket up the sides backside and it was evident after this try, with replacement Lock Nick Palmer bursting through City’s defence down the blindside, with James Kane converting from the sideline to bring the score back to 49-19.

The match would then break down after this try, with both sides conceding penalties for foul play and coughing up the ball in prime position. The repeated infringements would see Quade Cooper sent to the sin bin after breaking up the Rays attack after a strong run from Rory O’Connor.

The game would open up as both sides began to throw the ball around with Frasier McReight crossing for a well-deserved try at the 65th minute to push the score out to 54-19.

The Rays would respond with a try of their own with Mitch Short taking advantage of an excellent show and go from Harry Burey which opened up the Brisbane defence, with Kane converting to make it 54-26.

Both teams would then score consolation tries in the final minutes of the game, with the Rays crossing twice in the last two minutes to make the final score 61-40 in a highly entertaining contest.

The strong scrummaging effort from the City forwards to earn a penalty try and the subsequent yellow card to Vui opened the match up at the end of the first half, with Brisbane City scoring twice to quell any hopes of a Rays comeback.

This could have gone to any one of the City backs but Tautalatasi Tasi earned the honour with the former league convert impressing in his NRC debut with 3 try assists, 2 line breaks and 7 runs for 83m.

With this being Tasi’s first game for Brisbane, he should earn the honour after a dominant performance. Special mentions to James Kane who was a stand out for the Rays, amassing 109m from 7 runs to go with a try assist and a line break.

Brisbane City flyhalf Quade Cooper: “Our backs were flying today but it was all down to the forwards up front, setting a good platform to go forward, our scrum was very solid and it was great to play with a forward pack going forward”

Sydney Rays flanker Jack Hayson: “I think we didn’t hold the ball for long enough and when we did have the ball we didn’t execute and we dropped the ball in crucial areas”