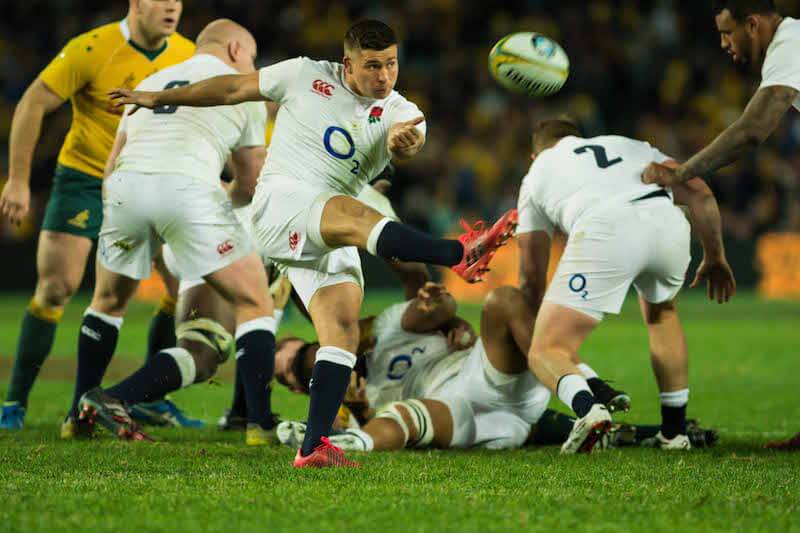 LONDON – The Wallabies have flopped to their second-largest defeat to England of all time in a  second half capitulation at Twickenham, 37-21

Ahead 10-13 at the halftime break, second half tries to Man of the Match scrumhalf Ben Youngs, Marland Yarde and Jonathan Joseph proved the torpedos that sunk Wallaby dreams of avenging a 3-0 series loss in June.

An electric opening performance from a clinical Wallabies side was quickly forgotten as the side limped to a resounding defeat in front of 81,787.

The surgical kicking game of Youngs and extreme pace of the English outside backs transformed Twickenham into the site of an ambush to be remembered long after it’s conclusion.

Signs were ominous for Australia early as Foley uncharacteristically missed an easy penalty goal from 35 metres in the first minute.

The Wallabies’ strong carries and excellent ball-playing at the line made swiss cheese of their hosts defence and camembert of the opposition scrum early.

The scrum won Australia their first points, pummelling the English off their own ball before finding danger man Sefanaia Naivalu on the left wing.

Australia’s exotic attacking structures proved difficult to defend for the English blitzing defence in the opening quarter, forcing referee Jaco Peyper to call for the TMO on three separate occasions.

Behind 0-10 in the 17th minute with a Foley penalty, England latched on to a pair of Ben Young box-kicks to enter the Australian half for the first time.

Goal kicking ace Owen Farrell soon knocked over a wide shot at goal to bring his side back within seven-points.

England were quick to turn defence into attack as a Michael Hooper linebreak was turned over upfield.

Flyhalf George Ford booted the ball upfield for Marland Yarde to chase and if not for the rescue effort of Dane Haylett-Petty would surely have scored.

Haylett-Petty was soon required again as another threatening through-ball for Yarde was defused, with English penalty advantage.

Farrell converted a simple goal, but sloppiness had begun to leak into the Wallabies game and a failure to secure loose ball on the ground created another English score 30 seconds later.

Another Owen Farrell grubber ahead found empty space in the Wallabies backfield and this time Haylett-Petty was too far away to save it. Centre Jonathan Joseph enjoyed a perfect bounce and scored under the posts.

The Wallabies soon had momentum on their side again as Dane Haylett-Petty went close to scoring on a long range chip and chase effort before Reece Hodge squandered a try-scoring opportunity in similar circumstances to Folau last week.

Australia would have the last laugh of the half, kicking a third penalty goal to close proceedings ahead 13-16.

The slim lead would not last long as England’s short kicking game again struck gold, Yarde sweeping past Israel Folau to chase down a grubber kick in-goal in the first minute of the half.

Halfback Ben Youngs added to the English lead moments later, taking a quick tap through the retreating defence in the 45th minute to score from close range.

Thumping Wallabies defence gave way to another Farrell penalty goal in the 56th minute and the Wallabies were forced to go back to basics to pull themselves out of their slump.

Prop Sekope Kepu danced through a feeble tackle attempt and raced in for an excellent try but England continued to grind the Wallabies out of the match.

The death blow came in the 71st minute as Dane Haylett-Petty was effectively shown red for taking out Mike Brown, off the ball.

English centre delivered the final strike in the 75th minute, intercepting David Pocock and jogging in the score to take an insurmountable 37-21 lead.

A late try-saving tackle from replacement wing Henry Speight on opposite Johnny May was small consolation as the Wallabies flopped towards their largest defeat on English soil since 2010’s 17-pt loss at Twickenham.