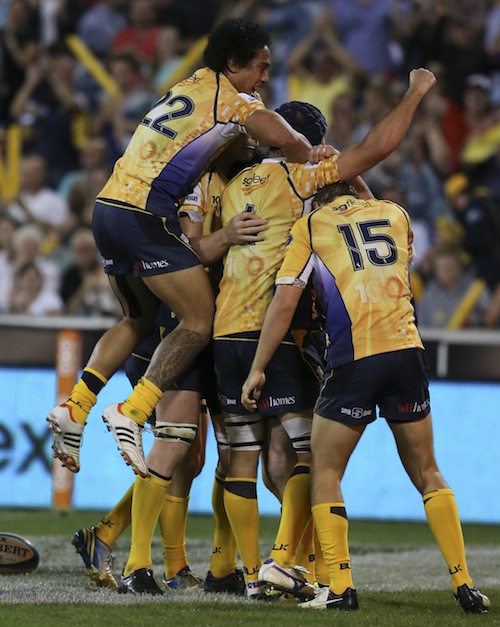 The Brumbies have landed in the Republic for their two-match tour and first up is the clash with the Sharks in Durban. 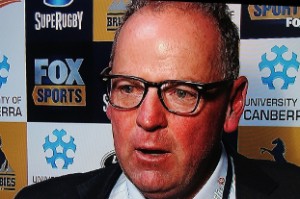 Jake White’s team is flying high, being undefeated in three matches to start the season, but now comes the real test when they come up against South African sides over the next four weeks.

The Sharks are also undefeated with three wins to their name, although those wins have been largely underwhelming with try scoring proving difficult to come by.

With those things in mind here are some things to look out for.

Jake White has made a host of changes for this match with five changes to the starting side that beat the Waratahs. One of those is forced with the knee injury sustained by David Pocock that rules him out for the season. The question though, is this the right time to be changing the starting 15 or has White got an eye on future events?

The Brumbies won’t have that element of surprise anymore and coming up against South African teams, they will know exactly what is coming their way.

This week Ben Alexander switches over to tighthead prop and will be up against Tendai ‘The Beast’ Mtawarira. Some critics feel this isn’t Alexander’s best position although he fills that role at Wallaby level.
Some eyebrows could be raised as to why Dan Palmer isn’t playing in this match; perhaps he’s off garnishing his meat dish with more meat?

The Brumbies’ defence this year has been phenomenal with a total of zero points conceded in the second half in three games. The Sharks have battled for tries with only two so far that were both scored in week one against the Cheetahs. Their last two matches against the Stormers and Kings have yielded no tries yet they were able to get the wins on the strength of Patrick Lambie’s boot.

The Brumbies will need to be careful with their discipline with Lambie able to keep the scoreboard ticking over as he has shown this season. If that fails, Frans Steyn is able to land them from 60 metres – if he’s on his game.

With Pocock now out for the season, a lot rests on Smith’s shoulders. The breakdown is one area in particular that the Brumbies will be looking to gain an advantage but against new opposition it will be a real battle.

The pace of the game is one area that could be a problem for Smith but after playing around 70 minutes last week and with an extra week of training he might not be as far behind as some think.

The game kicks off at 2:00am (AEDT) on Sunday morning at the Shork tank in Durban.

Jonathan Kaplan will control the game and completing an all-South African officiating team are Quinton Immelman and Reuben Rossouw.

The Brumbies are on a roll and will in for a real fight against a Sharks side that is winning, albeit by grinding out wins. With try-scoring what everyone wants to see, the Brumbies might sneak this one by around 5 points.