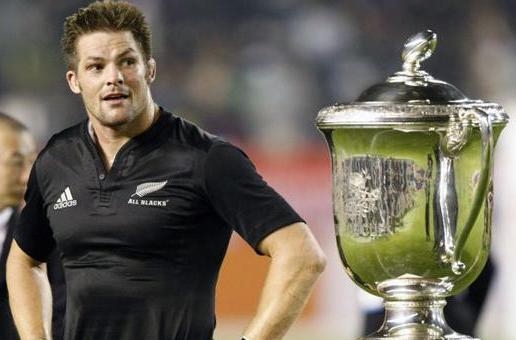 There were no real surprises in the naming of the Wallabies squad for this year’s Bledisloe Cup Tests and the inaugural Rugby Championship.

You could perhaps quibble about the odd fringe selection but I don’t think there’s too much doubt that this squad is essentially the best that’s available.

Ignoring TRC for the momen,t the question on everyone’s lips is — does this squad contain the necessary firepower and talent to overcome a very capable All Blacks team and finally recover the Bledisloe after a decade of failure?

My heart says maybe; however, my head sadly says it might be otherwise. Two wins from three matches — maybe you’re kidding? To lift me from this potential pall I thought I’d look back to the last Bledisloe Cup success in 2001 for inspiration.

In fact, I thought I’d do a quick comparison, and when you have a look at both squads there’s probably not too much of a resemblance. In 2001, there were a solid core of world-class players. You can’t say as much about 2012.

The front row was workmanlike but with quality loose forwards and John Eales and David Giffin in the second row the pack would at least match the All Blacks eight. In the backs, Gregan and Larkham, Dan Herbert and Burke formed the core of a dangerous unit.

The Wallabies won the first Test in Dunedin 23-15 with Matt Burke scoring a try and the majority of points. The second Test was also won by the Wallabies in Sydney 29-26 punctuated by that memorable Kefu touchdown.

The quality of All Blacks opposition wasn’t as great as in some years especially in a forwards context, but the backs were certainly up to their best with Mehrtens, Umaga and Lomu the stand-outs.

The All Blacks team of 2012 looks to have more depth than 2001. Talk about SBW and Nonu forming a massive centre combination is a furphy in my book. Wouldn’t you rather have Cruden, Carter and SBW in the mix based on form?

And a loose forwards combination of McCaw, Read and a rampaging Liam Messam is streets ahead of anything we can front up with. Pocock matches them for sure, but he plays a lone hand.

If there’s any perceived All Blacks weakness it might be at lock, but I’d much rather have a Retallick or a Romano (in particular) in my team than a work-shy Timani…

Andrew Blades talks up our scrum prospects but history isn’t necessarily on his side. I can’t recall too many scrums in the past decade where we’ve dominated the All Blacks pack. It doesn’t normally happen when The Myth and the Franks boys are around, especially when a penalty magnet like Alexander is playing for us.

I have a feeling that Robbie isn’t going to select QC in the starting XV, or indeed the 22 if he goes for a 5/2 split. I think this would be a mistake.

Sure, Berrick had a great Welsh series but we need a firing QC to give us that extra bit of class or X-factor to overcome this quality AB team. I’d play Berrick at inside centre.

On the up side for the Wallabies is that Conrad Smith isn’t going to be around for those first couple of games. He’s probably the best outside centre in the world, so that’s a plus.

In my view Digby Ioane is a crackerjack winger and on top of his game, and of course Will Genia stands head and shoulders above the rest. I’m not sure the forwards are going to be able to dominate in the collisions and at counter-rucking — sure, this may have happened in Brisbane last year, but that was a one-off.

The 2001 Wallabies side was an exceptional unit, although when you look the depth it wasn’t quite as assured as you might have thought (Graeme Bond, James Holbeck, Mark Connors etc.).

If I recall, there were recent times where we’ve had loads of difficulty with restarts, lineouts and other set-piece activities. Sharpie provides some experience but even a good hand such as Benn Robinson hasn’t been in any sort of form for years.

I reckon this is going to be another barren year for the Bledisloe. I’d like to be positive, but the Scotland loss and Super Rugby results have left me cold.