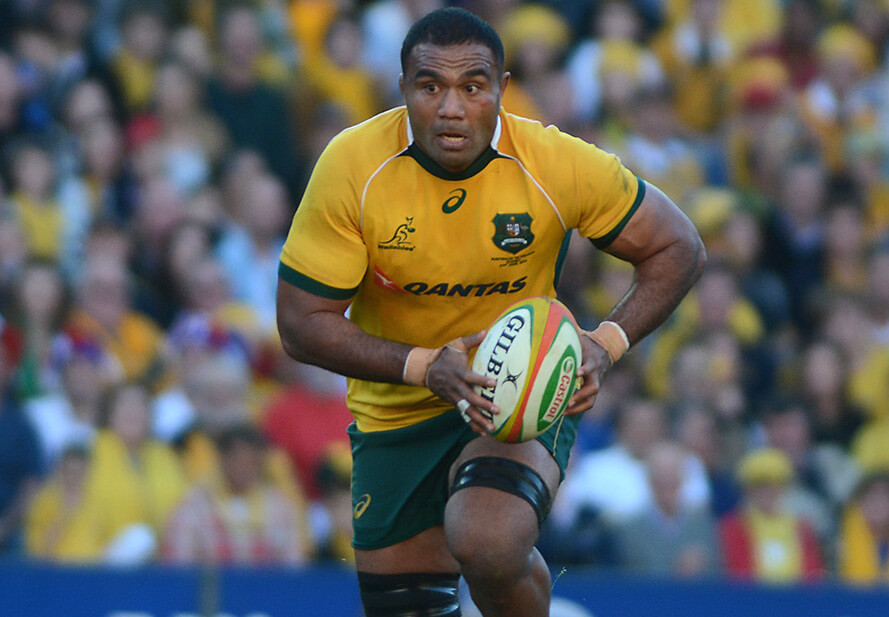 Continuing the anti-intellectual meandering by the never-was-so-can’t-be-a-has-been, and turning to discuss the enigma closing out the back Row, securing the back of the lineout and locking the scrum together; therefore clearly explaining why this joker is called No8.

Unfortunately there’s really not much to say about this fella as they are simply excess baggage. And they know it. But they are good fun to have about.

For instance, No8 is supposed to jump at the back of the lineout. But given bugger-all Hookers can actually see, let alone throw that far, it’s more a training-paddock oddity than game-time reality. Truth is that practicing back-of-lineout manoeuvres at training is a sly betting opportunity organised by the Props as with each failed attempt (and there will be many) the No2 vs No8 antipathy and abuse will elevate to the point of punch-on intensity whilst everyone else is taking bets on who will win the ensuing fight. Good fun for everyone.

The No8 is also supposed to periodically gather the ball at the back of the scrum and charge up field in a highly complicated, Boolean mathematical choreography with the Flankers and the No9. Regardless of how far down-field or removed from reality the foray is attempted, the envisaged outcome is always for the No8 to score a try in the corner.

Anyway, that’s the plan unless the No9 beats him to it and pinches the ball out of the scrum himself. Which, by the way, the 9 always does primarily because it shits the No8 and he will blow-up about it. Again, good fun for everyone.

Technically No8 is a member of the backrow. This means he should be mobile and making crushing tackles along those mystical running lines behind the Flankers. But given the Flankers already established plausible deniability for tackle accountabilities, then the added layer of No8 is simply beyond pointless. And again, as a member of the Backrow he should lend weight to the scrum prior to gallivanting off … yeh right.

Physically No8’s should be the Demi-Gods of the team and the ultimate mix of tall, rugged Forward and svelte, scintillating Back. And truth is they mostly see themselves mirror images of Pierre Spies when they are preening in-front of whatever shiny surface they surreptitiously position themselves near in every dressing-room (check it out – they do). But this does nothing to explain the reality that most No8’s tend to be either pudgy & rotund dwarfs, or elongated & sickly Napolean Dynamite types who look fit to snap in the lightest of zephyrs but somehow always manage to survive.

Pub-chat with No8’s can be intense as they tend to focus on why the 8,627 variations of Backrow scrum moves that were rehearsed time and time again off the scrum machine on Thursday night but subsequently failed on game day. However the poor buggers are congenitally incapable of remembering, let alone deciphering, the codes they themselves came up with to unlock these breathtaking ballets. So their glory moments tend to be limited to regathering lineout ball that ricocheted off the Locks flailing arms and pinching the occasional Labrador try (bludging on the blind).

All that said, No8’s do tend to be the Groover of the team and are thus generally more popular with the ladies then many of their colleagues. As such they are handy come night-club time on footy trips. But that same vibe can be dangerous come end-of-season club BBQ’s when the Psychotic Backpacking No7’s latest missus has sunk a Sherry too many and gets a wee bit frisky in her hemp skirt and linen crop-top… but again, it makes good fun for everyone else.