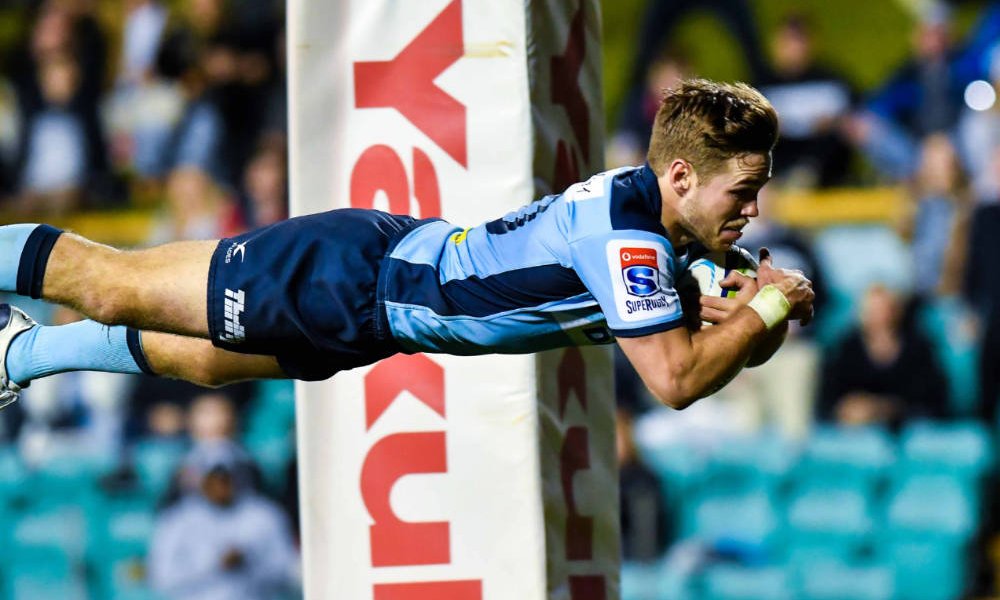 Monday’s Rugby News looks at the results from Super Rugby Australia and across clubland, celebrates the appointment of Amy Perrett and ‘Super Saturday’ continuing to grow. 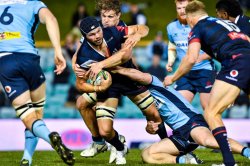 With the finals on the horizon, the match mattered even more in round eight of the Super Rugby Australia competition.

The action started in the freezing ACT where the Brumbies took on the Force as the home side attempted to wrap up top spot and a home final.

The Force put up an inspired fight, taking it to the Brumbies as the match went down to the wire with 15 minutes remaining, with the Dan McKellar’s men leading by just three points.

However, replacement centre Len Ikitau and outside back Andy Muirhead would cross for late tries to seal the 31-14 victory and a home grand final for the Brumbies.

“For us, we try not to think about that (the finals) and just try and execute our gameplay and I think for us it’s just about continuing momentum, we’ve got a big game against the Reds.”

The focus then shifted to Leichhardt Oval, with the Waratahs looking to keep their slim finals hopes alive when they faced the Rebels.

Needing to ensure that the Rebels didn’t get a bonus point, the Waratahs looked set to pull off the impossible when Will Harrison swan-dived over after a Michael Hooper intercept.

In the end, Rebels fly-half Matt Toomua would slot a 77th-minute penalty goal to snatch a bonus point and ensure that they only need a victory by four or more points next week.

This left Waratahs coach Rob Penney shattered despite securing the win, with his maiden season with the Tahs now out of their control.

“Like I haven’t got my head around the fact that we actually won, so a bit of mixed feelings of course.” 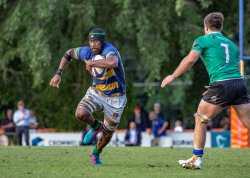 The club action around the country continues to impress as teams start to get back into the rhythm regular rugby.

Starting with the Shute Shield and it was Eastwood who pulled off the major upset with a 43-42 victory over ladder-leaders Randwick.

The Queensland Premier Rugby continues to deliver, with Brothers outgunning Wests 49-47 in a thriller.

Around the grounds and it was GPS that held off Sunnybank 17-15, Queensland Uni dominated Souths 50-14 and Bondi Uni defeated Easts 32-22.

In the John I Dent Cup in the nation’s capital, Uni-Norths won it on the death with a penalty as they beat Wests 25-24, Gungahlin held off Queanbeyan 26-16 and Royals narrowly defeated Vikings 29-27.

Down in South Australia and Burnside pulled off the upset of the weekend defeating undefeated Brighton 32-19.

Finally in Western Australia, Cottesloe maintained their unbeaten start with a thumping 87-10 win over Curtin Uni whilst Coastal held off Bayswater 28-24.

Perrett has been a trailblazer in the sport, becoming the first women in be included in a Super Rugby match official team in 2017.

She has made her mark across the Sevens circuit, bringing up another significant milestone earlier in the year as she refereed her 100th Sevens World Series Match during the Sydney 7s Final.

Having been given the landmark opportunity, Perrett admits that it something that she had never imagined since she “never saw it as a possibility.”

“I’ve been really fortunate to already achieve a lot, so everything now is all a bit of a bonus, and it’s just a case of just taking any opportunity as it arises,” she told Rugby.com.au.

“However, I do hope now that I’ve done it, anyone else can.”

Despite the historic occasion, Perrett still will treat it as another game, with her goal simply to be consistent and provide a positive role model for her son Liam.

“Every fixture is important to those involved, and all I’m trying to do is ensure I have consistent performances because every match I’m a part of means something to somebody,” she said.

“I now do things to show Liam what is possible, if you work hard for something and put your mind to it you can achieve it,

“And now when I go out there it’s not only to enjoy it but also to make my family and son proud.” 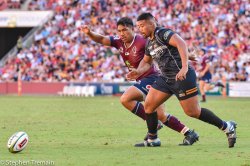 If you think next Saturday couldn’t get bigger, it continues to do so with the confirmation of the North v South game.

The game between the best of the All Blacks was originally set to take place this week, however, multiple players were prevented from travelling due to a sudden coronavirus outbreak in Auckland.

In order to maximise the viewing experience for fans, Rugby Australia has announced that the final round clash between the Melbourne Rebels and Western Force has been brought forward to kick-off at 3 pm ECET (East Coast Elite Time).

The match shapes as a much win for the Rebels, who require a win by four or more points over the Force to book their place in the finals.

With the North v South game in Wellington slated for 5.10 pm, the triple-header of rugby will conclude with a potential grand final preview as the Queensland Reds host the Brumbies at Suncorp Stadium.

RA CEO Rob Clarke thanked Fox Sports and the teams for the willingness and co-operation throughout the process, believing that the final round festival is a perfect way to finish off the regular season.

“Next Saturday’s action is just getting better and better so thank you to our broadcast partners FOX SPORTS as well as the Melbourne Rebels and the Western Force for accommodating this new addition,” Clarke said in a statement.

“What an afternoon next Saturday will be for Rugby fans in Australia. We are now at the very pointy end of what has been an enthralling Super Rugby AU competition – and with finals berths there for the taking, everything is still to play for.”

Following the games in Round nine, it has been confirmed that the Brumbies will host the final on Saturday 19 September at GIO Stadium in Canberra, playing the winner of the Qualifying Final.