Waratahs win, but fail to secure a finals spot 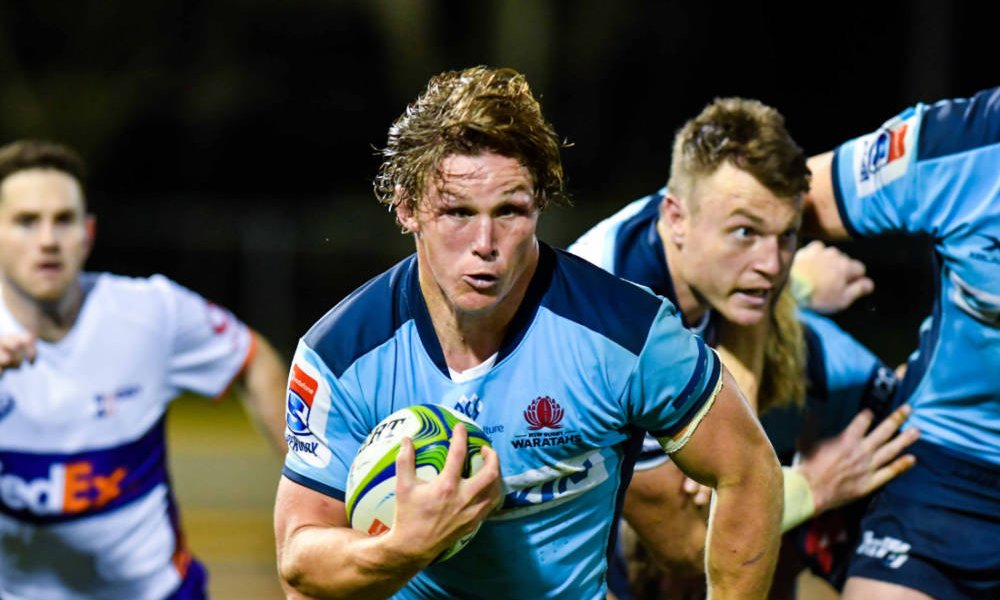 Waratahs win, but fail to secure a finals spot

The Waratahs won the battle against the Melbourne Rebels but will have a nervous week to see if they make the finals.

So the season comes down to the wire for both teams, with a simple equation; win, and book a spot in the finals.  For the Waratahs, a loss means an early mad Monday.  Depending on the scores, the Rebels could afford a loss, provided they earned a bonus point.

After a demoralizing defeat to the Brumbies last week the Waratahs made bold selections choices, handing Tepaio Moeroa for his first start at inside centre alongside 8 other changes.

The Rebels who were also coming of the back of a defeat only changed two for this all-important clash.

Coach Dave Wessels was quoted as saying “These are the games you want to play and be a part of and everyone’s just really excited for that”.

And it showed in this see-saw affair in Leichhardt Oval.

The Waratahs started the better team but gave away two early penalties, which you could put down to over-enthusiasm.  With one penalty in the kicking distance, To’omua made no mistake, giving the Rebels an early 3-0 lead.

For the next 20 minutes, all the endeavour came from from the Tahs, who got themselves into the Rebel red zone repeatedly. Dogged goal-line defence eventually breaking, Jake Gordon sniping finally paying off, finding a gap past Ainsley for his first try. The Rebels looked the more nervy team, some inaccurate passing allowing the Waratahs to build momentum and run frequent incursion to the Rebels territory.

When you think of the importance of this match, Dave Wessel’s men seemed strangely flat.  The Tahs looking the sharper by far, led by a great half by Jack Dempsey who was rewarded with his own score, barging over from five metres out.

It wasn’t until the 30th minute until the home side managed to get a foothold in the game, finally holding on to the ball and camping down in the Waratah 5-metre line.   After repeat maul infringements from the Tahs, a feature of their tactics tonight, Ned Hannigan was sent to the bin.  With a man down, the Rebels eventually found the line, with a barnstorming run from the captain To’omua finally going over for the try.

The half-finished as it started, another offside penalty giving Will Harrison the chance to knock over a penalty.

Half Time score 17-10 to the Waratahs 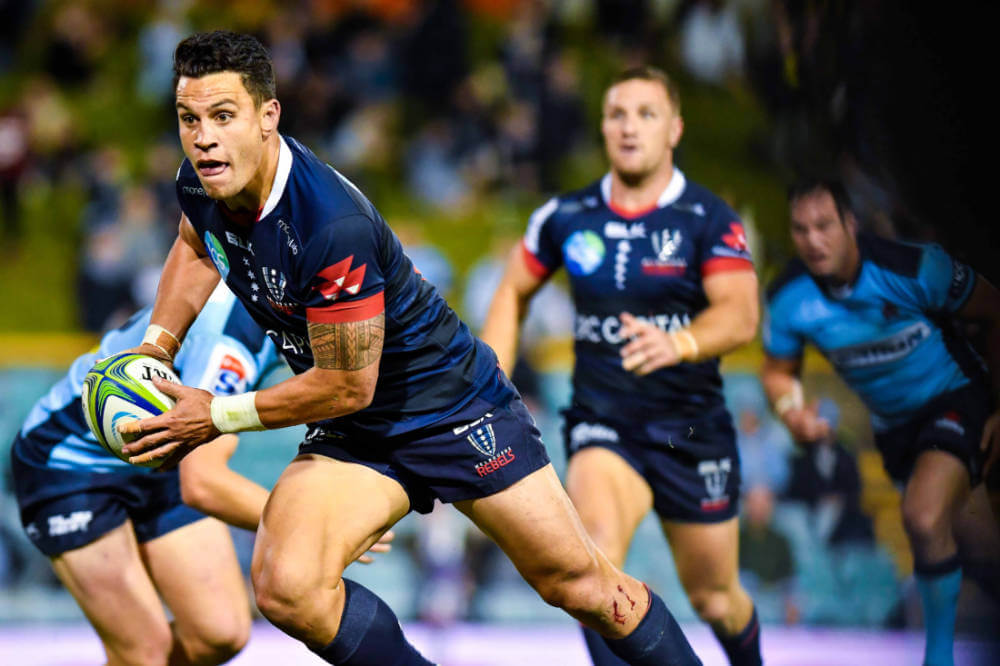 The Rebels started the half with more vigour, Isi Naisarani crashing over in the 45th minute after picking a massive hole in the Waratahs defence.

The visitors hit straight back with their own try on the 48th minute after weathering the Rebels onslaught led by Jack Dempsey who continued where he left off being a menace around the park.

The Waratahs built on their lead with another try to Joey Walton, running a great line off Michael Hooper to sprint in unopposed to the line.  A great moment for the youngster, scoring his first super rugby try.

A finals spot looked to be theirs, seemingly cruising the play-offs.

However, a moment of Marika magic, sliding in for a score and Naisarani getting his second sparked the game to life.  All square on the 70th minute, the match was far from done.

The next ten minutes were breathless.

Michael Hooper charged down a Deegan kick, the ball sitting up perfectly for Will Harrison who leapt over like a salmon giving the Waratahs a nine-point cushion and one foot in the finals.  All they had to do was hang on for four minutes.

Offside infringements were a bane for both sides, and so it was once more, the Waratahs gifted the Rebels another offside penalty.  Matt To’omua lined up a penalty shot and made no mistake with the kick showing nerves of steel to slot the three-pointer keeping their season alive by earning a bonus point.

The match finished 38-32 to the Waratahs who, although they won, will feel a touch disappointed they couldn’t hang on to the margin that would’ve guaranteed a playoff berth.  If the Rebels win next week and make the finals for the first time, the Waratahs can put it down to their ill-discipline and inconsistent execution. 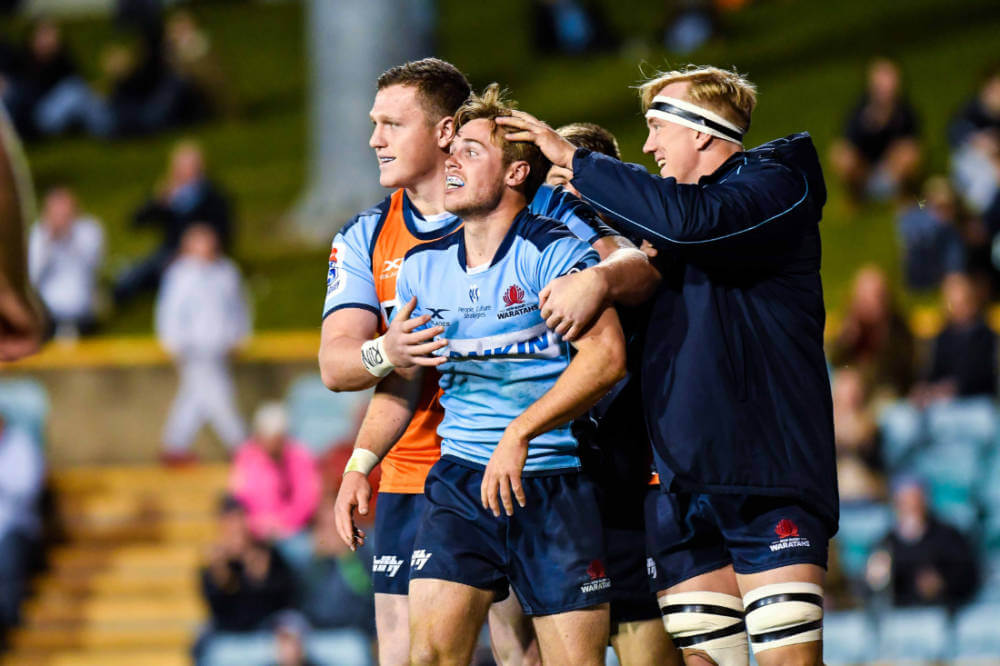 Hard to pick one but Marika Korobiete slide in from what looked like 20 metres out sparked the Rebels a fightback that kept their season alive.

A number of players had stand out games,  Jack Dempsey was immense, Michael Hooper was at his industrious best, Matt To’ouma guide is troops around the park, scored a try and slotted a clutch penalty.

Isi Naisarni did everything though, bullocking runs, 15 tackles, 15 runs and two tries capped a busy evening.