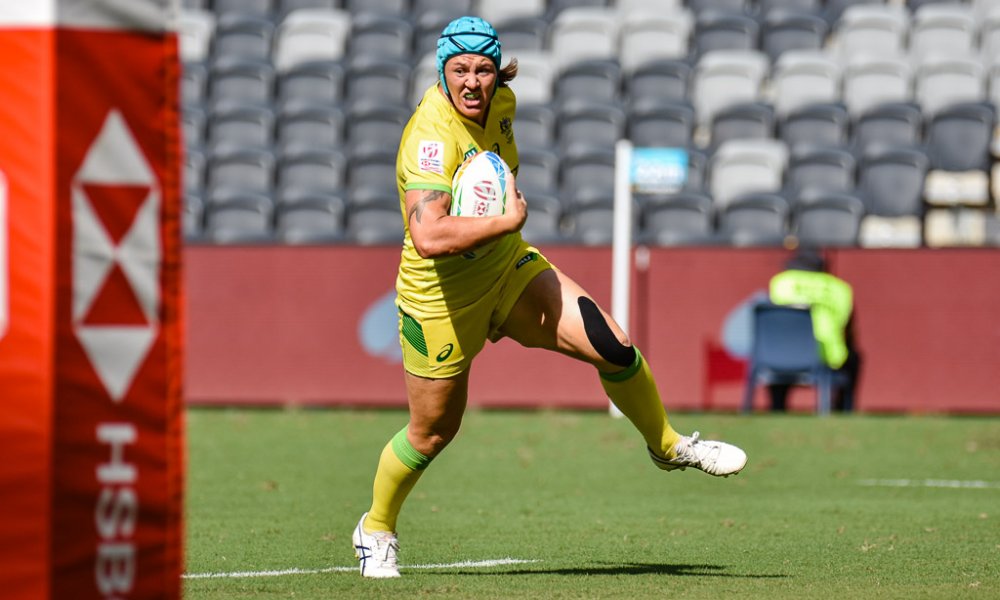 Greetings, GAGRs, and happy Monday to you all! It’s generally a curious time of year within the interlude of TRC and the Autumn tours for the Men’s side, though the ‘A’ game gave us something to watch this weekend. Thankfully, as most on this site will agree, we will be lucky to witness the Women’s Rugby World Cup in Aotearoa as of next weekend. If you were aware, the Australian Rugby Shield was revived and played in Radelaide over the weekend. Finally, and unfortunately, Rassie is back. FML.

Well, ladies and gentlemen, boys, girls and Hoss… the time has come for the best female players in the XV game to go toe-to-toe for the title of ‘World Champions’! See here for the World Rugby article for more.

I, for one, am very much looking forward to what the tournament can bring, not only from a viewing perspective, but from a general rugby perspective. For me, the Women’s game is where the Men’s game is so often lacking these days, particularly in the spirit of the game. There are many people on social media and other sites who bemoan that women were ever let out of the kitchen (these people should, rightly, go and get farked); however, I have been delighted that the GAGR community has been behind the development of the Women’s game. I love watching pretty much any format of rugby. I have been so impressed with the development of the sport in the female space, especially in France and England, where professionalism has been embraced. Alas, as you would well know, I’m disgusted at how, yet again, the ‘smart rugby’ nation of Australia has fallen way behind the proverbial eight ball.

But enough of that… this is the time for our women to demonstrate exactly what they, and their peers from around the world, can do. Unfortunately, there will always be naysayers; however, the only way to ‘beat a bully’ is to keep standing up to them. Reports coming from Hobbiton Auckland is that the opening weekend’s matches on Saturday will be a new world record crowd for a female game. Indeed, being a triple header, there ought to be a cracking atmosphere! The tournament will begin when France and South Africa take to the Eden Park pitch at 14:15 local time on 8 October, followed by debutants Fiji versus England at 16:45 and the highly anticipated blockbuster match between New Zealand and Australia at 19:15, which will be preceded by a performance by Rita Ora to entertain the record-breaking crowd. Having been privileged enough to go to the Women’s T20 World Cup Final at the MCG (the future 2027 RWC host city), with 86,000 other fans, and perhaps even sticking around for the Katy Perry concert afterwards, there is absolutely value to making the event a party.

To our Wallaroos… Go you good things!

Perhaps it’s the ever-increasing malaise with the way the Men’s rugby side has been going; however, the reports about the Australia ‘A’ match against a Japanese XV side read a little bit wrong to me. Indeed, I was amazed to see in some articles that the Australian side had ‘smashed’ the Japanese, despite being down 9-6 at half time and only winning by 34-22, which wasn’t truly sealed until well into the final quarter of the game. For other articles, I was shocked to see that Australia had ‘stand out, incredible’ players. The reality for me was that, at times, we had a brute of a battle on our hands and were lucky not to be well behind. In particular, reports of Langi Gleeson and Suli Vunivalu being highlighted players were very curious. Neither dominated their roles; indeed, for me, Suli went backwards, especially when found out in defence on a number of occasions, and Gleeson, more often than not, found himself getting belted by Michael Leitch, the talismanic Japanese captain. No player really was a massive stand out for me; though I’ll give Jock Campbell and Nick Frost considerable support. The talk about Campbell being unable to withstand the physicality of the international game is bollocks. He’s the same height as Tom Banks and only a few KGs lighter. Give the man a run! Frost has a huge engine and, well, kept on going, Otherwise, for me, this was a deserved win by a ‘champion team’ per se rather than a win off the back of any individual brilliance. That said, it’s precisely what Australian rugby needs. Blokes who will come in and do their job and make it about THE TEAM. I look forward to the next two matches in the next fortnight.

For those who may have some spare time on their hands, the Australian Rugby Shield has been played in Radelaide over the weekend. Today, the Victorian Women defeated the NSW Country Corellas 24-15 to take home the Championship Shield for 2022. Tomorrow, the ACT&SNSW Griffins will play against the NSW Country Cockatoos for the chance to be the ARS Men’s Champions. The link to the match, kicking off at 1:30pm, is here.

Disappointingly, once again, this is a tournament that, unless you knew about it, it simply didn’t seem to exist. Indeed, I had to call out the Australian Schools Rugby Union side for their Facebook post that only included tags to the Waratahs and Reds… Seriously?!

Well done to the teams, officials and volunteers on what I’ve heard to be quite the successful tournament. I truly hope it continues beyond one season!

Arguably the most hated rugby figure outside of South Africa, where he maintains a Trump-esque status worshipped by a cult of DDF-ing, braai roasting, biltong munching bunch of muppets, the Springbok’s coach Director of Rugby Waterboy…. whatever he is now… is back. Personally, he should have been punted from the game in perpetuity, and taken TAS Analytics with him. The amount of piss-poor behaviour we are seeing around the world is completely of World Rugby’s inability to sanction a maverick who has changed rugby for the worse. Indeed, these fecking water breaks are one of many direct impacts he has had on the sport. With any luck, he won’t be able to keep his opinions to himself and end up being permanently back where he belongs… far, far away! Such a twat…