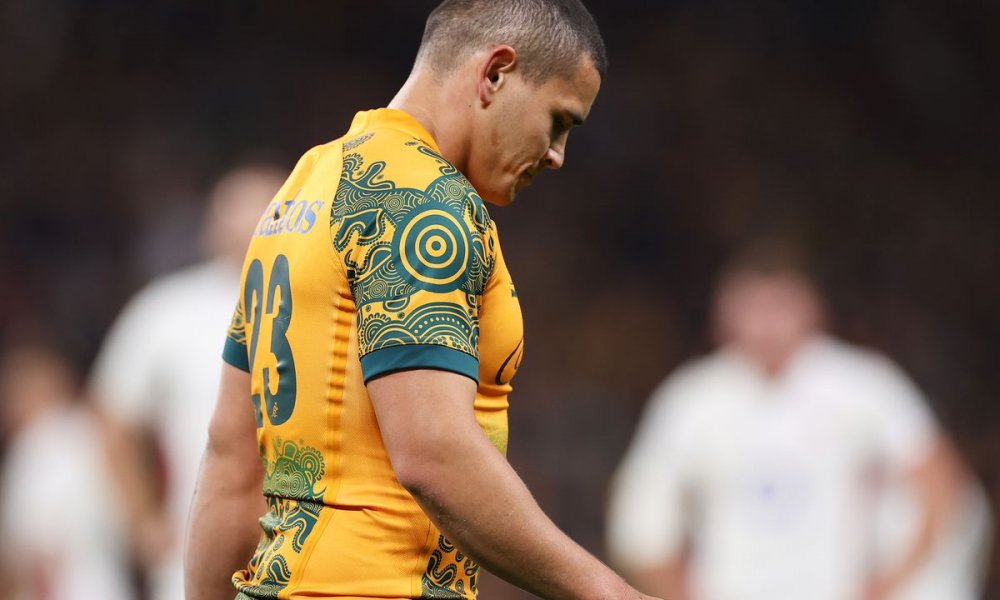 Well folks, what a jolt back to our normal reality, where the Aussies are taking one step forward and three steps back, the Pumas playing winning Cheika-ball, the Kiwis beating the DDFs and the DDF fans being ferals on social media. Bugger.

In other news…. well, there hasn’t really been much seeing as the Bokke Rugby NZ did us a solid by keeping Fozzie (for now). So I’ll pose a philosophical question I got involved in last week about handing out pieces of cheese and a look at the Challenger Series in Chile this weekend.

In one word: pathetic.

In more words, this was the most devastating defeat of the Rennie era. Now, before I get started, every professional sports team will never claim an injury toll (even one that takes out a potential Wallabies starting XV plus a few) as an excuse for a loss. Sure, it absolutely doesn’t help; however, if Rennie et al are firmly behind this belief then I’m going to discount the injury toll completely. Professional sport is living and dying by the sword. And, with the victory percentage Rennie has at the moment, even for a 6th ranked side in the world, it’s getting very hard to stomach. The pressure must start to build as the results as they are simply aren’t acceptable.

So, buckle up lads and ladettes. Charlie is fuming!

Firstly, in a team that is supposedly playing both for national pride AND a relatively decent pay cheque the complete lack of interest from some members of the squad was appalling. There appears to be quite a few egos that believe their mere presence on the field is enough. In particular, Nela Tupou, I’m looking at you pal. I’m sick as shit of watching you waddle from ruck to ruck and only bothering to put the effort in when someone foolishly steps into your orbit. The chewing gum drives me insane. Getting belted by a four-test prop who you have a 30kg advantage over. Fark me. You want the dollarydoos and all that jazz, farking earn it! Crikey…

Secondly, the complete lack of basic skills and game awareness. For this, I’m aiming at the back three. For me, of the three, Petaia had a complete farking shocker. Within the first sixty seconds he’d made a complete clusterfark of a kick through, gave Tom Wright a hospital pass for the ages then laid on the ground almost pretending it didn’t happen. He is, once again, exposed as a player of a flawed system where the promise of talent is progressed rapidly rather than through ‘traditional channels’. He reeks of a player that was a schoolboy hero (a la Beale) who was able to do phenomenal things at that level but hasn’t realised that it’s not possible at senior and international level. Similar for Wright and Koroibete. In Wright’s only defence is he is a winger playing 15 as there isn’t a player DR is willing to play there (until now). As much as McReight was good in parts, it doesn’t take a genius to work out when a referee is looking at you for doing repeated silly shit. A 7 will always be a penalty magnet as their traditional role is, usually, to be a pest. If you start to feel the heat, have some commonsense and back off a bit on the 50/50s. Focus on the simple tasks. Discipline is a major weakness in his game. It must be addressed.

Thirdly, the support of the ball carrier. I lost count yet again at how many times our players were isolated. I mean, for fark’s sake, even Nic “I don’t do contact work unless it’s shitfarkery” White even performed a clean out! This has been a perennial problem for the Wobs, but nothing seems to be done about it.

Lastly, the players absolutely giving up the ghost. For a Pumas side that was defeated last week, to give up 48 points a week later is an unbelievably poor reflection on this side. Good on Rennie for actually losing his cool even a little bit in the post-match presser.

I would hope that a sobering flight back from Mendoza (via half of continental Americas) would give plenty of thought about what MUST change prior to the DDFs arriving in Adelaide.

What must change? Well, it’s quite difficult to say who should and shouldn’t play as we simply don’t know who will and won’t be available. In between the self-induced, “Imma shoot myself in the foot with a bazooka” injuries e.g. Porecki, FF, Paisami, etc., and those who we don’t know about from a rehab perspective, e.g. Kellaway, it’s tough to even select a XXIII with any confidence, and that’s before the Wobs S&C have a chance to do their work in training….

That said, at a minimum, we must see:

By Jingo. By Crikey. Strewth cor blimey. Dingo ate my baby. Throw another prawn on the barbie. 🥵

The Nearlies have defied the odds of Fozzie’s coaching and their own record at Ellis Park to defeat the DDFs in a cracking encounter marred by a ridiculous amount of stoppages (sanctioned or caused by unfit Saffer forwards). Indeed, the heralded “Bomb Squad” was brought into the test from around the 25th minute when Marx replaced a poor Joseph Dweba. From there the impact subs struggled to get into the contest like they did last weekend.

Credit to the Nearlies who played an obviously up tempo game in order to get the bigger Bokke players puffing. Indeed, the thought crossed my mind when reflecting on various articles last week suggesting that the Kiwis were missing the physical nature of the DDF sides; the reality is that the DDF sides are missing the faster pace of Super Rugby and this absolutely came back to haunt them in this match, even with cynical ‘injuries’ at convenient times and the farking water breaks that ruin any form of tempo or momentum that’s going. If ever there was a game plan for the Wobs to take a good hard look at (though not necessarily totally replicate) then this is it. The 6-2 split bench hurt the Bokke for a second successive week with an unfortunate concussion to Kriel. It’ll be interesting if this changes (even the Boks assistant coach Nienaber admits it backfired). I daresay the Clown will be looking at this match (much like Dr Evil was) and considering ways to ensure a fast-paced game with smart tactical options.

Fair play to the maligned Nearlies. They played some bloody good rugby, e.g. the kick passing and spreading the ball to runners with support, and really put the DDFs in their place. Indeed, they beat them so bad that the DDFs have reverted to their pathetic “but the ref was kak” defence. Honestly, they’re as blind as the Republicans are, but credit does go to the 60k-odd Bokke fans at Ellis Park. The noise coming through my telly was crazy so live must’ve been phenomenal! Rugby certainly isn’t dead!

TO CHEESE OR NOT TO CHEESE… THAT IS THE QUESTION

In last week’s Hump Day news, Dally M, myself and a few others pondered the idea of handing out a cheese despite a team scoring under advantage. Well, curiously, an article popped up on Rugby Onslaught (OK, grains of salt taken) this week so I thought of this piece.

Essentially, the thought is this: team A concedes multiple penalties. They are duly warned that another infringement MAY see a player receive some cheese. Team A then concede an advantage; however, Team B scores a try. The question is, ‘does a referee give a cheese as well as the try?’.

For me, and it’ll be interesting to get both KARL and Nutta’s opinion as fellow referumps as well as the rest of you mob. I’ve had a discussion with a mate from Canberra by the name of Norman who is a former ARC and first grade player as well as a top referump.

Essentially, I’m at a 75/25% split. The 75% of me is to continue with awarding a try to team B and team A captain gets a Nigelesque bollocking and a reminder that the team warning still applies irrespective of the try. The 25% split is for two reasons:

Norman made two good points, which were:

The answer to these points is, “no” and “correct”. The reason for my “no” answer is twofold, though only one really relates to pro rugby. The first is that it can be hard to identify one single player if the whole side is going backwards (similar to a collapsed maul). The second is that the quality of the game may suffer. For example, a team may already be down to less-experienced/technically gifted players and a cheese will ruin the contest for both sides.

Therefore, I think it only fair that each case, like everything else in rugby, is judged case by case. I appreciate those looking for a consistent approach; however, that’s never going to happen “coz it’s rugby union”.

Three days of intense competition at the Estadio Santa Laura in the Chilean capital will kick-off on Friday at 10:45 local time (GMT -4) when Kazakhstan and Colombia take to the pitch in women’s Pool C. The huge prize at stake for the tournament winners is promotion to the HSBC World Rugby Sevens Series 2023!

A breakdown of what’s happening:

The Challenger Series was introduced in 2020 to boost rugby sevens’ development across the globe and provide a pathway for promotion to the HSBC World Rugby Sevens Series. Japan were the inaugural men’s winners and following a year break due to the global pandemic, the Challenger Series is back with a combined standalone event. The global event sees teams from all six World Rugby regions represented in a competition format that replicates the Olympic Games with three pools of four teams. The top two from each pool along with the two best third-placed teams will qualify for the quarter-finals, before the semi-finals and final will decide the tournament winners on Sunday.

Right, folks. That’s all for today. I suspect it could be busy in the comments. Happy Monday!