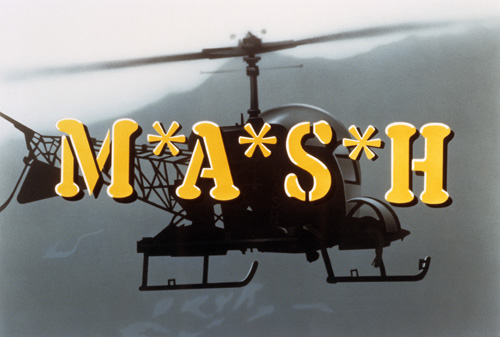 G’day G&GRs and welcome to Friday.

Let’s hook straight in. With injuries and events depleting orange reserves, yet the team still overcoming adversary, let’s approach a Wallaby future with ‘Greater Expectations’. Put our mirth and merriment on hold a fraction surrounding current NZ suffering with ‘Careful what you wush for’. Look at ‘What’s on the box’ for weekend teams, times, coverage & fearless predictions. Isolate for a while and ponder ‘COVID Positives’ and slam it home with Friday’s Goss with Hoss, 76% of the time proven to be 49% accurate.

I have been trying ways to avoid saying just four words this week. I don’t necessarily want to be ‘that guy’, the ‘wet blanket’, the ‘negative Nelly’, but here I go anyway:

‘it was just Argentina’

There, I said it. In the comments section earlier this week among you plebs illuminati, I stated that the win was a win for character, resolve, standing up for a mate and steely resolve and all those things were true and should be celebrated. But it was just Argentina we beat (and shouldn’t we 95% of the time) and not the Oirish, Frogs, Nearlies or Catholics, so I’d ask to take pause, inhale and request a modicum of perspective for a moment.

It was team ranked #6 in the world beating the team ranked #9th. It was a team with an established coach and squad, admittedly with injuries aplenty, withdrawals and challenges on many fronts verse a team with a new coaching structure and in transition. So celebrate a brave win? Absofrigginglutely. Celebrate cohesions and resilience? Yesssirreee Bob. Start engraving ‘Australia’ on this year’s RC trophy? Maybe woo-up a fraction.

The greatest victory for me last week wasn’t the score board, it wasn’t against the opposition. Instead it was the Wallabies victory over themselves. For the first time in a long while, perhaps, just perhaps, the Wallabies have been able to slay old doubts and demons that have regularly plagued this side over many a moon.

There was still dumb play, weird options, ‘nothing’ kicks and hands like feet, but despite all of this, there was no panic, no hysterics, no ‘one out’ play, but instead a composure and an air of calmness about what needed to happen next. Staying present, staying calm and staying ‘in the moment’. Personified beautifully by an 85th minute bonus point try.

It’s funny ain’t it. It usually takes adversity, a collective rattling of a groups cage for character, real character to reveal itself. Perhaps we finally got a glimpse of what our team is all about in Mendoza last week.

Our boys aren’t the best rugby side on the planet, not even close (as yet). But every tilt towards greatness has a catalyst, a spark, an ignition point, something that nudges inertia towards ‘positive’ and thus real momentum begins. Last week, maybe we witnessed such a rugby moment for the Wallabies.

Momentum & belief becomes self-fulfilling, almost self-propelling, self-perpetuating and from that, we all share in greater expectations.

CAREFUL WHAT YOU WUSH FOR.

Hands up who has had a wee butt uff fun poking at the horrid run of losses of the Nearlies lately? Yep, me too. But a horrible thought crept across my mind this week. Just what are the repercussions for us Wallaby fans of a Kiwi side so rancid, so on the nose at home, yet said side still wipes the floor with us at Bledisloe time? What does that actually mean for us?

You think about it. At the time of writing, the Nearlies have lost five of their last six tests. Now for the nerds out there, that’s an 83% loss record (god that felt good to type). Spanked by Oirland & le Frogs last November, losing again to the Oirish twice and now to The Pope’s Lot last weekend. Add in a likely beating again at altitude this Sunday morning and that’d be six losses from last seven or 86% loss rate (tingling again).

Crystal ball stuff I know, but another loss this weekend in SA would likely mean a new AB coaching structure likely consisting of Joe ‘Schmidt for Brains’ with Scott ‘Razor’ Robinson serving as an assistant until the 2023 RWC. Post 23 RWC you’d reasonably expect Razor assuming the HC role alone? Surely that’s the smart play ain’t it? You bring Razor ‘inside the tent’, locking him in until at least 2027. The AB’s get an immediate ‘dead cat bounce’ from Schmidt and Robinson, wins on the board, find their mojo and all is good again in NZ. Well, as good as it gets for those Hobbits anyway.

Which brings us to life as a fan of The Cadbury Orange Wallabies. So all & sundry get to belt the snot out of an underperforming NZ side. We start licking our lips and dreaming of Bledisloe glory, the like of which we haven’t enjoyed for most of this century and what happens? Why NZR introduce a brilliant new coaching team, likely leading to vastly improved AB outcomes and all this just in time for us to play them again?

So I have a favour to ask G&GRs. This weekend I beseech you all to find your inner sheep-shagger. Look deep into the darkest recesses of your soul, apply for the dole, wear thongs, fondle a lamb chop, put on the Barry White, cover yourself with lanolin and enjoy a night in if you must, but cheer with gusto for those stout twenty-three men, dressed nearly in all black, in the hope they get home, just. Do that and as Aussies we do our bit to prolong the coaching career of Fossie B Bear and co and perhaps, just perhaps enjoy better rugby outcomes ourselves.

I appreciate it’s a perverse request. I feel sullied and impure asking, but sometimes, just sometimes, we must all make a sacrifice for the greater good and there ain’t no greater good than us holding the Bledisloe again this year.

In Fozzie B Bear we trust.

What’s on the box.

The Saffers have made six changes to the side who thumped the Kiwis last week and, get this, are playing man-mountain and probable 2022 World POTY Malcom Marx from the pine!

The Catholics surprised no one, except the Kiwi coaching staff last week, by refusing to have the pill, kicking a lot, playing a rush defence and being aggressive at the breakdown – what a shock! The entire NZ population will no doubt be hoping that Fozzie B Bear can adapt to these never seen before SA tactics (unless you’ve been living on another planet) and that the Nearlies’ skills hold up better under pressure and have something, hell anything better resembling a game plan to counter this radical SAFFER approach.

Meanwhile Foster has rung the changes for the Nearlies with four changes. Personally I don’t think Foster has gone far enough with issues still in the centres & fullback and with nothing really to lose he doesn’t seem to me to be brave enough or actually aware of what his starting XV looks like. Instead he seems rusted on to some players that just don’t seem good enough to be picked in their spots. His rugby funeral I guess.

Fearless Prediction: A draw, so Fozzie hangs in there (until after the Bledisloe)

I’ve said it all above really. With 7As & the Squatter now also on the injured list & the FISMs better and more ‘educated’ for their first up loss this will be a close run thing. For me Aussie success all hinges round 10-12 and IMO with an injured Paisami and a likely inexperienced #12, JOC must start at 10. Teams announced at 5am AEST and I will update Friday’s Rugby News when released. A word of warning though, with Marius van der Westhuizen as TMO we’d want to be well clear, he is a dreadful TMO.

Los Pumas: TBC – not available at time of publishing FRN.

A lot written this week on Hoops and his decision to take time out and address some personal matters of his own. Like nearly everyone else I think it speaks volumes for the calibre of both him as a man and also as a leader and he should be rightly applauded and given the time and space to address the matters he needs to.

Planet Rugby has a good read and take regarding Hoops and his decision, while also ramming home just how much he has contributed to the game in Oz. If anyone ever deserved a break, it’s our skipper.

Hoops’ decision has been followed by another of our esteemed sporting leaders & perhaps our most successful one of the last decade, Meg Lanning, captain of the all-conquering Australian women’s cricket team. The SMH reports that Lanning will take an ‘indefinite break’ from cricket and it got me thinking that perhaps, just perhaps, the greatest positive to come from nearly three years of dealing with COVID, has been the greater willingness to talk about, and the acceptance of, the growing mental health challenges.

I think we can all agree of the insidious impacts that unchecked mental health can have. Unchecked & untreated the consequences are devastating and have likely impacted on the lives of loved ones or friends and the ‘ripples’ of these impacts linger a lifetime.

So three cheers to COVID for in its own perverse way bringing mental health and its impacts out of the shadows and into the light of acceptance.

How much do they pay props? Nutta, according to the SMH, you & your chubby brethren must be absolutely raking it in, with former Wallaby prop Bill Young propping up $30 odd million for a watering hole in Bondi. Make mine a double gents.

So you’re the 2021 Tahs Rookie of the year. The 2022 Shute Shield player of the year, yet the Tahs confirm he is ‘not returning to them in 2023’ and instead going on the ‘open market’? Whisky Tango Foxtrot is that all about? More from rugby.com.au

Too much rugby is never enough

Wall to wall coverage from STAN this weekend with Round #16 of The Hospital Cup in Brissie and Shute Shield Finals also getting underway in NSW.

‘Weak heartbeat better than none’

Big Duane Vermeulen weighs in with his take on the Kiwis. With him back in the SA team as well, maybe that ‘heartbeat’ is getting dimmer…..more from stuff.co.nz

‘Spanner’ in the works?

Whispers abound that one Bernard ‘Spanners’ Foley could be back in a Wallabies camp upon their return to Oz. With Cooper out, JOC short of a gallop and Phil Collins form a bit up and down like a honeymooner’s appendage, Spanners has been invited to camp alongside Tahs Tane Edmed & Ben Donaldson who are likely ‘gen next’ at 10.

No, not a review of FRN but an honest and frank Matt T about life, love and loitering outside the Wallaby squad. SMH has more

Until next weekend. Go the Wallabies