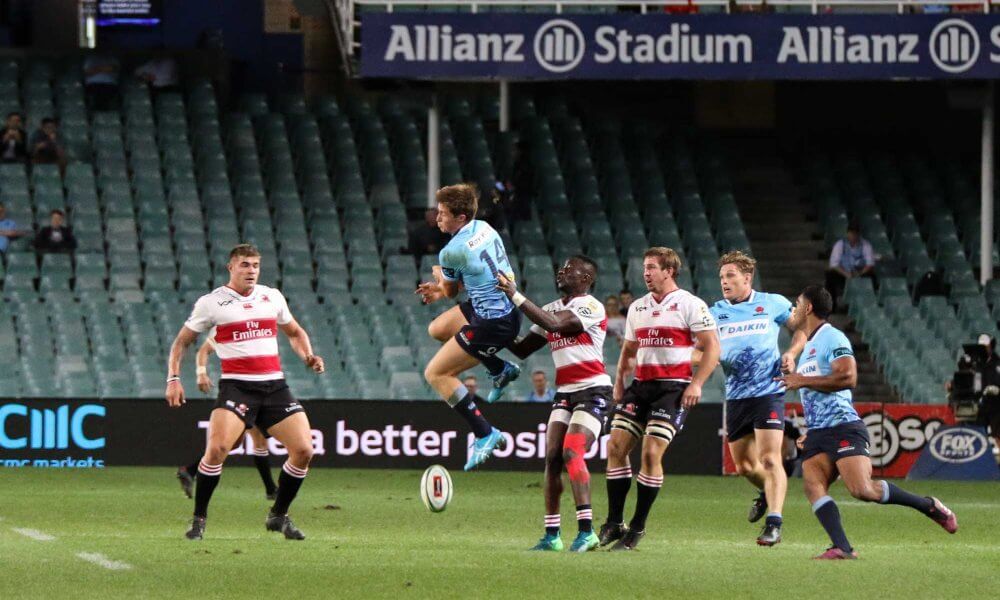 The under-fire Waratahs will be looking to get their season back on track as they trek out to Paramatta to take on the Lions at Bankwest Stadium this Friday night. The Waratahs are languishing at the bottom of the Australia conference and face a tough test from the Johannesburg outfit, who, despite their early season blip, have not lost to the Waratahs since 2014.

The Waratahs form, or lack of, has been nothing short of disastrous. The post-world cup exodus of key players has opened up some noticeable cracks in the line-up as coach Rob Penney mixes and matches a squad teeming with experience and rawness. Rookies Will Harrison (flyhalf), Angus Bell (prop) and Mark Nawaqanitase (wing) have performed admirably in trying circumstances with the finger being pointed at the performances of senior players; the likes of Simmons, Beale, Dempsey and Hunt.

Whilst not being wiped off the park, the Waratahs have been convincingly beaten in the first three rounds.

First, it was a hot Crusaders outfit that scorched the Tahs in Nelson. A double to rookie Nawaqanitase wasn’t enough as the Crusaders, in true Crusaders fashion, pounced on several missed opportunities and turnovers to finish 43-26 victors.

More disappointing was the wretched “home” game against the Blues where a meagre 7,491 Novacastrians turned out in a gloomy Newcastle to watch the Tahs go down 31-12.

The worst start to a season in their history only got worse with the Rebels’ first win over the Waratahs since 2016. An eight-minute double to former Waratahs wing Andrew Kellaway took the game away from the Tahs after half-time, and they weren’t able to claw back the deficit.

Should the Waratahs come up short on Friday, they will increase their winless streak to six matches stretching back to last season with the pressure sure to mount on rookie coach Rob Penney. 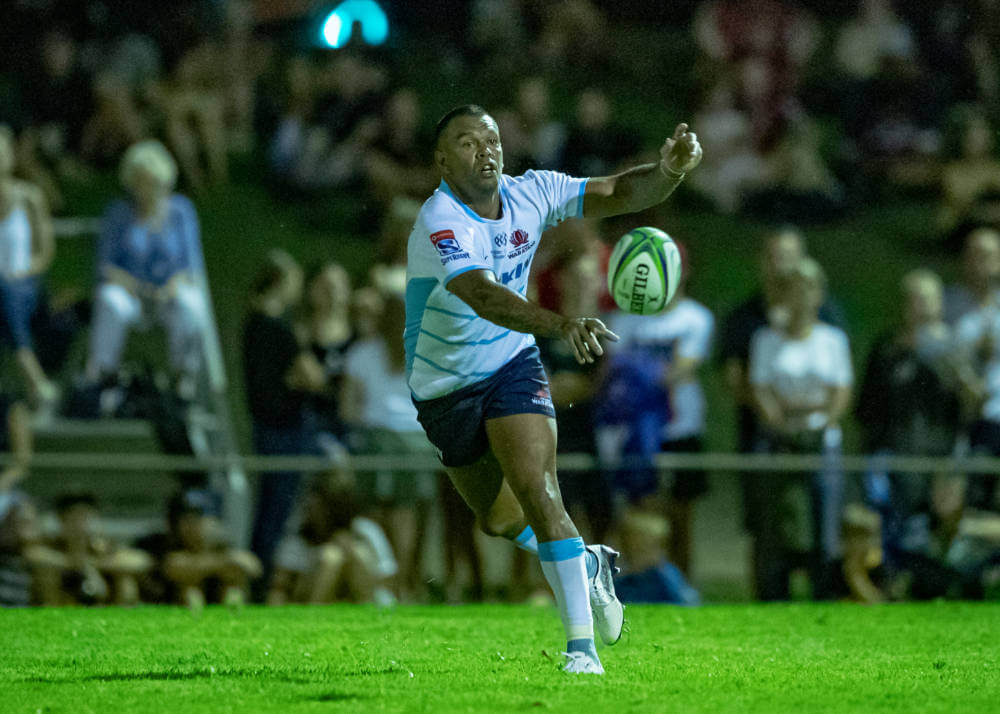 The Lions squad has faced a major overhaul since last season, losing 25 players over the off-season. Many of the departed were core the Lions successful run over the last 5 years which included 3 consecutive Super Rugby final appearances. The loss of Springboks’ Malcolm Marx, Kwagga Smith, Warren Whiteley, Lionel Mapoe, Ruan Combrink and Apiwhe Dyanti has kicked off a transition period for Lions. The squad has some largely unrecognisable names to the Aussie viewer but are now led by the well-known wildest haircut in Super Rugby, Elton Jantjies.

The result has been some early season jitters, starting the season 1-2. They kicked off their season with a pantsing 38-8 loss against the Jaguares in South America, followed by a return-to-home victory over the Queensland Reds. The Lions then came agonisingly close to toppling the conference-leading Stormers in their last round, falling short 33-30 after a try on the buzzer, before coming into the bye.

Their mixed results are hard to judge. They would have expected a comfortable victory over the Reds who still tested the Lions for 80min, but their performances against more-fancied rivals could be graded as deplorable and admirable, respectively. The Lions will want to establish consistency this round and the hapless Waratahs may be the perfect opportunity to do so.

Much of the focus of Friday’s match-up will be on two dynamic attacking forces, the respective fullbacks, Kurtley Beale and Andries Coetzee. The two internationally-capped custodians hold the key to unlocking fast, running rugby with dry conditions expected in Parramatta on Friday night. In such conditions, the Waratahs will likely look to get Kurtley early ball to create space for his outside backs, and poke holes in a stretched Lions backline. Don’t be surprised to see Kurtley move in and out of first receiver to take pressure off rookie flyhalf Harrison. Many punters are still uncertain of the new 10, and calls for Kurtley to move to five-eighth may not be far off, given the Waratahs’ greater depth in the outside backs compared to the flyhalf position.

Coetzee has been out of Springbok reckoning since 2017 but the long-locked fullback will have his eyes on a return to the national outfit following the usual post-world cup exodus of Springboks to retirement or Japan. Coetzee has been a consistent attacking threat for the Lions all through their recent dominant history, and the pressure will be on him to light a spark for the backline. That period of recent success was characterised by a traditionally non-South African style of play, counter-attacking from all over the pitch led by the likes of Jantjies, Coetzee, Lionel Mapoe and Ruan Combrink. If the Lions wish to be amongst the top brass of the South African conference come season’s end, much will rely on Andries Coetzee recreating his attacking class, 2016-2018 style.

Both teams had a bye in Round 4.

There is a swap at hooker, with Jan-Henning Campher coming on to replace Pieter Jansen. Carlu Sadie earns a start at tight-head prop replacing former Springbok Jannie du Plessis with Frans van Wyk coming into the reserves. Andrew Warner is the new man at scrumhalf with Hacjivah Dayimani retaining his spot on the bench. Flyer Courtnall Skosan is out, with speedster Jamba Ulenga coming in. 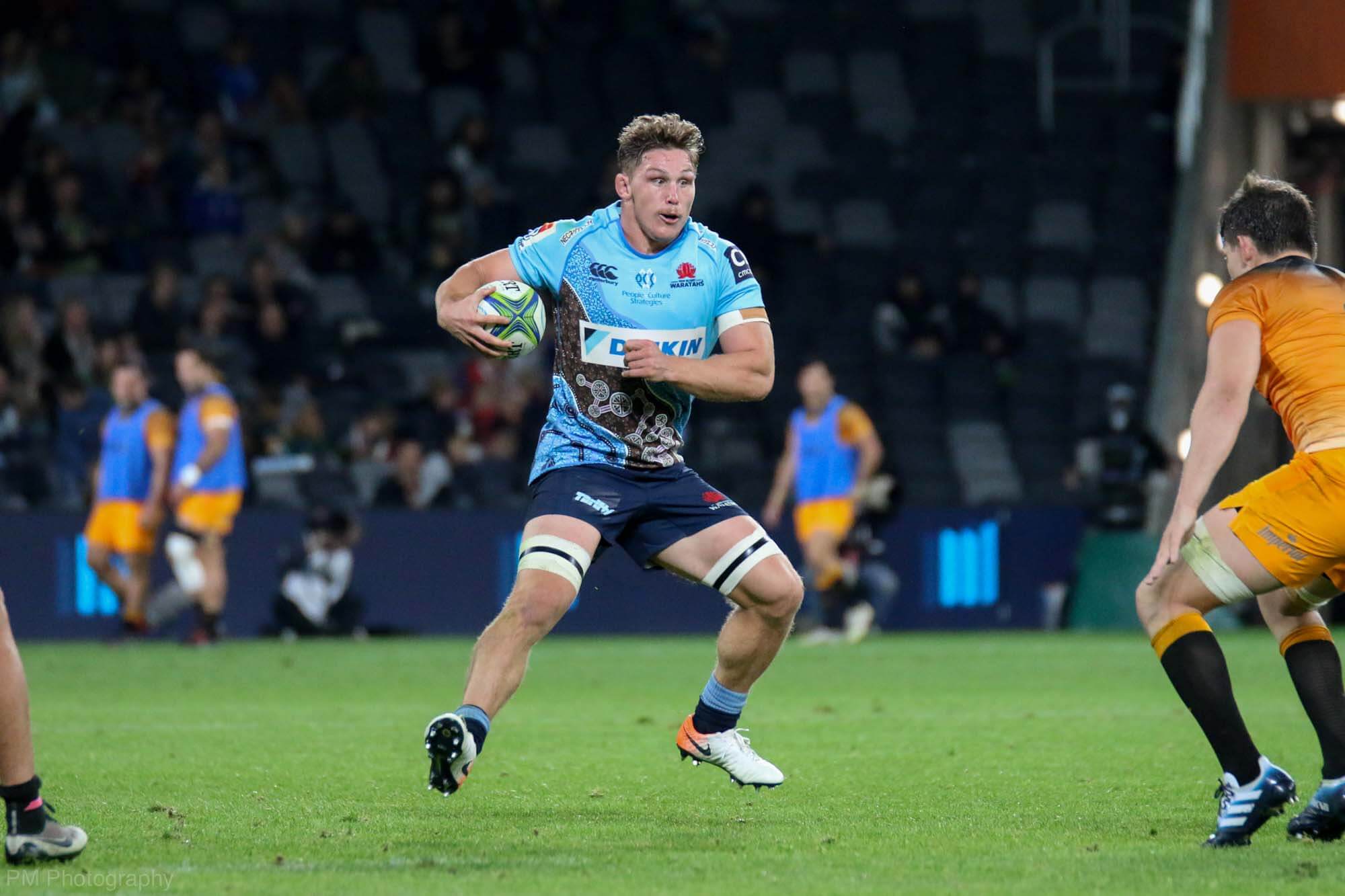 There’s a lot on the line considering the time of the season. The Waratahs will be motivated to arrest their early season slide but the Lions will be hungry and will certainly smell the blood of their wounded and desperate opponent. I will be taking the away-side. Lions by 12 points.