A letter to Andy Marinos 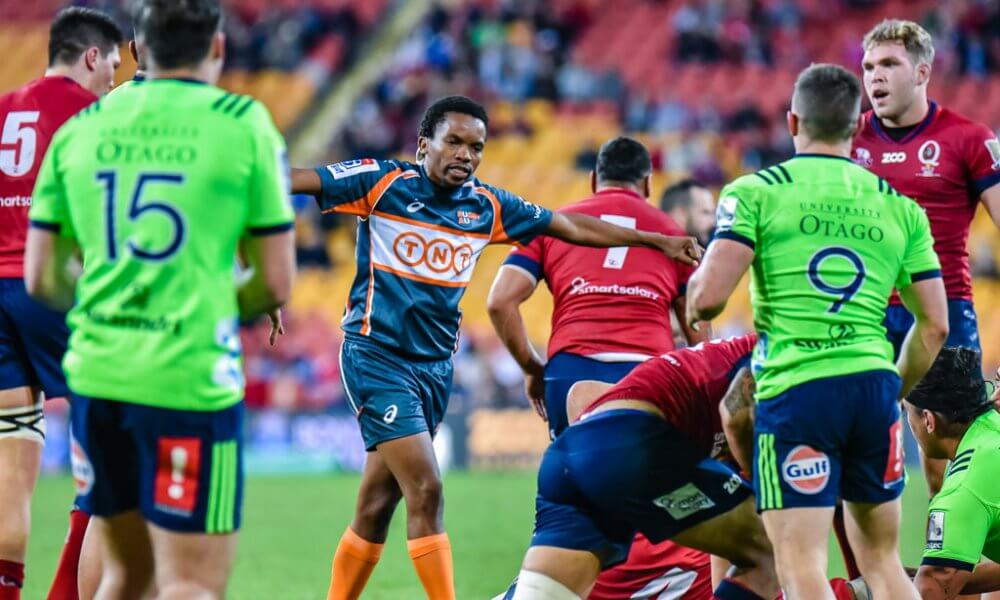 A letter to Andy Marinos

Below is a letter we’ve sent to Andy Marinos, the current Chief Executive Officer of SANZAAR, regarding some concerns we have around the refereeing of Super Rugby in recent years.

I write to you on behalf of the readers of the biggest supporter driven web site in Australian Rugby – Green and Gold Rugby (www.greenandgoldrugby.com) as well as, it would seem from recent social media activity, many rugby fans across the southern hemisphere.

I am sure you have seen the media that has been driven by some preliminary research one of our contributors pulled together around the impact of home referees in Super Rugby over recent years.  The content was shared widely on social media and picked up by traditional media in Australia, New Zealand and South Africa at least.

We received considerable feedback on this data, largely supportive of the message it told, but some also questioning aspects of its relevance. It was the result of some of this questioning that has prompted us to do additional research into the matter and has, in turn, prompted this letter to you.

The figures, which I will present to you shortly, show the impact of home referees on international Super Rugby matches and calls to question the integrity of Super Rugby more broadly.   Further, meaningful consideration must be given to how South African referees are used in these matches moving forward.

Allow me to set the scene first.  We investigated all Super Rugby matches played over the last three completed seasons, being 2017 to 2019 using data from the official Super Rugby website.  To determine the impact of ‘home referees’ we focused solely on matches between teams from different countries, i.e. no local derbies.

One of the most common responses by people questioning our initial results was that ‘Home Ground Advantage’ (HGA) was an accepted factor in such games.  This may be with regards to the impact of crowds, travel, hotels, etc. on the match outcome.  It should not be a factor with regards match officiating.  And in fact, it isn’t.  From the 246 matches in our sample the penalty count was 2,176 against the home team and 2,374 against the away team. That works out to a per match count of 8.85 to 9.65, or a ‘Home Ground Advantage” of 0.80 of one penalty.

The table below breaks this down a little further.

You will see when we dig deeper that neutral referees (i.e. those from neither country represented in the match) produce staggeringly consistent results at a nominal 0.20 HGA.  Even when the referee is from the visiting country, the HGA is relatively insignificant.

The concern comes from when a referee from the same country as the home team is in control of the game.  On these occasions, 105 times over the previous three seasons, the home team receives an average of 1.56 additional penalties each game.  From a per match perspective perhaps these figures don’t raise too many concerns.  Less than a couple of penalties a match difference? Who cares, right?

Well, perhaps, but it was worth delving a little deeper. So, let’s look at the breakdown of those hometown performances. Again, please refer to the below table for a summary based on the nationality of the referee.

While the overall figure of 1.56 penalties per match in favour of the home team under a home team referee could be argued is not cause for concern, the figures per nation should raise alarm bells.  We are happy to put aside the two home matches the Jaguares have had refereed by a local as a small sample size.

What is more of a concern is the impact of South African referees when they are refereeing matches within the Republic.  On these occasions they are favouring the home team by an alarming 3.67 penalties a match. When compared to Australian (whose HGA is 0.50) and New Zealand referees (an HGA of -0.26), the South African statistics raise even more concerns.

Again, we wanted to dig into these hometown refereeing stats a little further and break it down per referee. Let’s start in our own backyard and look at Australia.

In the below table you will note a couple of high HGA numbers against Damon Murphy and Will Houston, however as both have only refereed one match at home, we can discount them.  As a result, Angus Gardner has the highest HGA at 0.93 which is a barely above the ‘all referee’ average (0.80).  Nic Berry, across his four games, seems to favour the away team which is a concern for sure but perhaps the subject of a separate review.

Moving across to New Zealand, remember that their overall HGA had them very slightly favouring the away team. However, they do have a few individuals who have a trend towards awarding more penalties to the visiting team.  Ben O’Keefe at 2.50 penalties a game leads the pack from Mike Fraser and Brendon Pickerill at HGAs of just over 1 penalty a game.  Similarly, to Berry there are some officials that go too far the other way with Nick Briant (-4.0) and Jamie Nutbrown (-2.33) leaning towards the away team.

Which brings us to South Africa.  Every single South African referee’s figures indicate an HGA in favour of the teams from their nation.  More significantly some of the numbers are seriously concerning.  Egon Seconds rules on average 8.5 extra penalties a match against the visiting team, while Jaco van Heerden is not far behind with 6 extra penalties whereas Rasta Rasivhenge sits in third spot with a 4.67 HGA. All three record HGA figures that are higher than any other nation’s referees.

Andy, there are further figures that I could throw at you to further our case here but if the above doesn’t tell the story then I don’t think anything will. Our initial investigations alluded to potential concerns around the Match Officiating strategy within Super Rugby. Our follow up has proved that it is a serious afront to the legitimacy of this competition.

It is our belief that SANZAAR should pursue a policy of neutral referees wherever possible. If nothing else, it will allow the fans to focus on the match free from any concerns regarding the affiliation of the referee. However, our analysis has shown that these concerns are valid when one examines matches in South Africa that are overseen by a local official.

We will be posting these figures and letter on our website as a follow up to our initial research. We would welcome a response by you, either written or otherwise at your earliest convenience. We would be more than happy to provide more information on our methodology if required.