Lions v Reds – Was it worth it? 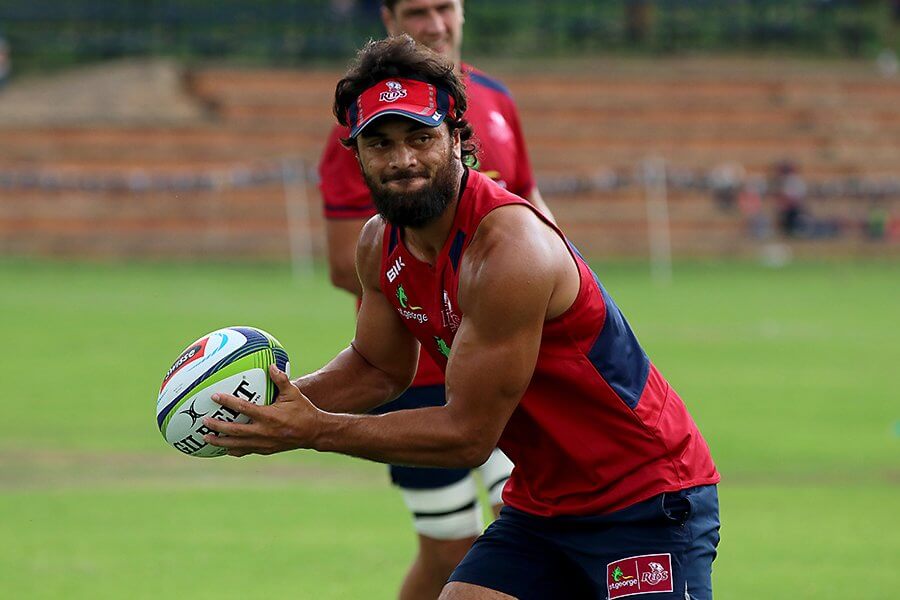 Lions v Reds – Was it worth it?

1:00 am. That in between time when you are not sure if you should go to bed or not….. Stumble outta bed, stumble in the kitchen, pour myself a cup of ambition……. Is this going to be worth it?

With the Lions on a seven match winning streak at home this was always going to be a tough ask for the Reds.

The first 10 minutes was back and forward between the two teams with both making errors to relieve any pressure the opposition might have been able to muster.

The best opportunity for the Reds came after the sixth minute when the Lions were penalised for not rolling away. Finding it difficult to get through the Lions defence in the resulting plays, Frisby dropped the ball onto his foot with a view to pick up Nabuli but the ball beat everybody into touch.

From the lineout and a subsequent error by George Smith the Lions ended up with an attacking lineout 10 meters out from their line. Van Rensburg made a break passing the ball onto a charging Kriel who was held up over the line by some good work by Perese.

Both sides then traded errors for the next few minutes until Jantjies got a nice ball to van Rensburg who made a break down field off loading to Skosan for a try under the posts. Jantjies converted. 7 – 0 in the 18th minute.

The Reds standard play of “give it to Kerevi” was shut down over and over again with the Lions being very attentive to Kerevi in defense. This ploy really should have been shelved early, along with the chip kicks, but I guess the number of handling errors made probably would have negated any effort in this regard. Having said that the Lions were also trying their best to sabotage their scoring opportunities finding a variety of ways to let the Reds back into the competition. The Reds just didn’t take them up on said opportunities.

A sniper made his presence known in the 30th minute when Slipper collapsed at the front of a lineout with what appears to be a achillies injury, bringing Marcus Vanzati into the game earlier. This did not help a struggling set piece, and Moore followed him into action just before the half time mark.

After a successful penalty kick it didn’t take long for the Lions to be back applying pressure to the Reds line. After a knock on by the Lions, a clearing kick from Moore went into touch about 15 meters out. The ref, however, deemed that there was no advantage and returned to a scrum five metres out. Personally I think that a Lions lineout 15 metres out would have been more advantageous to the Reds than a scrum five metres out no matter that the Reds were feeding the scrum. (Yes. We were doing that badly.)

The resulting penalty to the Lions from the scrum ultimately lead to a maul from a line out and a try to Jaco Kriel. Jantjies missed the conversion but it still meant that the Lions went to the oranges 15 – 0 up.

Both teams started the second half as they meant to continue. The Reds with a bunch of mistakes and the Lions going to set piece at every opportunity.

In the 45th minute Nabuli was binned for cynical play (not releasing) after a scrambling tackle on Mapoe. The resulting tap from de Klerk eventually lead to van Rensburg going over for a try, through a high tackle from Cooper. This resulted in Cooper being shown a red card and the Reds being down to 13 men. Perese was probably lucky that his tackle slipped out of the frame otherwise it could have been 15 on 12. This was shaping up to be a long half of rugby for any Reds supporters who might have braved the early morning.

Two minutes later there was spectacular collision between Hunt and Marpoe as the Lions made another raid on the Reds line and some tenacious defence by Tuttle meant that the ball was knocked on in goal by Tambwe.

Another scrum and another penalty against the Reds. And, following another scrum, the Lions were in again through their hooker Malcolm Marx. 25 – nil with Jantjies missing another conversion as it bounced of the posts.

The next 10 mins it was service as usual with mistakes by each side handing possession back to their opposition and neither team being able to capitalise.

In the 61st minute the Reds handed possession back to the Lions yet again through a forward pass. From the resulting scrum the Lions put Skosan over for his second. Even allowing for only 14 men on the field, that was way too easy. Jantjies managed to hit the post again but it bounced the right way and was through.

Retaining possession from the kick off, the Reds appeared to get sick of the holding the ball so Higgers kicked it back to the Lions after three minutes and the Lions returned the favour with interest and Skosan was in for his third of the night. Coetzee took over the kicking duties and the Lions were up 39 – 0.

After a double knock on off the kick off, the Reds managed to get the ball out of a scrum. The ball made its way to McIntyre who put Hunt into half a hole in the Lions’ defensive line, who off loaded to Paia’aua for the Reds to get their first points on the board in the 68th minute.

So as not to be seen as bias, the snipper made his presence felt again by taking out one of the Lions players in the 71st minute. You may think I jest, but what other explanation can there be when two players go down when there is absolutely no one else around them and nothing going on.

While this was happening Hunt was penalised for not releasing the player in a tackle. From the resulting line out the Lions spun the ball wide through several phases and put Skosan over for his fourth of the night.

The Reds were to have the last say however. After a series of penalties by the Lions Tupou backed over the try line and forced the ball down in the 78th minute with McIntyre converting bringing the final score to 44 – 14 in favour of the Lions.

The Reds were their own worst enemies in a lot of cases. The decision making just continued to return the ball to the Lions over and over again and put the defence under pressure, but how do you teach patience? This needs to be sorted other wise it is going to be a long season. Next week against the Jaguares is going to be another difficult game. The young guns are going to have step up with Slipper and Cooper expected to be missing.

Not sure there was one. Reds were always going to struggle. The loss of Slipper early probably caused some disruption that meant their fight back was delayed. We will never know if they could have got closer had the experience of Slipper been around for a while longer.

It is hard to go past Skosan with his four tries. De Klerk and Kriel also played well for the Lions.

From a Reds perspective Hunt worked hard all night in defence and attack and was probably the stand out despite giving away some penalties.  He will also be important going forward as we can expect Cooper to have some time off going forward following his red card. Smith also doing a lot of grunt work and pestering at the breakdown.

Not many of the Reds covered themselves in glory. As mentioned previously Hunt was the standout. Smith still showing his class but has he made himself available for international duties again? Kerevi was kept quiet most of the night by a lot of targeted attention.