Joeys blows past Shore in Trial 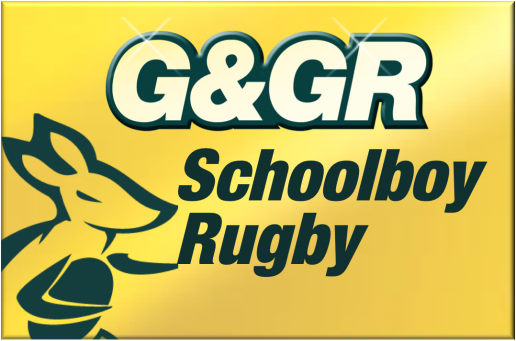 Joeys blows past Shore in Trial

+++Joeys scored 4 tries to 2 at Northbridge to win their final GPS trial, but they wouldn’t be completely satisfied with their performance.

Shore were the better team at the start and had a try on the board early, but at 10 mins. Joeys broke out and scored a brilliant try after the ball went through about 6 pairs of hands for 14. Newsome to score. Then Joeys’ 13 Barclay scored an individual try when nothing was on. With the wind behind them, yet 5-17 down, Shore looked due for an uncomfortable afternoon. Then just before oranges a nicely placed kick for touch put them near the Joeys goal line and they broke through for a try.

There was no scoring in the scrappy 3rd quarter but the Shore boys flagged in the 4th and Joeys finished over the top of them. 8. Watts scored a try through traffic and 13. Barclay finished them off with a 2nd individual try from nothing.

It was a bitter windy day and and a lot of the lads had trouble passing long with cold hands. Handling errors compromised attacking chances, but the loose ball offered break out opportunities for defenders. Holding onto the pill in the collisions was not easy either. Both teams should be congratulated for how they dealt with the weather -and the tacky surface, which made footwork difficult, especially around the cricket pitch area.

9. Pulver was not available for Shore, nor was the Joeys 6/8 O’Donahue, with a cork, nor their 9. Makasini. It was good to see 5. Schwager back for Joeys. It looks like he has put on some pork, but hasn’t lost his skill, as he started the move that led to the Watts try in the 2nd half.

• 15. Davies was hard to stop most times he had the ball and was almost too successful because whilst escaping from defenders he ran away from his supporting players also.

• 14. Oldham did some smart things and none better than setting up 12. Koukoulis with a perfect pass for a beautifully worked try.. that wasn’t – because it was called back for an earlier incident. It deserved 5 points that effort.

• 10. Clancy was dangerous when taking on the line and drawing players so he could pass short, but his long passes in the wind with cold hands was often ropey. His tactical kicking in the wind was good except when he gave up 50 metres when kicking the ball dead in goal.

• 12. Kououlis was hard to stop in traffic and once I thought he should have passed near the Joeys goal line, but proved me wrong by forcing his way through for the try.

• The front row of 1. Robertson, 2. Carolan and 3. Sandell was dominant in the scrums and when Sandell had to be replaced after oranges and Carolan moved to THP, the Joeys scrum was just as imposing. Carolan had a great day individually and was always diligent in getting into position to do stuff, which sounds simple until you watch a lazy fatty doing the opposite and see the effect of the difference. Like Robertson he also made his mark with ball in hand.

• 4. Bartlett earned his promotion to the Ones for his work in the lineout alone. He bullied the Shore throwers and diverted some of their ball to his team.

• 6. Goldie was a complete pain in the arse all day- and I say that in a complimentary way. He made a nuisance of himself and spoiled many little endeavours of the Shore boys, not always lawfully, but in total, effectively.

• 12. Pay had a strong debut in the Ones and should hold his place on that showing. The nuggety inside centre is fast and elusive and made a few significant breaks. The fellow he replaced, the robust 15. Kay, made a good fist of the fullback role and broke a couple of tackles on attack, though he has more work to do in his role as a custodian.

Shore will have to improve their handling to take advantage of more of their chances. Their set piece work will have to get better also. Their forwards put in good efforts at the breakdown but they weren’t as co-ordinated as the better drilled Joeys’ forwards were, both with and without the ball. They have to be more alert against surprise moves by players like Barclay of Joeys. They also must not doze off in supporting their own ball runners.

Joeys will have to improve their goal defence because both Shore tries were scored from close quarters and too easily. They also have to commit fewer players to the ruck as they have wanted defenders wide out in every trial game this year. A better backline than that of Shore would have punished them more.

Their discipline has to improve also. They were pinged too often for going off their feet, especially in the first half.

There were a few things we found out in Round 6 of Super Rugby and in other games last weekend and they concerned a new star of our game, Kiwi worry, rugby asses, the theatre, black-washing and report cards.

McKenzie will be an All Black this year

Fullback Damian McKenzie had a Super Rugby game studded with brilliances in Canberra against the Brumbies as he did against the Force, in Hamilton last week. He has scored in all six games this season and is threatening to tie the record of seven which Chris Latham holds.

The first time I saw him wreck the chances of an Aussie team was when he was an 18-year-old flyhalf and converted a late try from touch for NZ Schools to beat the Aussies 17-16 at Knox in 2013 .

He had handy mates that day such as Akira Ioane, Blake Gibson and Sam McNichol. Australia had 16 year-old winger Henry Hutchison, who looks on-track for Olympic selection in Sevens.

Even then he looked like a fullback with the wrong number on his jersey.  But at 78 kgs—Sevens maybe after school, but nothing else.

How wrong was I?.

The affable young Kiwi has proven that with his weaving running and last-second passes, in a team good enough to beat a rest of New Zealand side, that small men at fullback have a future if they are brave enough in contact— and he is.

Expect to see him on the bench against Wales.

We shouldn’t worry about the Kiwis

We keep hoping the Kiwis will lower their standards.

The All Blacks were ropey in Sydney last year. The Wallabies beat them at the breakdown and they offloaded the ball standing still—even Carter looked ordinary. But they got revenge in the next match and had a decent win later in the year; so I heard.

But their Super Rugby teams would suffer this year with some great players absent, and hey—the Brumbies humiliated the Hurricanes in Round One and the Highlanders, the 2015 Champions, looked average against the Blues.

But look at them now: it’s a black-wash. They have only one team in the bottom half of the table, whereas the Aussies and South Africans have three each.

There have been 18 games amongst the old Tri-Nations teams (for 36 participations). Counting draws as half a win – NZ has won 12½ out of 15 participations, South Africa 3 out of 10 and Australia 2½ out of 11.

There have been just three surprises in the 18 matches: the Brumbies thrashing the Hurricanes in Rd.1, the Lions winning in Hamilton, and the Highlanders belting the Brumbies.

So stop worrying about the Kiwis – they’re going OK.

Highlanders v Force
In the third minute Highlander LHP Brendon Edwards is assisted off the field; so Dan Lienert-Brown trots on. At 28 minutes he gets friendly fire  from the elbow of no. 8 Liam Squire and has to get assessed.

On comes Josh Hohneck and at 31 minutes there is a scrum; the ref said they’re uncontested.

Matt Cooper: It is the law, but they’re taking the Highlanders word on it.

Grant Nesbitt: What do you mean they are taking the Highlanders’ word?

Matt Cooper: That [Hohneck] can’t scrummage on the other side.

Christian Cullen: It just doesn’t seem right, does it Nisbo?

Lienert-Brown returned after a few scrums but the law is an ass because Laws 3.5 (g) and 3.5 (h) don’t cover the case where props have experienced THPs who can play on the loosehead side safely. It would be different the other way – if LHPs had to go to the strength THP side, but this was not the case.

But here’s the kicker: THP prop Hohneck started at LHP against the Crusaders, Chiefs and Waratahs last year, and the other THP, Siua Halanukonuka, had run-on there for Narbonne and Tasman.

The Top 14 is more dramatic than Super Rugby

That got your attention. To be exact: they have more dramatics.

For example, the clubs hate each other, and although their presidents are supposed to sit together at matches, they don’t have a lot to sayto each other: it’s hilarious.

The Toulon v Clermont match on Sunday had some theatre: it was a big game and Clermont (1st), was only five points ahead of Toulon (4th). Only the top two teams qualify automatically for home semi-finals and not have to bother about quarters.

Toulon warmed up their crowd with the “Pilou pilou” chant. Then their posturing filthy-rich president, Mourad Boudjellal, swanned around on the sideline trying to look cool and scary. This is the bloke who wants to take his club to the Aviva Premiership.

The game? Aussies Giteau and O’Connor were supposed to be in the Toulon match day squad but weren’t. Mitchell was on for 24 minutes but had to retire with a groin problem.

Toulon were leading, six goals to four, when rugby broke out at 76 minutes and Choully scored for Clermont. The shot clock wound down as Parra milked the seconds before the conversion for Clermont to lead 19-18—and they held on.

So; there was a smidgeon of real rugby drama.

This was not a great week for the Aussies.

Force+B-+++The best Aussie side on the weekend though they lost—their two opening tries were electric.  In the past they contested for an hour at best, but they put it to the Highlanders, and defused their kicking game effectively.  They had a chance until late in the game.

Rebels+B-+++A gutsy effort from the Rebels for their first win in Sydney, showing in parts that they may be the real deal at last. Almost a B but they had their own ration of gaffes and looked shaky in the second half as the Waratahs threatened to come back.

Brumbies+C- +++Not a D.  The Chiefs would have beaten any team with their old Brazilian soccer build up and pounce, but the Brumbies’ hitherto strong defence was poor in the third quarter. Well-beaten by the Stormers two weeks ago and now by the Chiefs, in different manners, will have Larkham scratching his head.

Waratahs+D+++Had a less dramatic repeat of the Highlanders game except their unsuccessful comeback was from 18 points down, not 30. As if poor execution was not bad enough, they are not handling their fair share of injuries well either. At least some new players were getting a run.

PS – Quote of the week

When Akker van der Verwe, reserve hooker, came on and scored two tries in eight minutes to help the Lions threaten the Crusaders at the end of the game, on-field commentator Warren Brosnihan, an old Lion himself (after playing league in Australia), said of van der Merwe.

He doesn’t run at the trees: he runs at the branches, and he’s built like a little warthog.