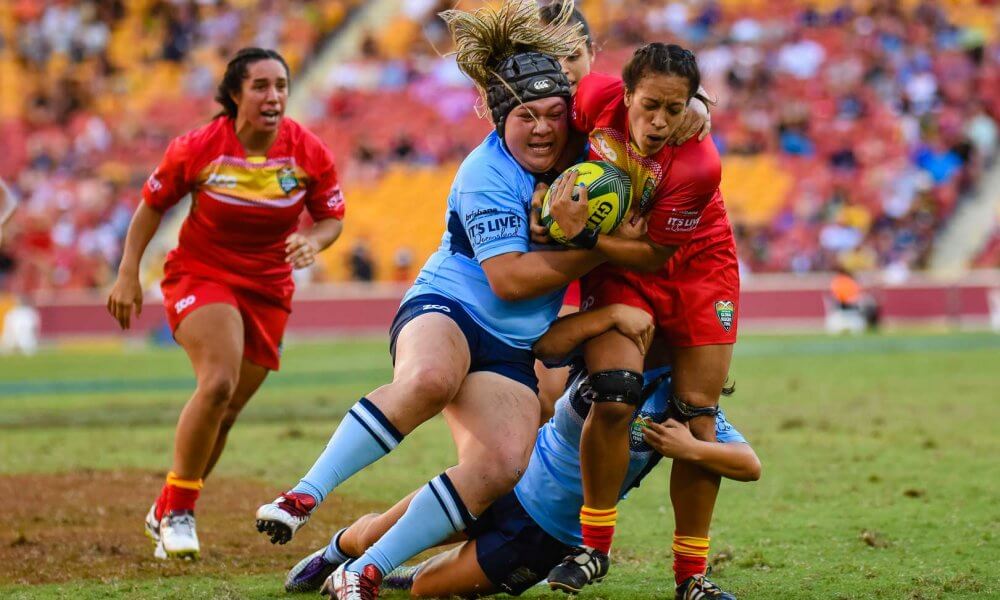 Considering it is the off-season there has been a hell of a lot going on in Australian Rugby this last 24 hours.  And for those looking for rugby to move away from its traditional ‘old boys’ ties, those changes have been significant for their female focus. Rugby Australia seems to be making a concerted effort to raise the profile of women’s rugby with some significant announcements of late.

Firstly we had the announcement of Raelene Castle as the new Chief Executive Officer of Rugby Australia. The former head of NZ Netball and the Canterbury Bulldogs is clearly an appointment of significant merit.  Her extensive sports administration background is unmatched in previous ARU CEOs and an acknowledgement of the uniqueness of the Australian sporting landscape and it’s divergence from, for instance, the legal and banking world.

But Castle’s gender cannot discounted as it is a demonstration of a change in the direction of rugby in this nation. Forget the fact she is the first CEO in the history of Australian Rugby to live outside of Northern Sydney, Castle is tangible proof of the organisation’s willingness to look beyond the traditional rugby heartlands and explore new markets.

With Castle to sit on the Board of the ARU, it means that the gender balance will sit at 50-50, an important achievement for a modern day sporting body (well…any corporate entity). As Managing Director, Castle will work with the Board already featuring Elizabeth Broderick, Pip Marlow and Ann Sherry.

Hot on the heels of Castle’s appointment, and in fairness a legacy of the Bill Pulver era, a new Women’s National XVs competition was launched – the Super W – to reinstate and reinvigorate a pathway to the Wallaroos. Something that has been lacking for a number of years.

Super W will run at the same time as Super Rugby and feature teams from Queensland, NSW, ACT, Victoria and Western Australia. Run as a six week program, with a final in April, the new competition may conflict with local club competitions but the long term gains should be notable.

It seems likely the event has been rushed as a response to the introduction of Women’s AFL, cricket and NRL competitions, however that does not take away from the opportunity it provides to entice and develop future Wallaroos.

To further add to the appeal of the competition, Rugby Australia has announced their intent to bid for the 2021 Women’s Rugby World Cup which will raise the profile of the game, and Super W, even further.  Given the promising signs shown by our Wallaroos in this year’s event in Ireland, despite almost nil resources and a limited preparation, it provides hope for the growth of the game across the country. 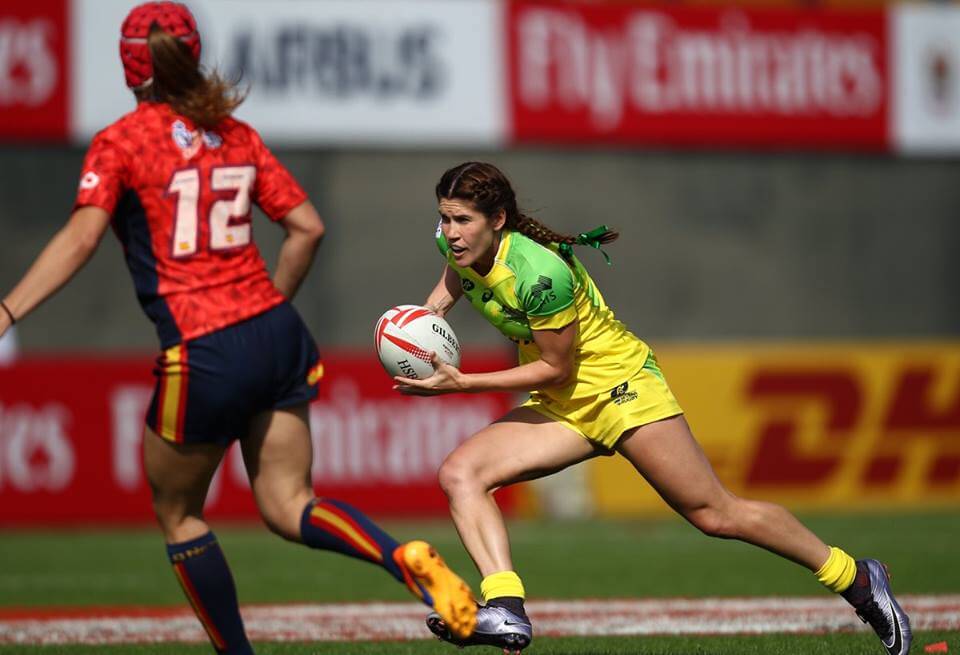 The significance of 7s:

While part of me still feels Rugby Australia has failed to fully tap into the value and appeal of our Women’s 7s team, the shortened version of the game remains a focal point in the sports strategic future.

In a couple of months’ time we will see the Sydney 7s kick off at Allianz Stadium which will include a leg of the Women’s World Series for the first time. After what can only be described as a successful cameo last year, Pulver and the ARU lobbied hard for an expanded format in 2018. In the end they got their way, an outcome no doubt influenced by increasing profile of our Rio Gold medallists.

Then there was the inaugural AON National 7s competition which had an absolutely belter of a debut earlier this season. The tournament itself, brought together on a shoe string budget and featuring teams in non-traditional markets such as Adelaide and Tasmania, produced excellent rugby throughout. More importantly the standard improved as the tournament progressed despite the University of Queensland winning undefeated. The talent showcased, and enhanced, will stand the national team in good stead with the Commonwealth Games and World Cup on the horizon.

What Caslick, and the rest of the Aussie 7s stars, deserve  is a domestic stage to show their wares . Where their growing fan base can see their skills and abilities up close and personal. Previously they were basically locked into Sydney and would only play in overseas tournaments. Now front and centre at the Sydney 7s, together with the AON National 7s competition, plus the inaugural Super 7s to be played in Brisbane among some of the best international 7s teams in the world the week before Sydney next year, these stars of our game can start to reach the fans across the country. 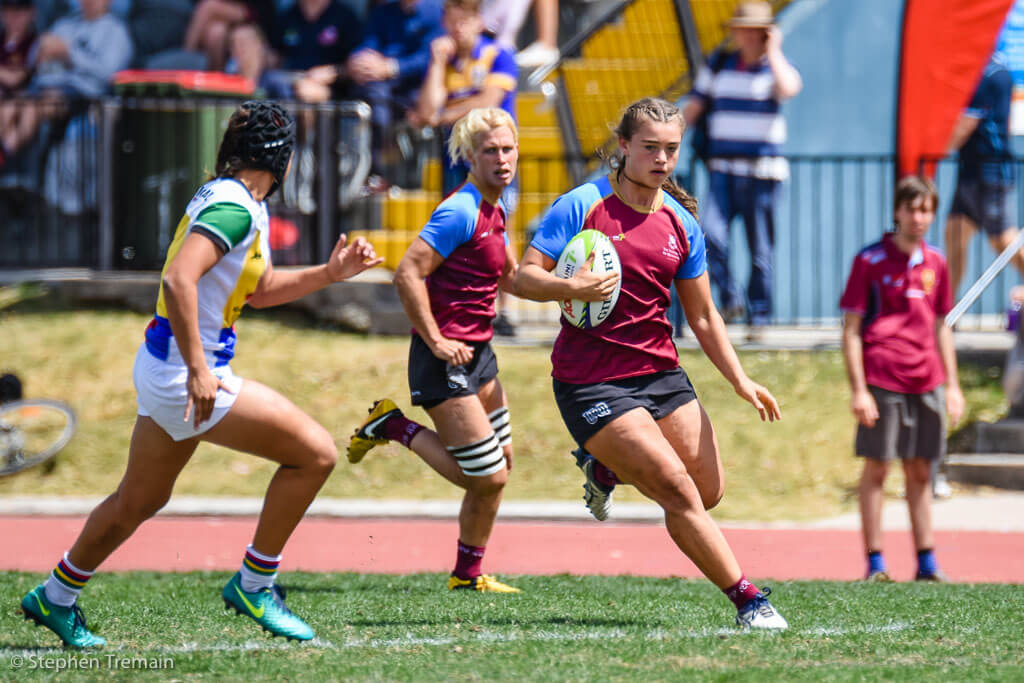 Lily Dick was one of many stars to emerge from the AON National 7s.

We are in the midst of a dawning of a new age of women’s sport, with all codes finally realising the need to provide competition opportunities for the ‘other’ half of the population. The key will be to distinguish what is purely ‘dollar seeking content’ and which is a legitimate strategy to drive increased participation and pathways in the game.

As recent reports indicate, Rugby Australia’s recent dramatic growth in school participation, escalating them from cellar dwellers to the top 10 in just a year, is a positive sign of a restoration of the building blocks for our sport. The fact that almost half of all of these participants were young girls highlights the need for these new initiatives.

It hasn’t been said much on this site of late, but kudos to Rugby Australia on their strategy and focus on boosting female participation and engagement. Long may it continue.